'Wednesdays on the Porch' streams live on Facebook at 7 p.m. 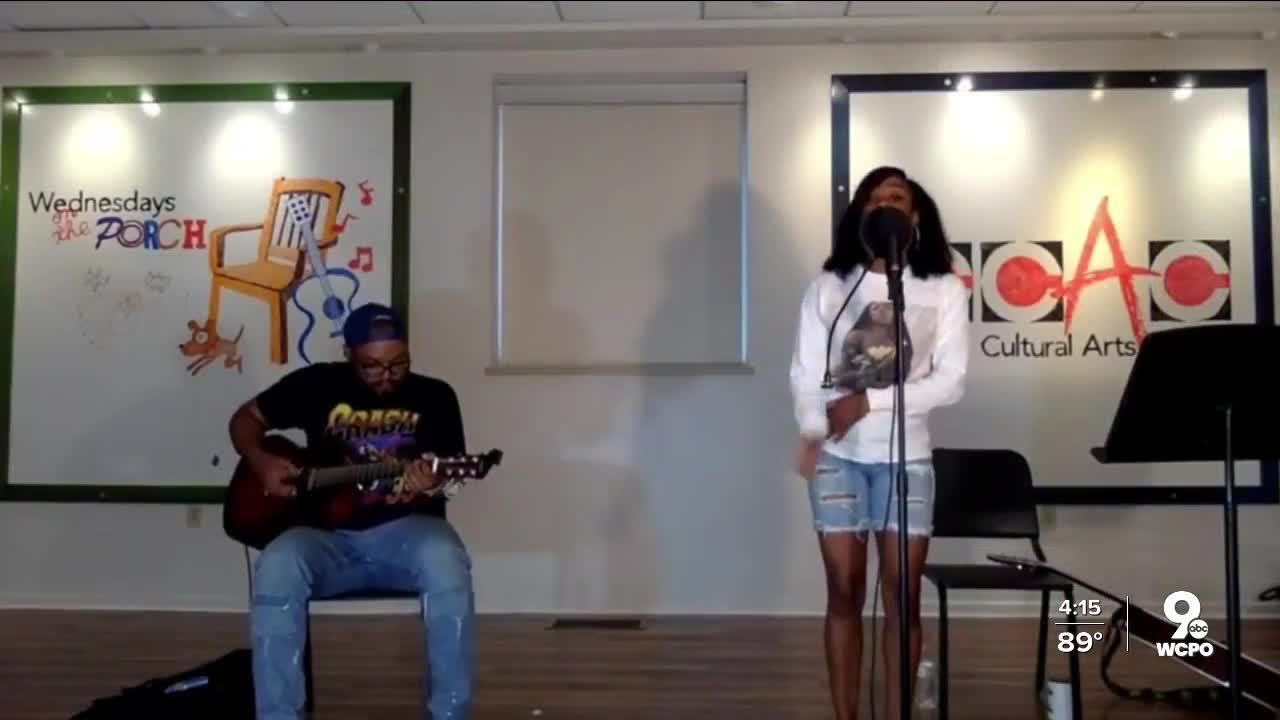 Artists are bringing music in the park to people virtually amid the COVID-19 pandemic. CINCINNATI — Music is often a way to spread a message of hope during difficult times. That’s one of the reasons the Clifton Cultural Arts Center was determined to adapt its summer concert series during the pandemic.

“There are a lot of other things going on in the world that are really oppressing the spirit,” said singer and songwriter Lauren Eylise. “So I think the only way to lift people — one of the most powerful ways, I should say — is through music.”

To lift spirits and maintain safe social distancing, CCAC turned its “Wednesdays in the Woods,” a weekly concert previously held in Burnet Woods, into “Wednesdays on the Porch,” a streaming concert on Facebook Live.

“It was really a matter of innovation by necessity and adaptation just like everyone else,” said CCAC executive director Leslie Mooney. “Our whole bread and butter is getting people together and building camaraderie. And so yeah this has been a particularly difficult time.”

Mooney said even though the concerts aren’t in person, she hopes the virtual format will help reach even more people in the community and from around the country.

The concerts will stream every Wednesday at 7 p.m. and feature a different artist each week.

Eylise said the performances offer a lifeline to people isolated by the pandemic.

Mooney shares that sentiment and said the concerts are uplifting people during the COVID-19 crisis.

“Anything that we can do… all of us want to continue to encourage people to make it through all this,” she said.

The live stream for “Wednesdays on the Porch” can be found on CCAC’s Facebook page.