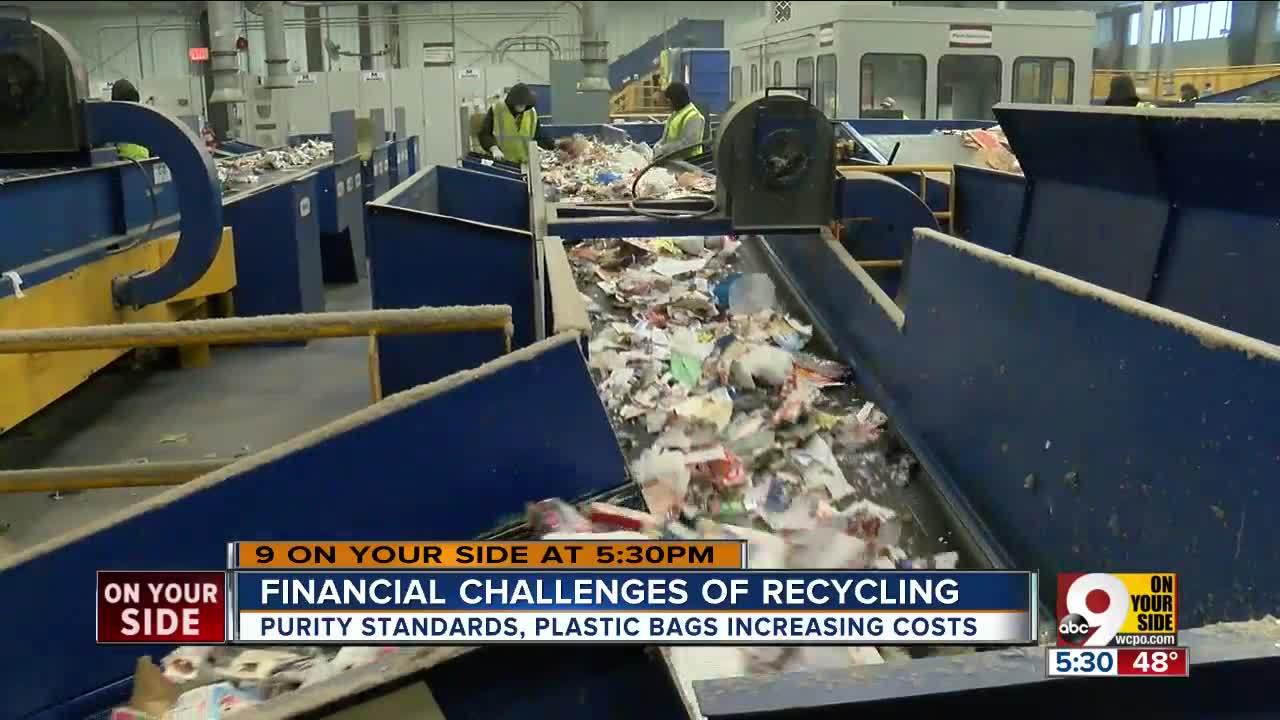 Purity standards and plastic bags are increasing costs for recyclers. 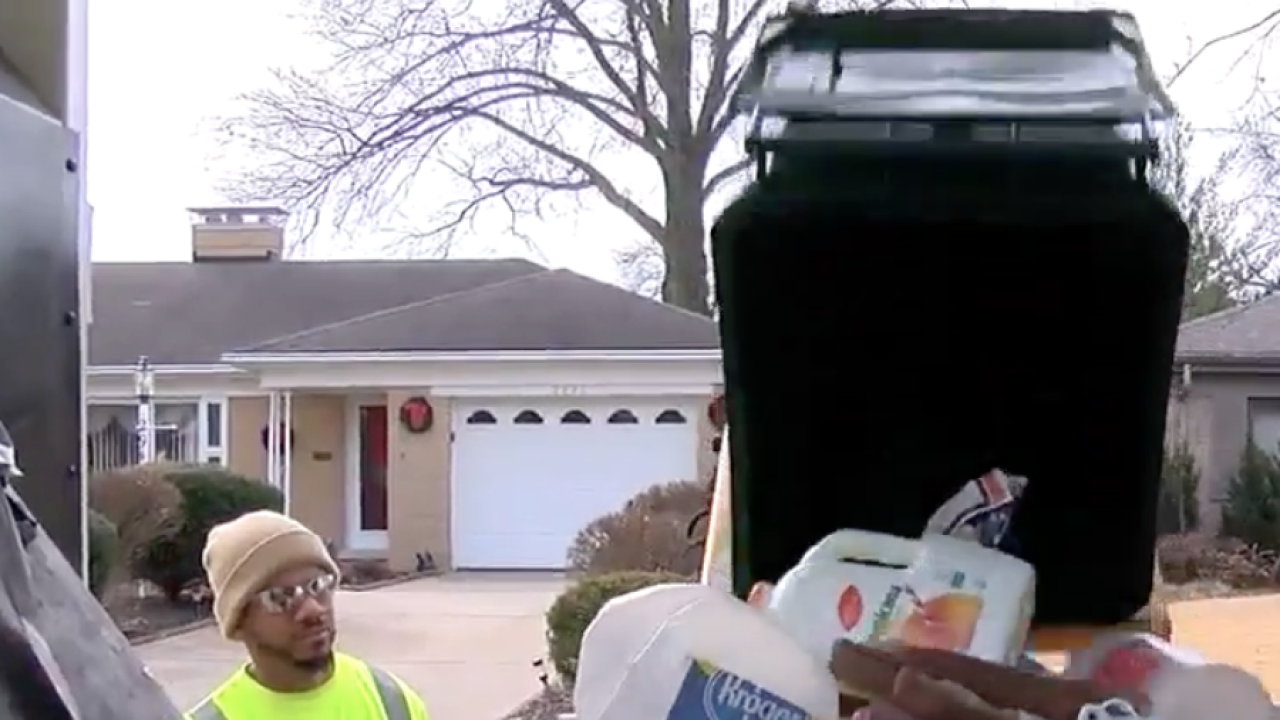 ST. BERNARD, Ohio — Everyone agrees recycling is the right thing to do. But some people keep doing it wrong.

That’s driving up costs, at the same time prices for recycled goods have fallen across the world, says Rumpke Recycling.

And that could affect what you pay.

The holidays are one of the biggest times of the year for Rumpke Recycling and they want you to watch what you put in your recycling bin.

The business has taken a downturn since 2017, when Rumpke processed more than a billion pounds of recyclables. The worldwide market was strong then, according to Rumpke corporate communications director Amanda Pratt.

In good times, China bought 55 percent of the world's mixed paper, but that suddenly changed, when that country implemented a stringent purity standard called "national sword."

The price for mixed paper fell from $75 a ton to as low as zero.

“We have to pay for the hauling, the insurance, the processing, and we count on the sale of the materials to cover those costs, but with prices dipping to nine-year lows, it's been a challenge,” Pratt said.

The biggest hurdle for the new sorters is picking out plastic bags from grocery and other stores. Large numbers consistently show up on the production lines.

“Take your plastic bags back to the grocery store. They can be recycled there. They don't go in your bin,” Pratt reminded.

Lithium ion batteries - the type used in rechargeable tools, cell phones and iPads - also don’t belong in your recycling bin. They are dangerous and cause fires when compacted, Pratt said.

“Last year we had as a company over 24 fires in our facilities and countless truck fires resulting from lithium ion batteries,” Pratt said.

Rumpke isn’t the only recycler in the area. Hamilton County Recycling and Solid Waste has about a 14 percent recycling rate, said Michelle Balz.

“That's the amount of material recycled compared to how much we see generated. That's pretty good, but we can certainly do better,” Balz said.

Some communities double that figure, she said. Evendale, Mariemont, Montgomery and Wyoming consistently at the top of the list.

“Every bit of material that you put in there, you’re saving resources that we don’t have to mine or cut timber down for. We can use those materials to make new goods. So, it’s certainly worth your time,” Balz said.

What should you recycle?

Much of what people use on a daily basis can be put into recycling bins and picked up by drivers like Jerry Grove.

“Newspapers, magazines, junk mail, envelopes, phone books, cardboard, pizza boxes - as long as there’s no pizza inside it,” Grove said. “No food, no grease, no oil, no liquids.”

One big challenge is cardboard. Rumpke used to pick it up from stores like Sears and K-Mart, but with Amazon big and getting bigger, more people have things shipped to their homes.

However, people aren’t recycling those Amazon boxes and Rumpke plans more education on the issue.

You can find out what materials should go into those containers at rumpke.com/recycling.

Rumpke is constantly evaluating costs against what customers pay or may have to pay, Pratt said.

“Just like any other business, we have to look at the cost and make sure we can provide a service that makes environmental and economic sense at the end of the day,” Pratt said.