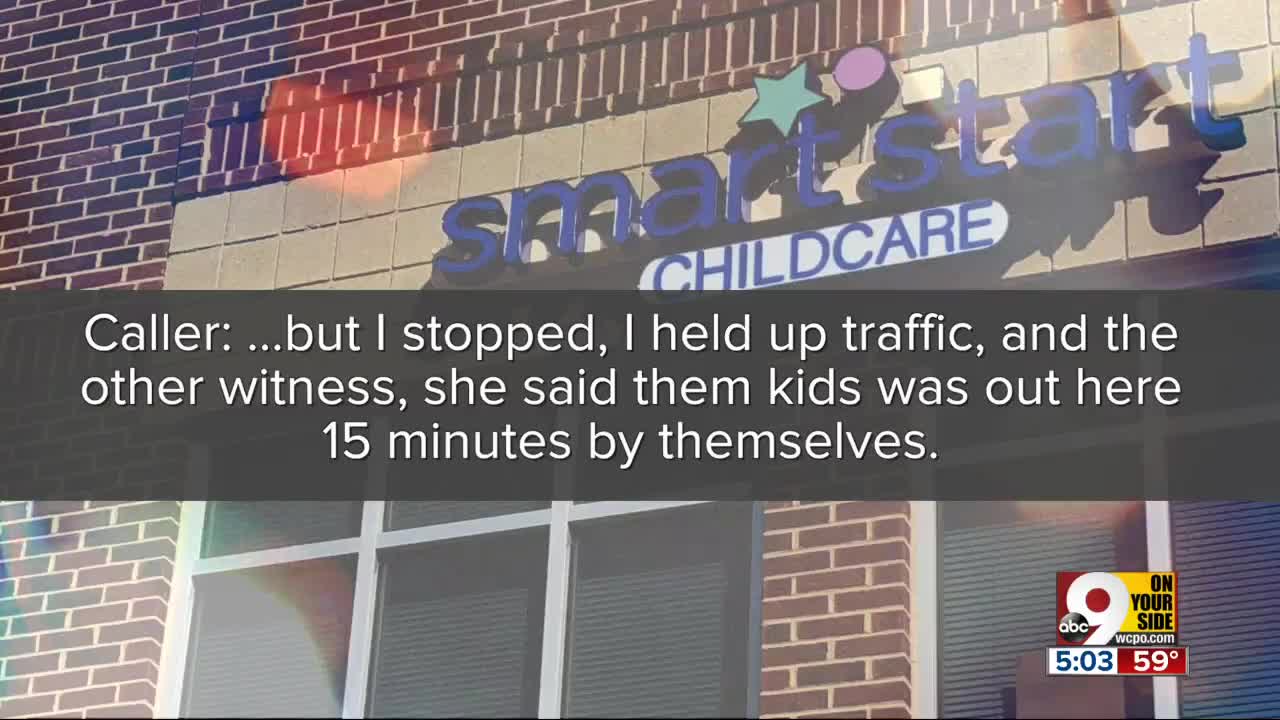 Colerain police and Hamilton County Job and Family Services reported that three children left the Smart Start Childcare at 7074 Harrison Ave., but were quickly recovered OK. A frantic 911 caller said she stopped her car and "blocked traffic to keep them from getting hit” on Harrison Avenue near Springdale Road. 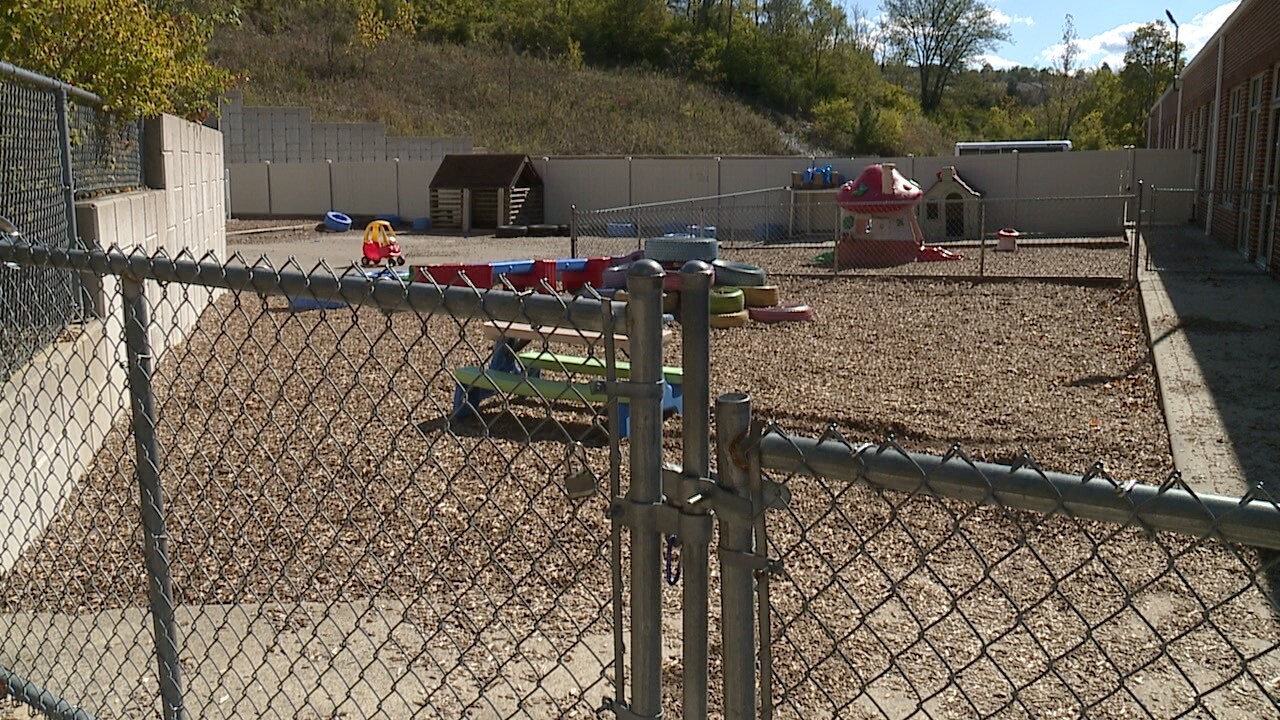 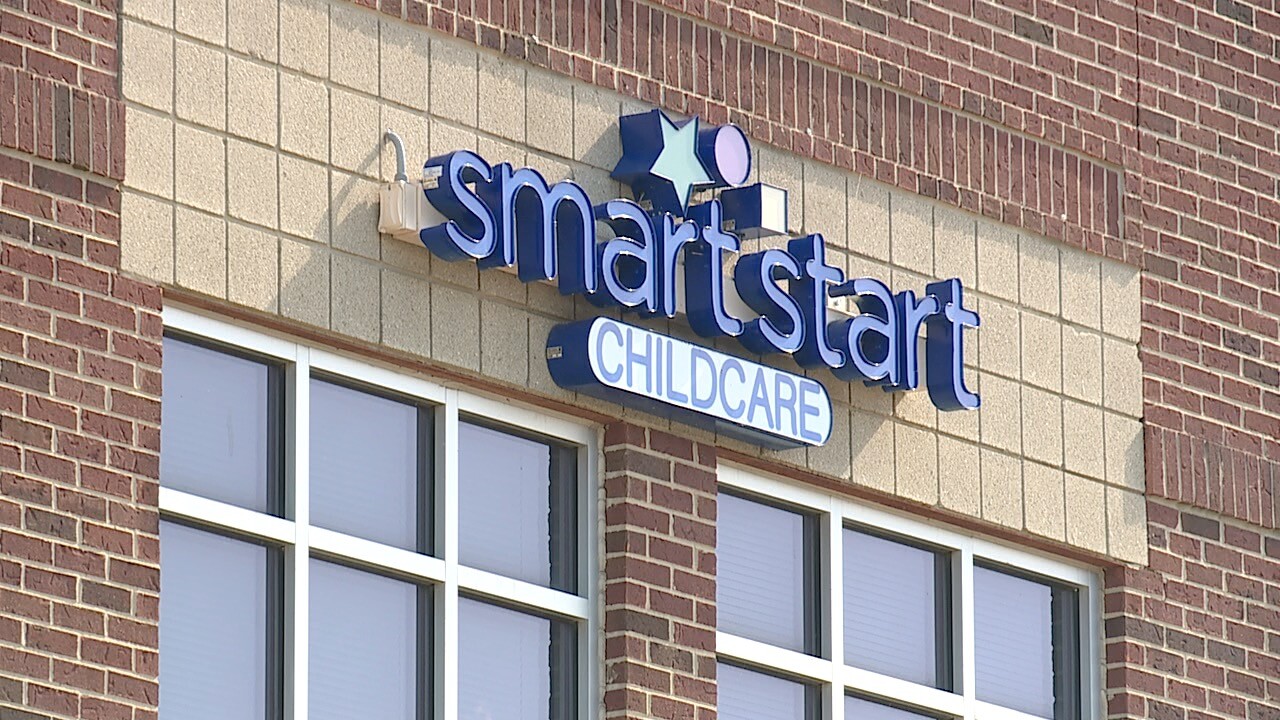 COLERAIN TOWNSHIP, Ohio — The state of Ohio is investigating how three young children wandered from their daycare center down to a busy, four-lane highway Wednesday morning.

A frantic 911 caller said she stopped her car and "blocked traffic to keep them from getting hit” on Harrison Avenue near Springdale Road.

“They were trying to cross the street," the caller said.

Colerain police said the kids wandered from a gated play area at Smart Start Childcare at 7074 Harrison between 10 and 11 a.m. Police said it was fortunate that two drivers stopped to check on them before they got into the road.

“The other witness, she said the kids were out here 15 minutes by themselves," the caller said.

The caller said three adults from the day care eventually arrived and took the kids away. Police said the kids are OK.

Smart Start Childcare has a short history - it got its license last May. But the Ohio Department of Job and Family Services found 21 violations in an August inspection. The violations range from safety concerns, unsanitary spaces and failure to post an emergency plan.

Ohio JFS said none of these violations raised any concerns at the time, but the department is now investigating what it calls an “unfortunate situation.”

Ohio Child Care Finder reports that Smart Start Childcare has a Step Up to Quality” rating of one star out of five. That is Ohio’s quality rating system for childcare providers.

Smart Start declined WCPO's request for an on-camera interview. In a statement, it said it is changing the locks and adjusting staff positions to prevent this from happening again. It also said it is considering possible disciplinary action.

Smart Start Childcare says in a statement it didn't live up to its standard for safety. Changing locks/procedures to be sure it doesn't happen again. Read full statement below. @WCPO pic.twitter.com/8v4ZQlgRFd

“Our center takes great pride in providing a safe environment for all children at the center and yesterday we did not live up to that standard. We feel terrible about the incident and are doing everything we can to ensure it doesn’t happen again,"
the statement said.

Hamilton County JFS said it is looking into the incident along with the state. It’s trying to determine whether this rises to “neglect or abuse.”