Sign of the times: ODOT turns to puns, fun to keep drivers safe 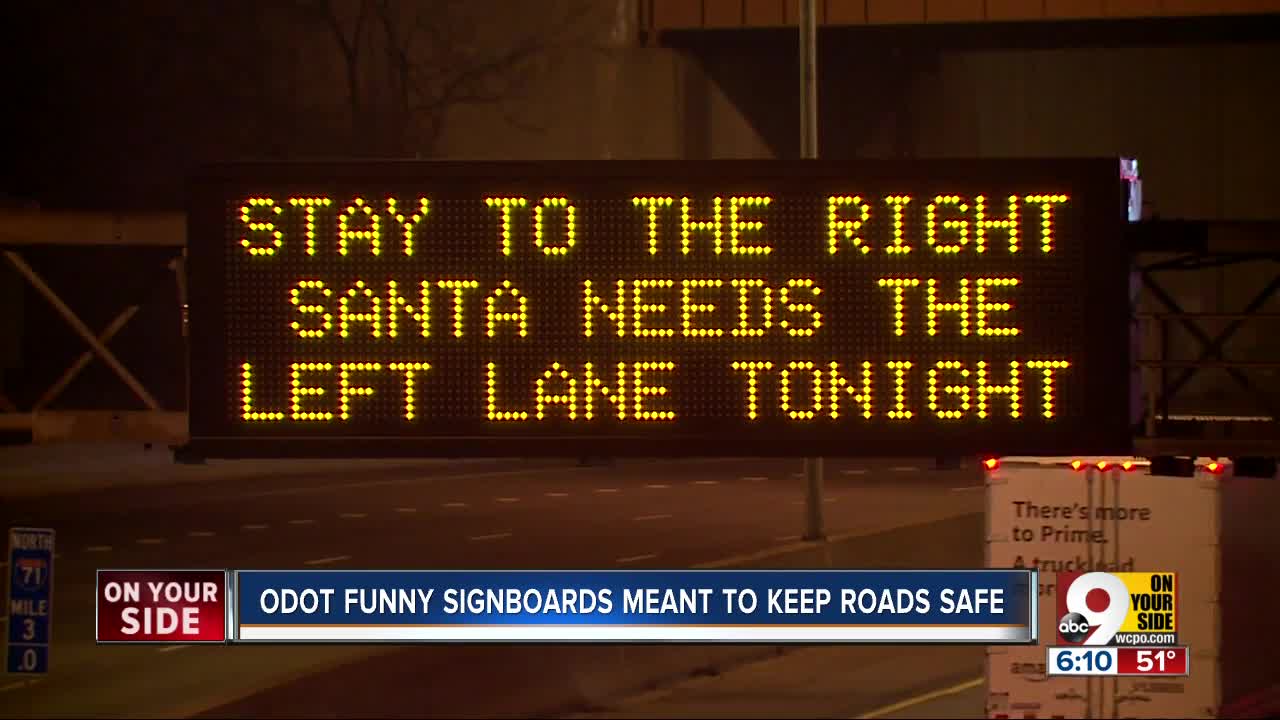 Highway officials are trying to keep Ohio drivers safe by tickling their funny bone, and many drivers say they like it. 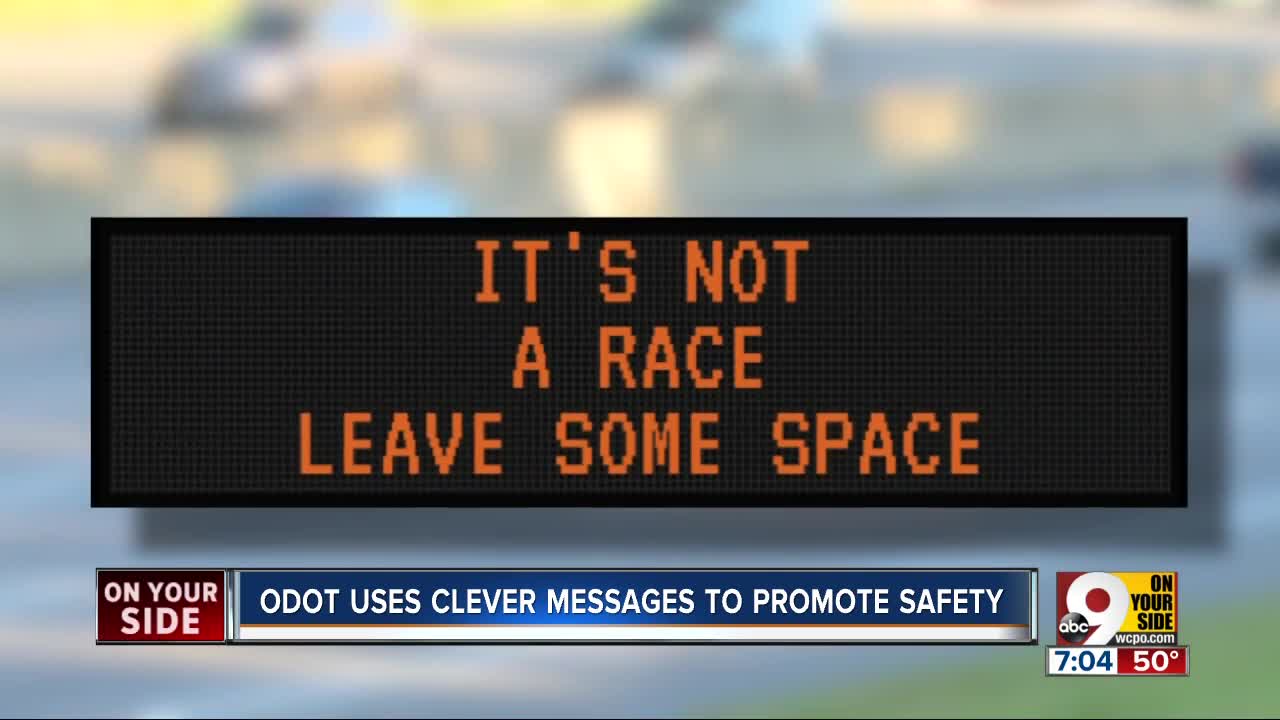 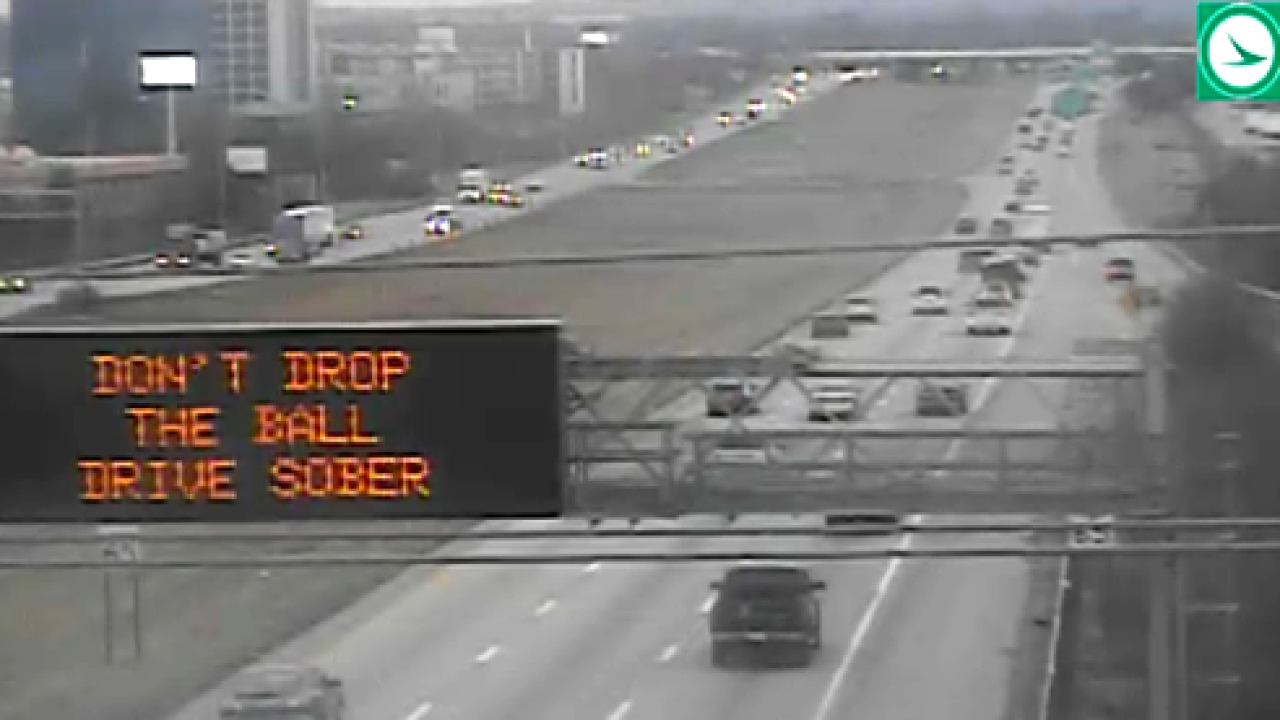 CINCINNATI — Highway officials are trying to keep Ohio drivers safe by tickling their funny bone, and many drivers say they like it.

The Ohio Department of Transportation hopes to cut down on the 30,000 crashes in Hamilton County last year by using puns and funny signs to amuse and engage drivers.

“It does grab your attention,” Herb Gardener of Michigan said about the signage.

Odds are you’ve seen them:

“Stay to the right, Santa needs the left lane tonight.”

“It just sticks out, something you remember,” Gardener said.

"If your family makes you drink, don’t drive.”

“People are saying, 'I tend to remember these messages more,'” Bruning said. “They tend to lead to driver behavior changes, which is what we’re asking people to do. We’re after trying to make our roads safer.”

“We got a lot of great feedback over things that poked fun at your in-laws, or getting together with your family at the holidays,” Bruning said. “Those relatable messages go a lot further than ‘Drive sober, get pulled over.’ They resonate because people can have a conversation about them.”

“It would definitely catch my attention and make me think,” said Kay Howard of Fort Wayne, Indiana.

“I think people get tired of seeing the same thing. They don’t pay attention," Howard added. "But I think something with a gimmick in it would generate a conversation. If you’re tired, it would make you wake up and think about it.”