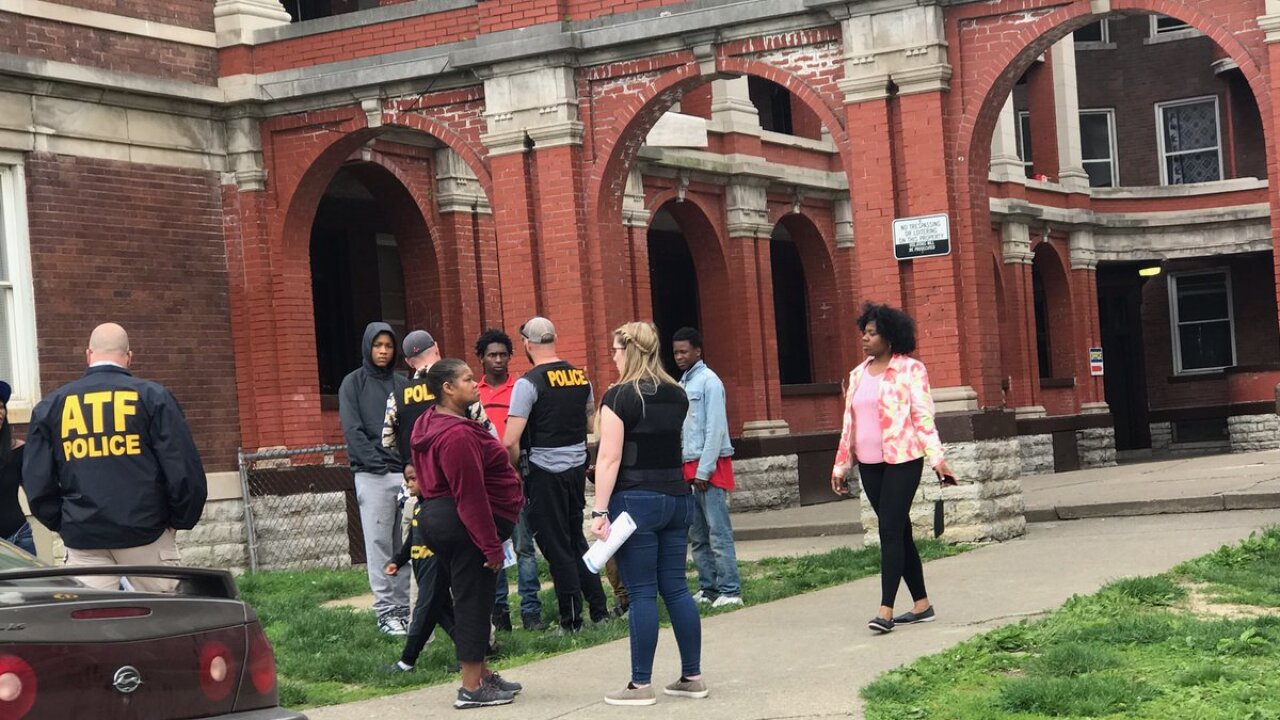 Cincinnati police officers and federal agents tell Avondale residents that their neighborhood has been designated a &quot;high violent crime area.&quot;

CINCINNATI — Cincinnati police and federal officials have designated Avondale as a “high violent crime area" due to "the excessive number of shootings and shots fired incidents" there recently, authorities announced Wednesday.

Cincinnati police officers and federal agents passed out flyers in the neighborhood to explain the situation to residents. The flyers say residents can expect an increase in targeted operations to stop and prevent crime.

SEE the flyer here or below.

Avondale is the third Cincinnati neighborhood to be designated as a high violent crime area, following Over-the-Rhine and the West End last month. The designation comes from police and the Bureau of Alcohol, Tobacco, Firearms and Explosives (ATF).

Keeping the community informed. Asking for their partnership. Together #keepincincysafe pic.twitter.com/ebGwvqSCqB

Targeted operations will focus on removing illegal drugs, prosecuting gang members, unsolved homicides and armed robberies, the flyer said. They will also be on the lookout for offenders of federal gun laws.

Police are encouraging anyone with tips regarding crimes in the targeted areas to report them: