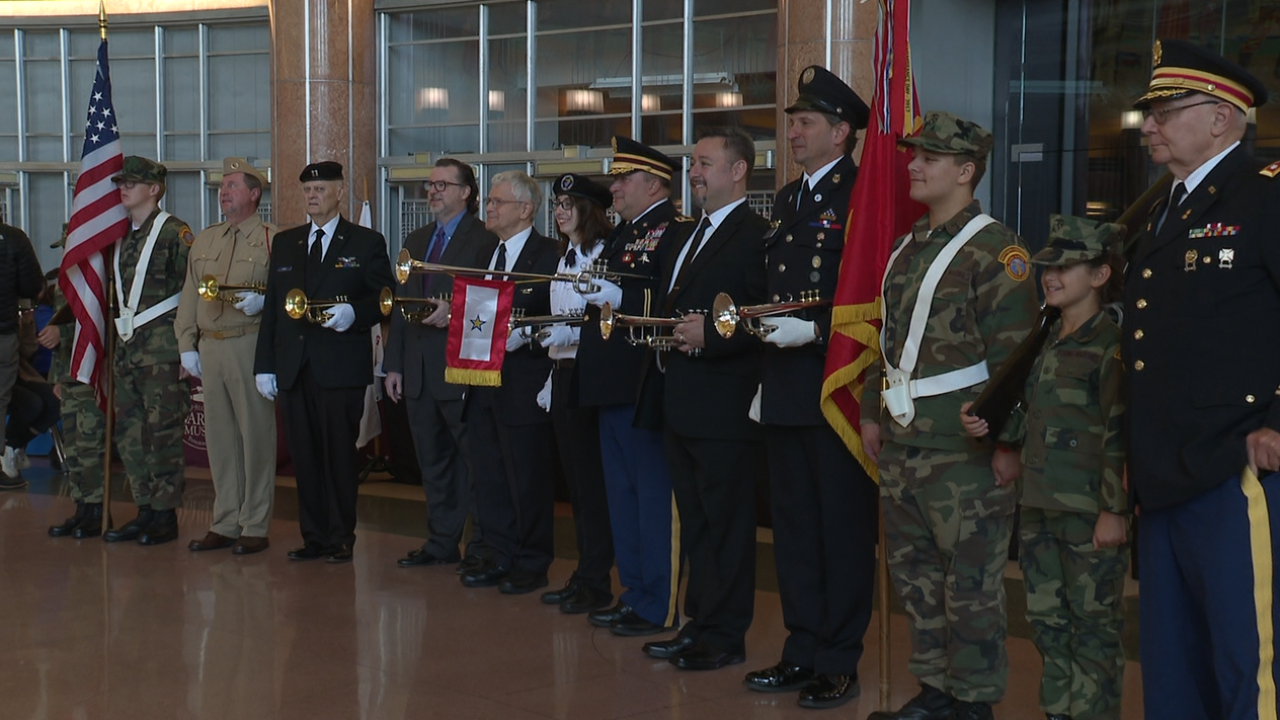 Copyright 2019 Scripps Media, Inc. All rights reserved. This material may not be published, broadcast, rewritten, or redistributed.
Ramsay Fulbright
“Our Heroes Our History” at the Museum Center included free lectures, music and services for veterans on Sunday from 10 a.m. to 4 p.m.<br/>

CINCINNATI — Marine veteran James Aubin has been overseas twice, serving with American forces in Afghanistan. He knows firsthand about the real costs of service, including the ultimate sacrifice.

“We often think of these things as far off things, or things that were in the past… the cliché, old photographs,” Aubin said.

Aubin joined other veterans in celebration of these sacrifices at the Cincinnati Museum Center on Sunday, the 244th anniversary of the founding of the U.S. Marine Corps. and one day before Veterans Day marks 101 years since the end of World War I.

“Our Heroes, Our History” at the Museum Center includes free lectures, music and services for veterans on Sunday from 10 a.m. to 4 p.m. It's an event Aubin hoped would serve as a reminder of the sacrifices made by those in uniform.

“It’s important for them to learn and what the cost of doing these things are, what people sacrifice in terms of their times and families and ultimately the sacrifices many make overseas,” he said.

Cincinnati has deep ties to historic conflicts through Union Terminal, where thousands of troops crossed to board trains for deployment or to reunite with family, program specialist Emily Logue-Rose said.

“Connecting to other cities, coming and going, we had the first troops and transit lounge,” she said.

Now, it’s a place to remember the sacrifices made, and those still to come, for Veterans Day.