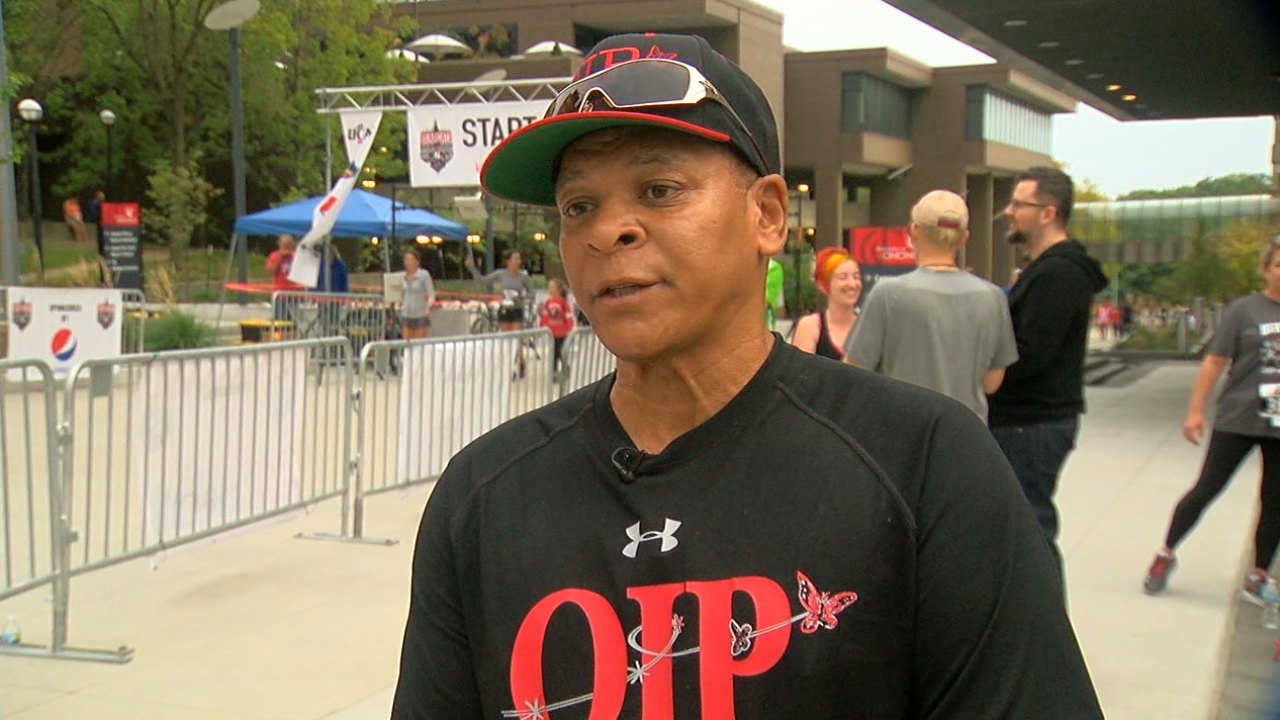 Copyright 2019 Scripps Media, Inc. All rights reserved. This material may not be published, broadcast, rewritten, or redistributed.
WCPO
Robert McClendon at the Bearcat Dash and Bash, Oct. 6, 2019.

CINCINNATI — For years, Robert McClendon sat behind bars for a crime he didn’t commit. In 1991, he was convicted in the rape and kidnapping of a 10-year-old girl.

“It’s the worst of the worst, when a child points the finger at you and says you did something that you didn’t do,” McClendon said.

Three times, courts denied him the right to take a DNA test that could prove his innocence. Still, McClendon said he didn’t despair.

“You lose everything but hope and faith in prison,” he said.

Then, the Ohio Innocence Project got involved.

With the help of the OIP, McClendon was able to take the test that exonerated him. He walked out of prison a free man in 2008.

On Sunday, McClendon shared his story and joined a crowd of 2,000 other participants and exonerees at the Bearcats Dash and Bash. The event at University of Cincinnati raises money for the OIP, directed by UC Law Professor Mark Godsey.

Racers and other exonerees held signs with names of the free and the number of years they spent in prison. Sunday’s race was a reminder of freedom, and a reminder that other innocent people still pay the price.

Wearing an OIP hat and holding a picture of the moment he received his crucial DNA test results, McClendon said he’s arrived in a place where he’s at peace. He put his feelings into a poem, written on the back of the picture.

“Hello Truth,” he read, “you’ve been there all the time, but some people don’t believe you. ...with God’s armor you come to dress me, I knew in time you’d come to bless me.”