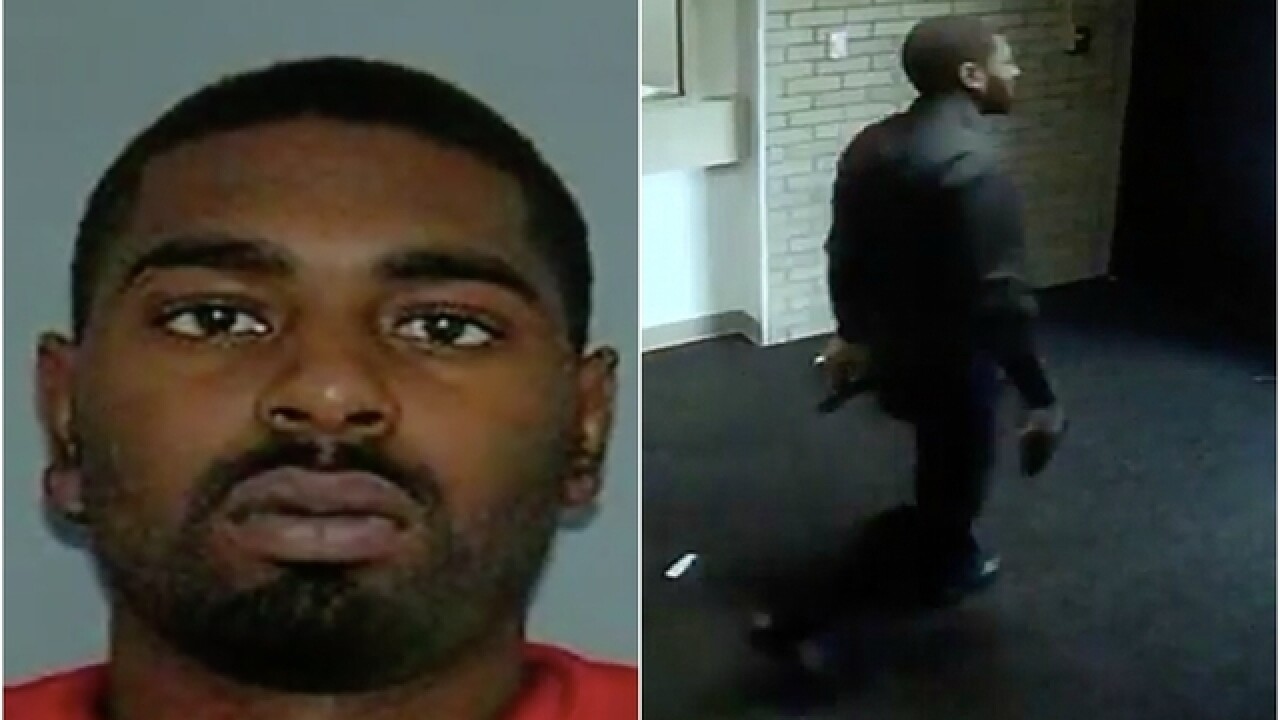 CINCINNATI — A man drew two handguns as he walked through metal detectors at University of Cincinnati Hospital, shot an unarmed security guard in the torso and fired shots at a police officer, Chief Eliot Issac said.

Isaiah Currie, 20, shot a University of Cincinnati Hospital security guard at about 2 p.m. Wednesday in the lobby of the hospital's psychiatric emergency services wing, Isaac said. Currie shot the officer twice in the torso, and he suffered "very serious injuries."

Cincinnati police responded within two minutes. Currie shot at a Cincinnati police officer Bob Nelson, who had been working an off-duty detail at the main hospital. Isaac said Nelson was not hit and he did not return fire. Currie then fatally shot himself in the lobby.

Isaac said Currie walked into the northwest entrance of the building into the lobby area, where the guard met him at the doorway. Currie emptied his pockets as he went through metal detector. He rushed through the metal detector and drew two handguns from his pockets, and a struggle ensued between Currie and the security officer.

“The security officer, in this struggle, in his heroic actions, he was able to push past Mr. Currie and flee out the front door into the parking lot area,” Isaac said.

Currie ran after the security officer and fired several more rounds. Currie then tried to get into his car but realized he had left his keys inside. Currie went back into the lobby and tried to get into the hospital, but he was unsuccessful.

Nelson responded to the scene after hearing a radio broadcast about an active shooter situation. Nelson had been working a UC Hospital off-duty detail across the street.

Currie saw Nelson through the glass doors of the lobby and immediately shot at him. Nelson was able to flee and regroup with other officers outside. When the officers entered the building a second time, Currie had shot himself. The entire incident was captured on video, Isaac said.

Isaac said he would not yet identify the security guard, and he was not able to give an update on his condition, except to say "we ask that everyone keeps him in their prayers."

Isaac called the actions of Nelson, a 22-year veteran, and the security officer “nothing short of heroic.” Isaac also commended the staff for acting quickly bringing the situation "to resolution." The entire incident was contained to the hospital lobby and parking lot area.

Currie has an extensive criminal record which consists of drug trafficking, possession of drugs, resisting arrest, breaking and entering, assault, improper discharge of a firearm, assault on a law enforcement officer and several counts of felonious assault, Isaac said.

Currie recently appeared in court, and he was released on bond on Dec. 14.

Isaac said police believe one of the firearms Currie used was stolen from Kentucky. The motive is unclear, and Isaac said police would not speak on that less than 24 hours into the investigation.