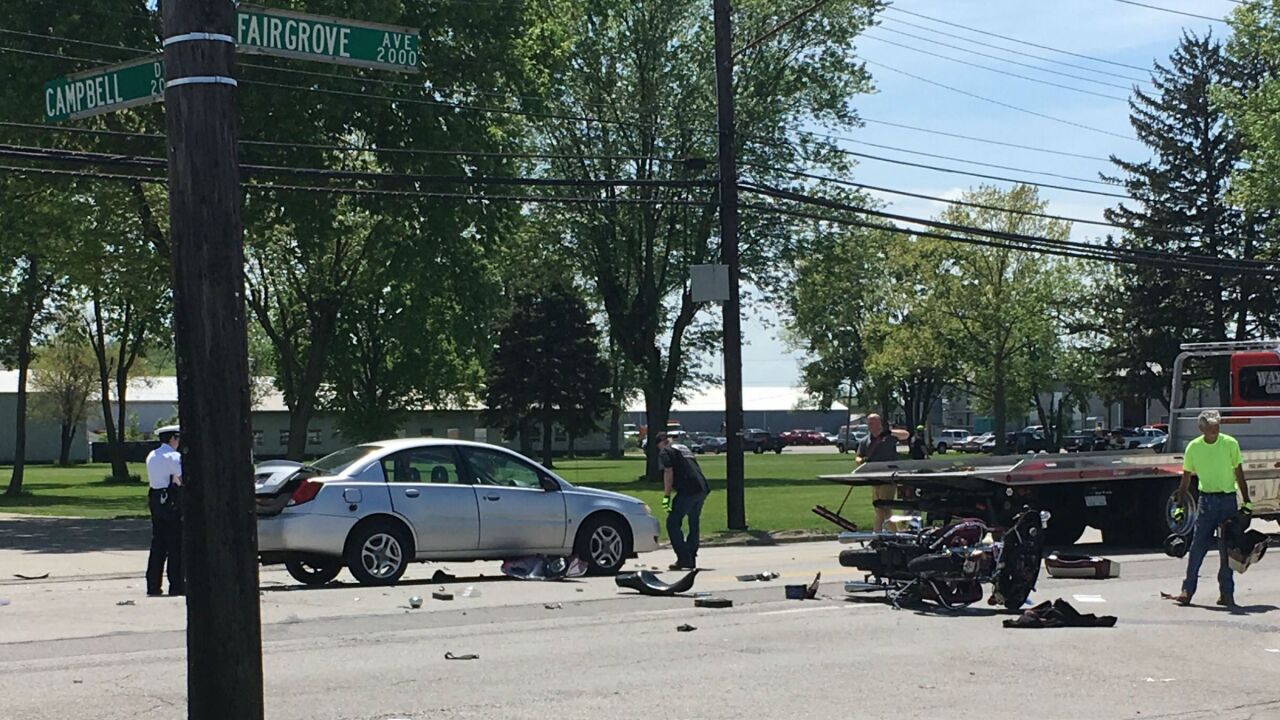 Police identified the motorcyclist as Jessie Cook, 48, of Franklin.

Cook's motorcycle appeared to be heading west on Fairgrove and a Saturn was turning left from Campbell onto Fairgrove when the collision occurred, police said. Crews were dispatched about 12:45 p.m.

Cook was transported to Fort Hamilton Hospital and flown by medical helicopter to University of Cincinnati Medical Center.

The Butler County Serious Traffic Accident Reconstruction Team was on the scene investigating, which is including the use of a drone, according to the Journal-News.