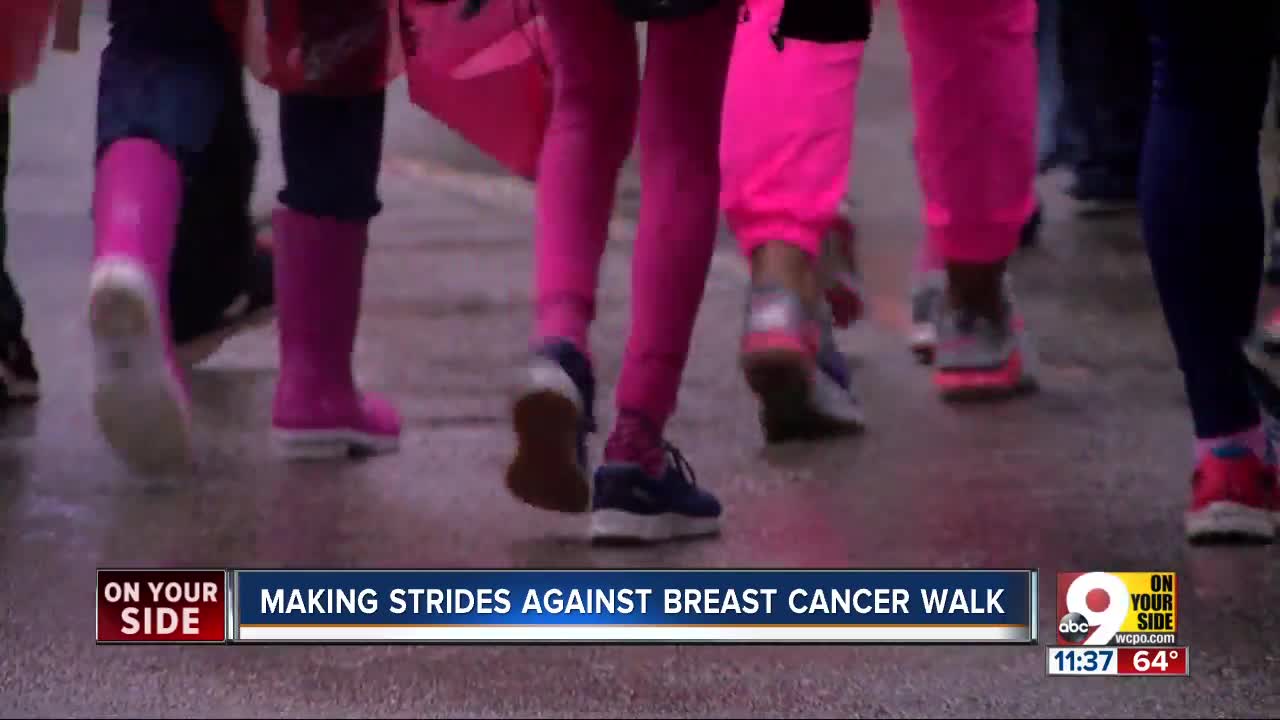 Despite Saturday’s showers, thousands flocked to Sawyer Point for the Making Strides Against Breast Cancer walk, which raises money and awareness for breast cancer research. 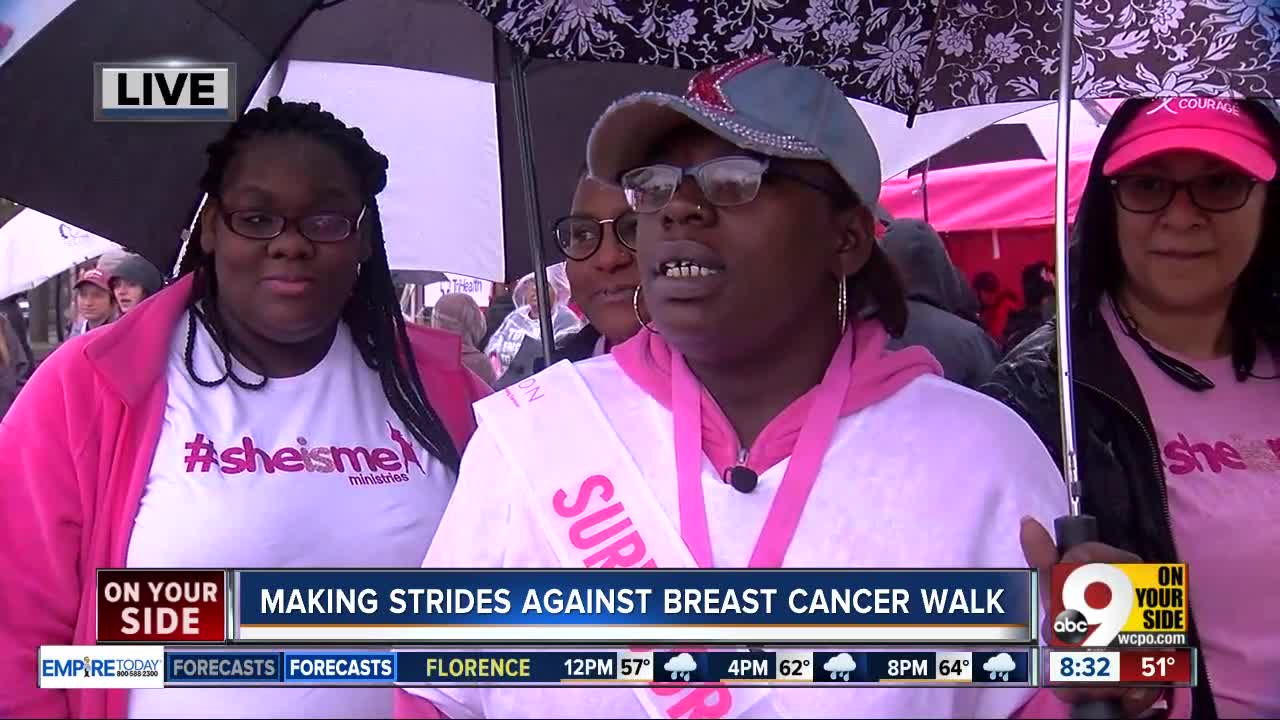 CINCINNATI — Despite Saturday’s showers, thousands flocked to Sawyer Point for the Making Strides Against Breast Cancer walk, which raised over $220,000 and awareness for breast cancer research.

Among the crowds walking for awareness was breast cancer survivor Erica Moore and her two twin boys.

“After 15 years and a miscarriage, these are our rainbow babies,” she said with the boys in tow.

There was a time Moore recalls she was told more children weren't an option. Cancer is tough, she said, but even her diagnosis couldn’t halt her faith.

“It was hard, but God has the final say in the end, and so we got double for our trouble,” she said.

The walk hosted by the American Cancer Society is about survivors like Moore, who are among thousands of Americans diagnosed with breast cancer each year.

WCPO Weather Anchor Sherry Hughes, who learned of her cancer diagnosis earlier this year, joined the crowds and praised their resilience on Saturday.

Read more: Take care of yourselves all year, not just during Breast Cancer Awareness Month

Sherry says she’s ready for the fight against cancer, and she plans to bring others along with her.

“There are people here who are everyday heroes, and they’re winning,” she said.

To donate to the Making Strides Against Breast Cancer Walk and the American Cancer Society, click here.