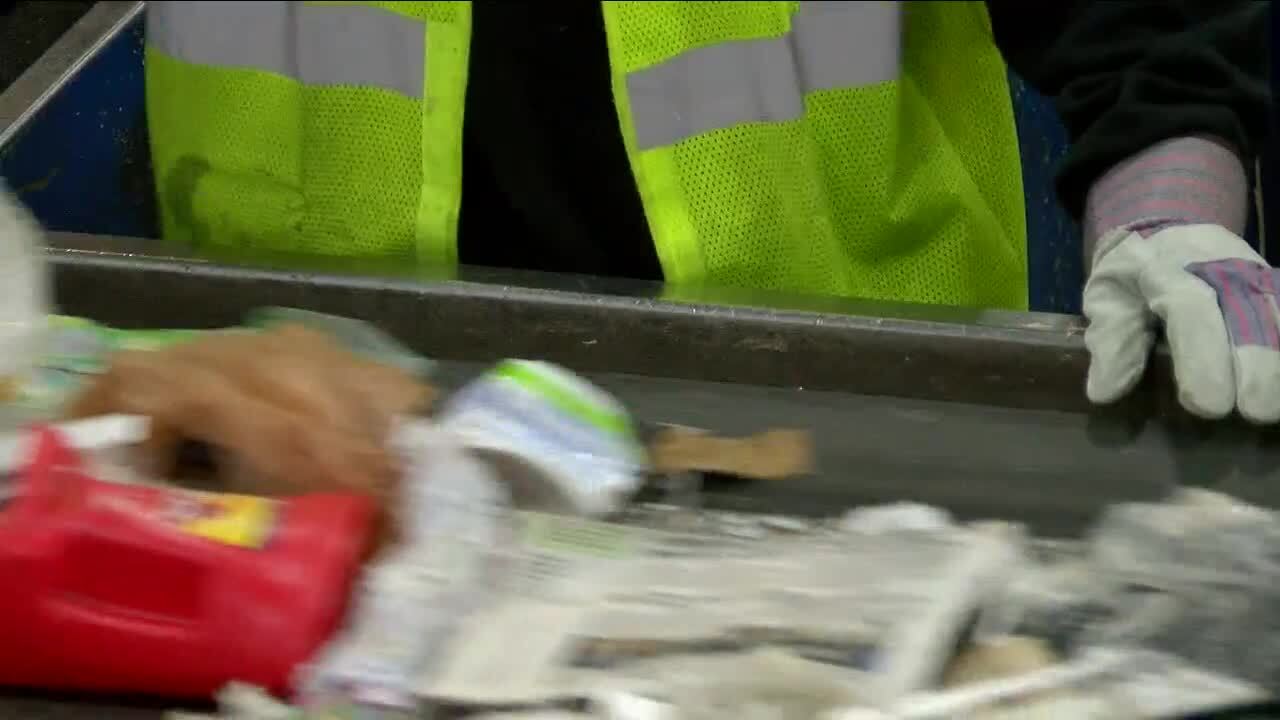 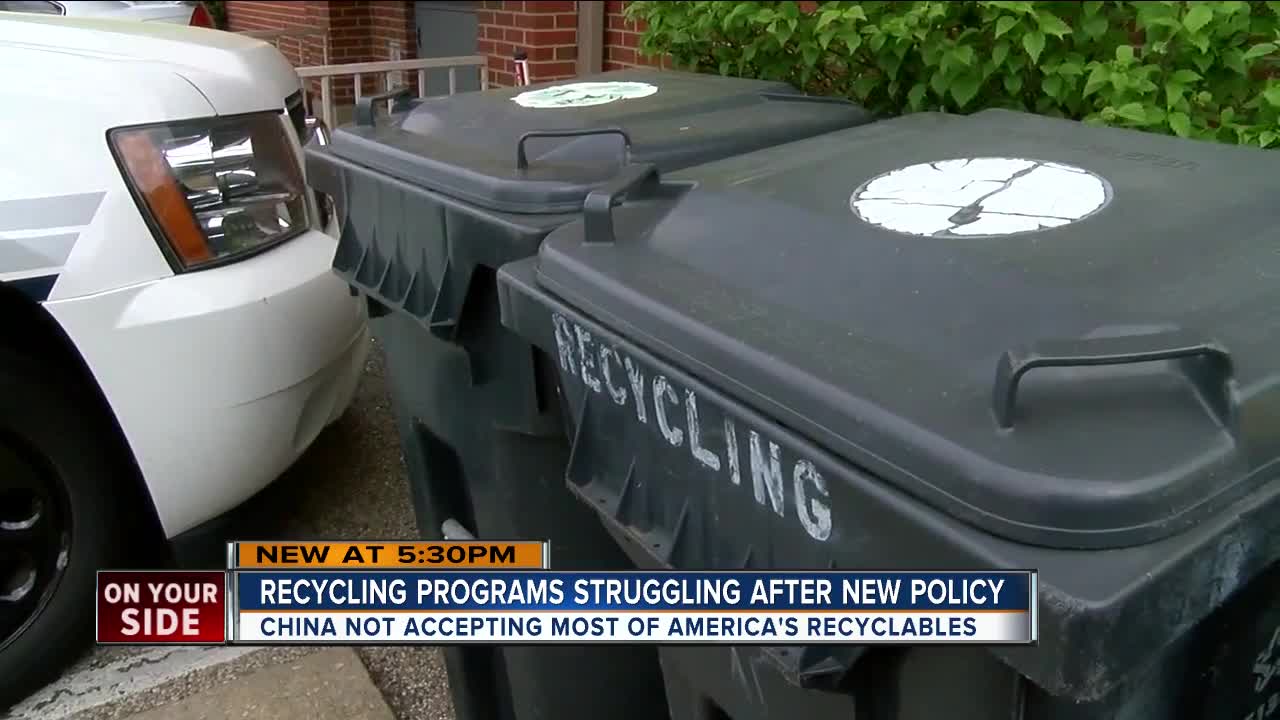 CINCINNATI — Recycling programs across the country are struggling to adjust after China stopped accepting most of America's recyclables last year.

As foreign demand changes, some waste companies are scrapping recycling altogether. But at Rumpke, company officials said they're fortunate because their buyers for recycled materials are mostly in the U.S.

Still, recycled good are flooding the U.S. market, making it less profitable for cities to recycle.

"We are at a nine-year low today in the value of recyclables," Steve Sargent, Rumpke's director of recycling, said.

With costs rising, Rumpke has raised fees and some Tri-State communities have cut back recycling to every other week. But for the most part, Rumpke said it hasn't felt the effects because 98% of its recycled material was already sold to U.S. buyers, mostly within a 250-mile radius.

RELATED: Is Rumpke still recycling your paper and plastic?

The city of Madeira is one of the few local municipalities that uses a contractor aside from Rumpke. They use Republic Services. City Manager Tom Moeller pays close attention to the way China's ban is impacting recycling in the U.S.

"Right now, we know there's a net loss, because it's costing more to do the recycling than they're getting back in the markets," he said.

So far, Madeira hasn't seen a price hike. But Moeller said he worries that could change.

"If the markets continue the way they are, recyclable materials are going to cost more to both process, as well as to collect," he said.

At Green Umbrella, executive director Ryan Mooney-Bullock champions sustainability in the Greater Cincinnati area. She worries about the potential impacts of the ban.

"I would really hate to see recycling decline in the United States because of what's going on internationally," she said.

Mooney-Bullock said convenience is key when it comes to recycling. She touts the success of weekly recycling pickup programs versus ones that pick up every other week.

"When you can just do the same thing every week, it gets you into the habit and you can just form those good recycling habits," she said.