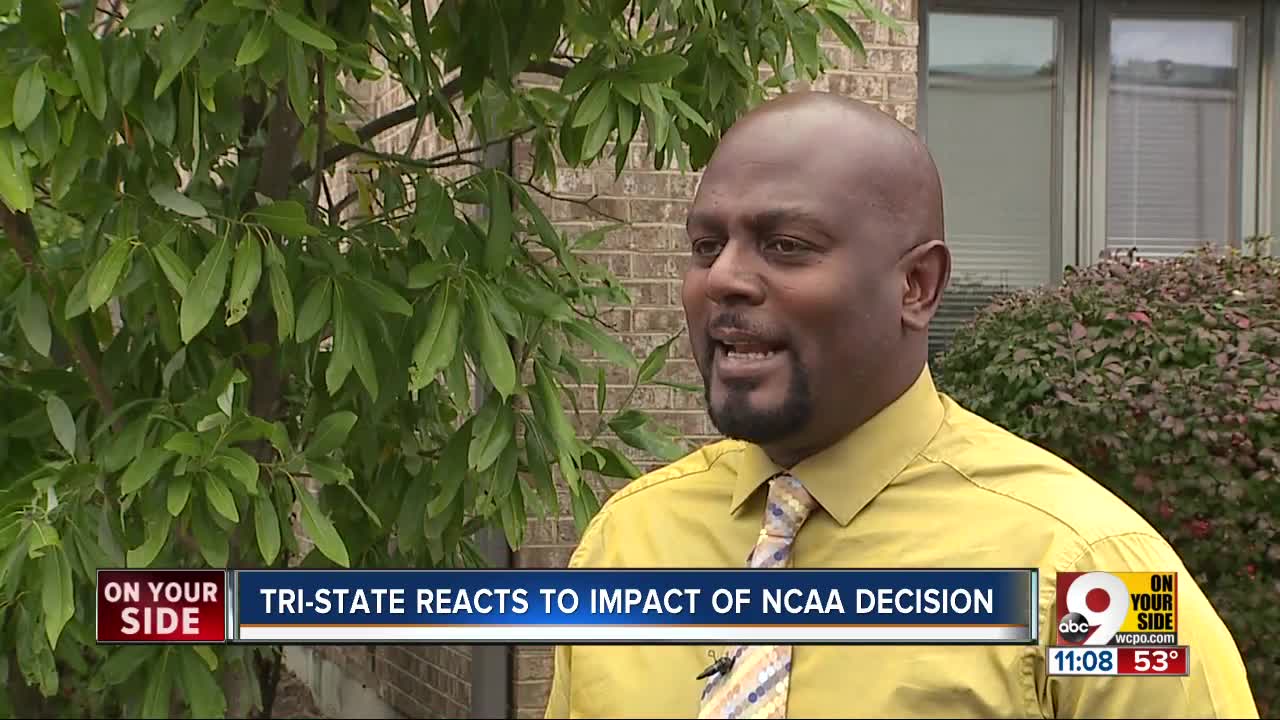 The NCAA announced Tuesday that its Board of Governors voted unanimously to allow student-athletes to profit off their image and likeness. Players and coaches in the area say they aren't surprised by the move, with many saying it's been a long time coming.

CINCINNATI — The NCAA announced Tuesday that its Board of Governors had voted unanimously to allow student-athletes to profit off their name, image and likeness. Players and coaches in the area said they aren't surprised by the move — for many, it feels like it's been a long time coming.

"It has the potential to impact us greatly," Princeton High School football coach Mike Daniels said. "How does it transfer to the high school level?"

Daniels said guidelines are needed, although he agrees with the decision.

"There's some kids, four or five years in college is all they're going to have," Daniels said.

Former UC basketball player Terry Nelson was asked to sign trading cards for a donor during the team's Final Four run in 1992.

Some student-athletes get free room and board along with a scholarship and travel gear. However, according to the old NCAA rules, pay was strictly banned, a move many athletes considered unfair.

"I remember when Danny Forkson was playing at the University of Cincinnati," Nelson said. "Number 25 jerseys were all in there. His name wasn't on the back, but everybody who knew who 25 was."

The NCAA now moves into a new era.

"Let the players be creative in how they market their names," Nelson said. "Social media has really helped in how players market. It's your own personal channel."

Each NCAA division will create their own guidelines for student-athletes profiting off their name and likeness. That groundwork will be laid over the next three years.