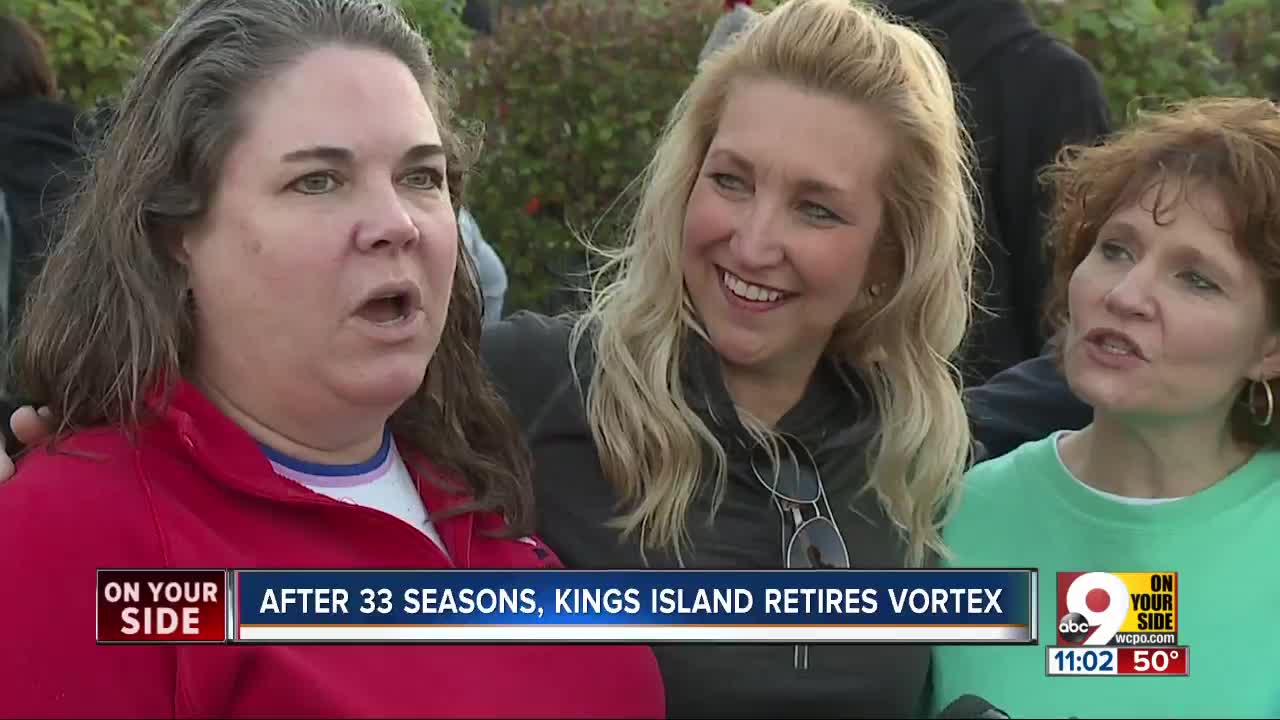 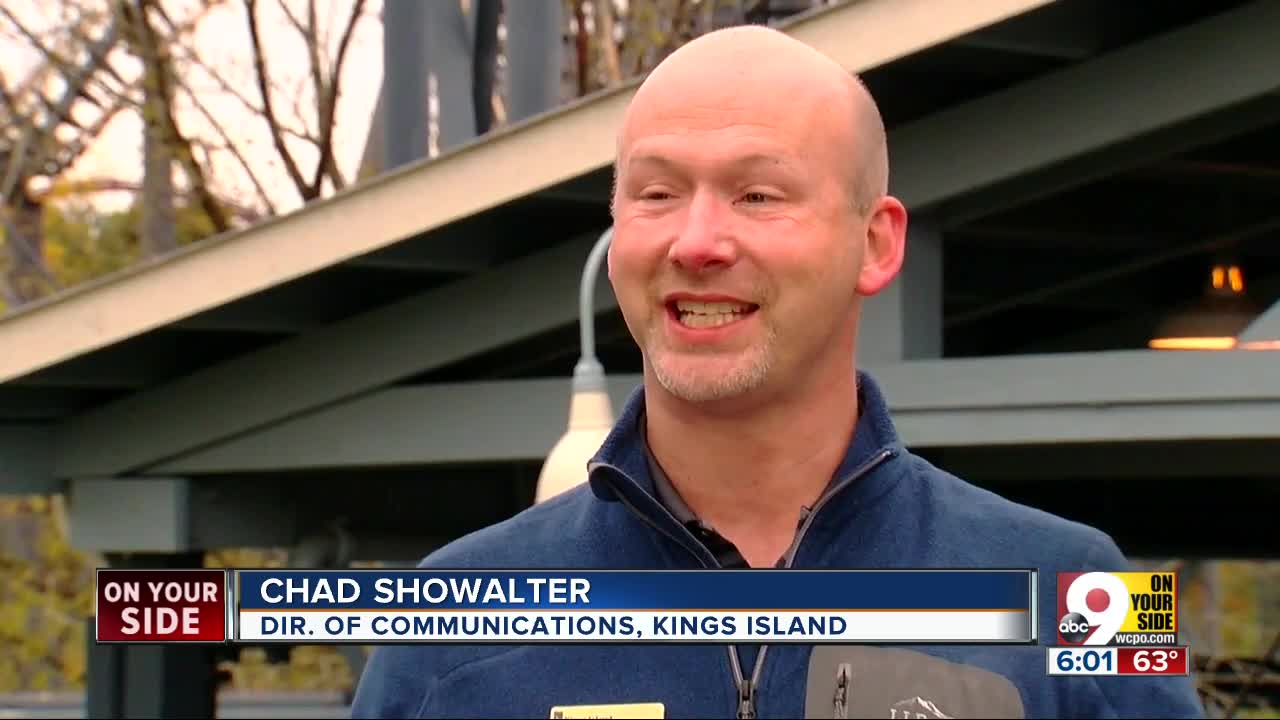 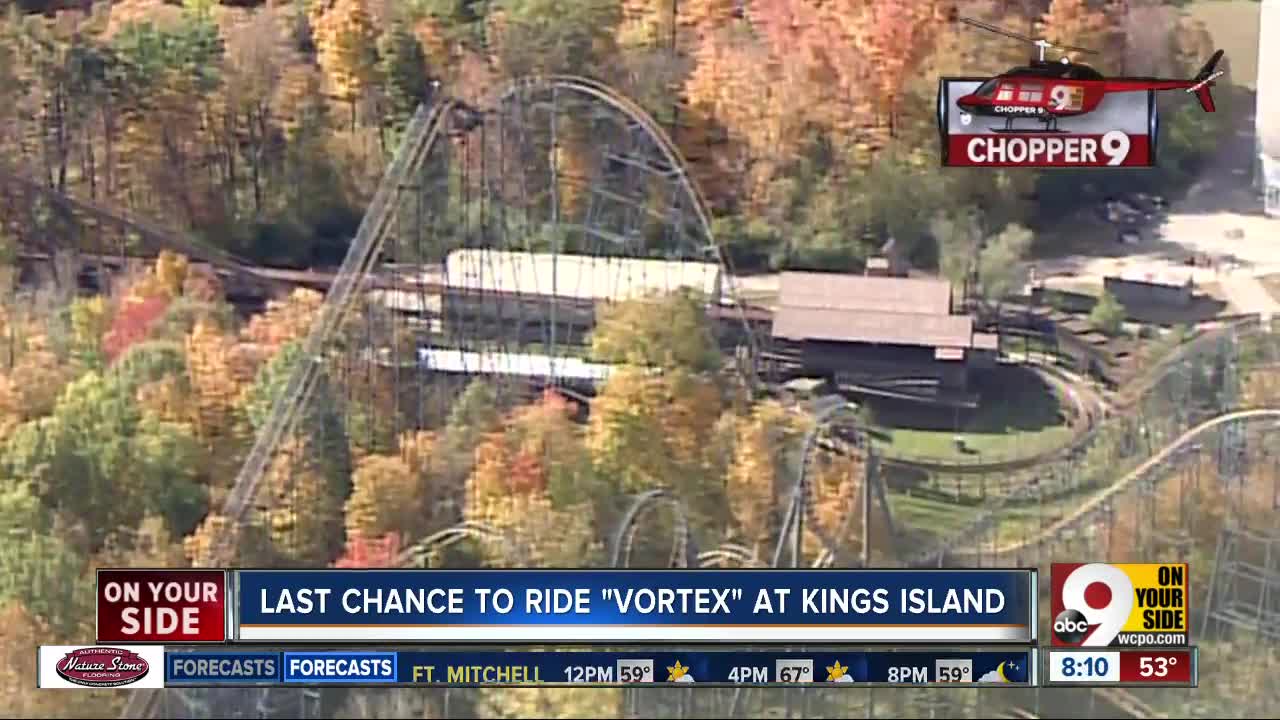 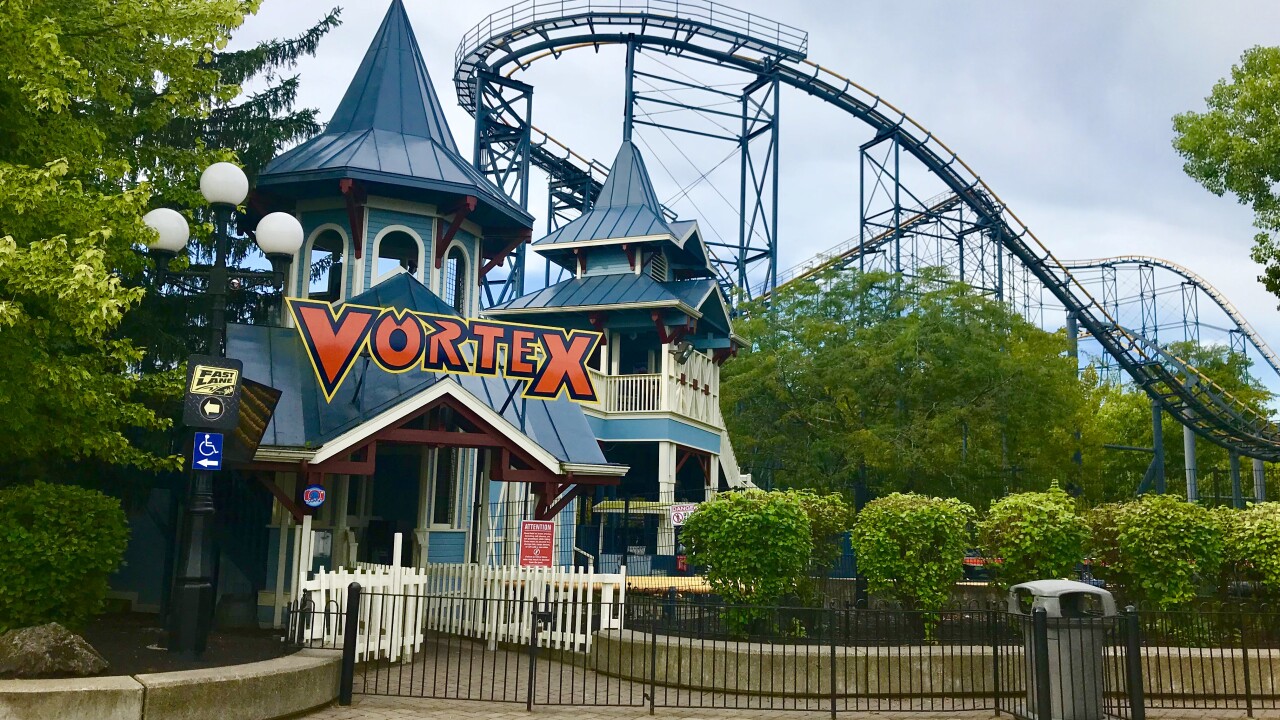 MASON, Ohio — For Cincinnati’s avid thrill-seekers, Sunday marked the end of an era.

After 33 seasons, the Vortex roller coaster gave its final rides Sunday as Kings Island’s 2019 season drew to a close. Thousands of fans lined up to ride the coaster one last time Sunday, before the ride closed for good at 7:00 p.m.

"I feel like a family member is being retired," said Amy Koch Knopf, in line for the coaster. "It's hard."

Vortex flipped 45 million riders upside down more than 275 million times over the span of its life at Kings Island. Only six attractions have given more rides than Vortex, park officials said.

As families and friends crowded into the line for the Vortex, plenty of people had fond memories to share about their personal experiences on the ride. One group of riders in particular, said they were back to ride the coaster that kick-started their friendship years ago.

"We did everything from hauling out the trash to running the ride safely," said Eileen Kurtz.

The group, part of Vortex's original crew, became fast friends working summers at Kings Island. Now, 33 years later, they reunited to revisit the place where it all started, and ride Vortex one last time.

"It's really hard to put into words how meaningful it is for a group of 17-year-old kids to still be together 30 years later," said Knopf. "It's magical."

Getting together for this last ride wasn't easy -- Kurtz had to catch a plane from Colorado to make it back to Kings Island for the weekend. But they planned to be together to share one last ride as the sun set on Vortex.

Other guests in line had similar stories to tell, about their first roller coaster ride aboard the classic coaster, memories made in the park and a strong love for the coaster that provided so many rides.

"It's kind of tough, you know?" said Justin Stewart, another guest in line for the ride's final run. "Thirty years of this ride watching it, it's going to be coming down real soon. It's going to be tough.

Last month, park officials announced the ride had reached the end of its lifespan. Coasters of this kind typically last 25-30 years, according to Kings Island.

"The Vortex has been a guest favorite since it debuted April 11, 1987 and it is sad to see it go," Don Helbig, Kings Island's director of digital marketing, said in a post online . "While it remains popular, the ride has simply reached the end of its service life."

Vortex was the tallest full-circuit roller coaster in the world, and the first with six inversions when it debuted in 1987.