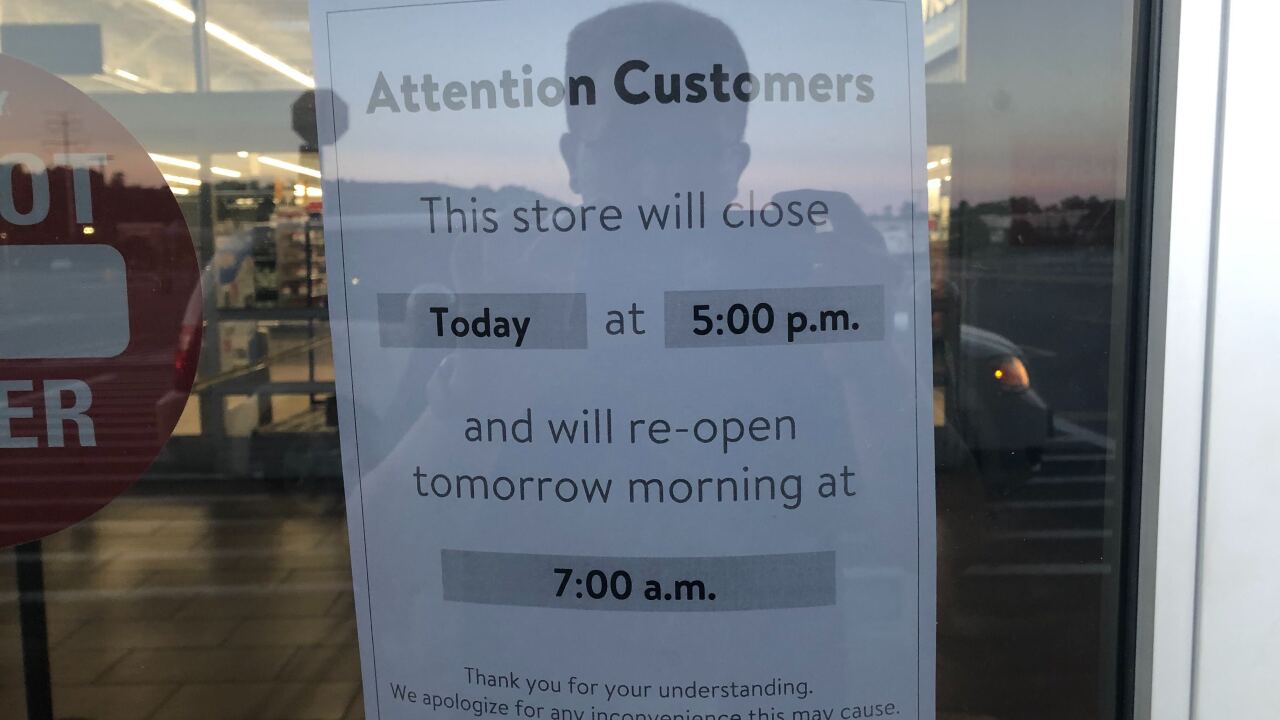 CINCINNATI — Kroger and Walmart locations throughout the Greater Cincinnati area closed their doors early Sunday and plan to continue the early closures in anticipation of ongoing protests.

Kroger announced the decision to shoppers over their intercom system that they would close locations at 8:30 p.m. Sunday night.

Walmart issued a statement about their closures after shutting down stores at 5:00 p.m. Sunday, with signs posted on doors of the closed locations.

"We closed several hundred stores early this evening in advance of potential protests," the statement read.

Walmart stores locked doors, posted signs and, in some locations, blocked doors with guard rails and stacked pallets of water bottles high against the inside of the doors.

Neither company has indicated when the early closures may end.