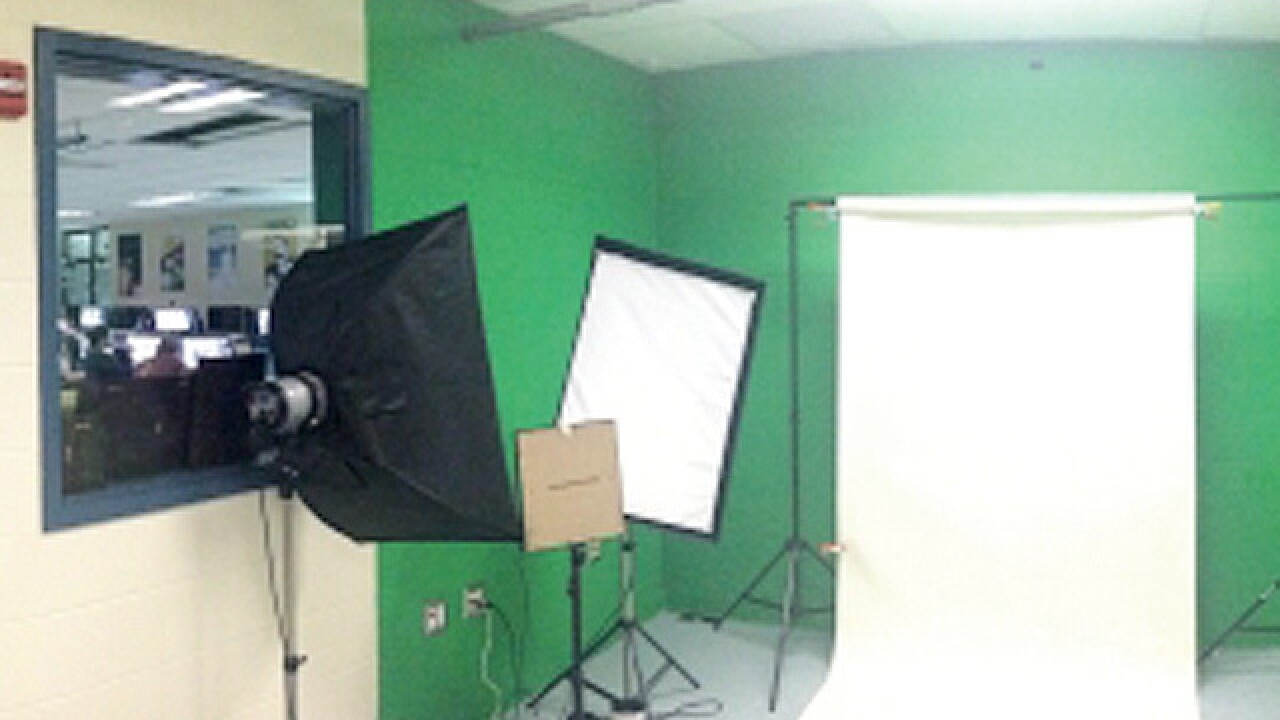 <p>A group of school and community representatives is helping to create a blueprint for a makerspace to replace this green room and storage space at Kings High School. (Photo provided)</p>

For Kelly Shields, who teaches digital-media arts through a Warren County Career Center satellite program at the high school, that’s the vision driving her in the CTE Makeover Challenge.

“We really want to start a STEAM initiative at Kings,” she said.

The CTE Makeover Challenge is a competition run by the U.S. Department of Education, through which more than 600 career technical education, or CTE, schools are vying for funding to create makerspaces, where students will have access to materials and resources to help them create.

The challenge boasts a cash prize pool of $200,000. Up to 10 schools may be selected to receive $20,000 each to turn their makerspace visions into reality. In-kind prizes are available as well, including 3-D printers, Lego Mindstorms education sets and technical training from Microsoft.

From the first round of submissions, Kings High School was one of the schools selected to progress to a six-week CTE Makeover Bootcamp. With help from master classes, online learning resources and experts, Shields is leading a team to refine the design and budget for their vision. The team includes Kings students, teachers, administrators, business leaders and University of Cincinnati professors.

Although their plans are still in progress, the blueprint emphasizes collaboration and project-based learning.

Project-based learning, also known as problem-based learning, is a model in which students learn through active problem-solving, often creating something new as a solution.

Starting in the 2016-17 school year, he will be teaching a computer-science class at the school. While he’s just started considering what that class will look like, he knows he wants it to be project-centered.

“All of my lessons are based on projects,” she said.

With the resources currently available, her students’ projects are completely computer-based.

“Printing on glossy paper is the only tangible product they have to walk away with,” she said.

The materials and technology available in a makerspace would “help them kind of finish that project and see it through to the end, to a finished product,” she said.

Shields hopes to renovate a green room and storage space in her current classroom to house the makerspace, which would be dubbed the STEAM room.

The makerspace would be one of only a few in Greater Cincinnati. There are currently four available in the vicinity — STEAM Works Laboratories in Dayton, the Manufactory in Sharonville, NKY Makerspace in Northern Kentucky and the Public Library of Cincinnati and Hamilton County’s MakerSpace at the main branch downtown. Shields said she doesn’t know of any in Warren County.

While the plan is to have stations set up with certain tools and materials, the space would primarily act as a storage area for the supplies.

“It’s just the place that’s kind of storing all of this, and we can put them on mobile carts to kind of get them where the kids are,” Shields said.

Initially, students in engineering and digital-media classes would be the primary beneficiaries of the resources, but by mobilizing the supplies Shields hopes to open the makerspace to the whole school.

“We’re hoping this could become a club to reach a broader student population,” she said.

Shields and her team are finalizing their blueprint and budget, which are due Sunday at the conclusion of the CTE Makeover Bootcamp. Honorees and prizes will be announced and awarded in June.

While the team hopes to win, they don’t expect to give up on their vision if they don’t. “I think even if we don’t move on in the competition, then we would still pursue funding and support from the local community,” Shields said.