Prosecutor: I-75 shooter acted in self-defense during 'road rage' confrontation 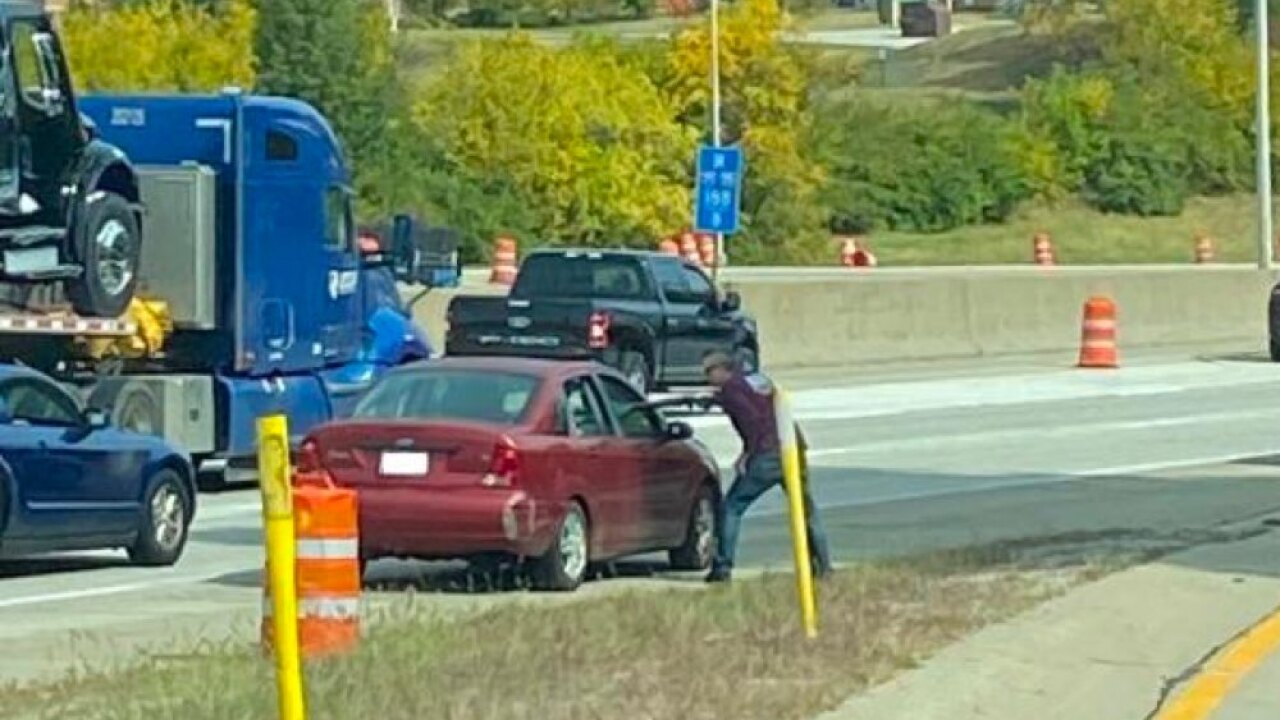 Sanders said the shooter had acted in self-defense after the victim, 41-year-old John Patrick Abell, struck his car and approached him with a rifle drawn.

"The investigation by Ft. Wright and Kenton County Police Departments conclusively found the shooter was reasonably in fear for his own life and responded lawfully," Sanders said.

Multiple witnesses confirmed the story, according to Sanders. Some provided cell phone images of Abell threatening bystanders and the shooter.

The crash, which took place outside Fort Wright, began as a “rolling confrontation” between the two men, according to a news release from Sanders’ office. The shooter’s call to 911 would describe it as an unprovoked “road rage” incident as he drove home from work — Abell struck his car and then spun into the space between the interstate and the Kyles Lane on-ramp.

The shooter pulled over to call 911. He was still on the phone with dispatchers when Abell approached him with a bolt-action rifle drawn; he grabbed his own handgun in response.

A 911 recording released by Sanders’ office captures the next few seconds: Abell shouting, the shooter responding with yes, sir, and no, sir, and then the sound of gunfire.

The shooter can also be heard giving Abell first-aid instructions: “Put your hand on the wound, sir!”

Sanders said the shooter attempted to treat Abell until first responders arrived. Abell would be pronounced dead shortly afterward at the University of Cincinnati Medical Center.

According to Sanders, the reason for Abell’s aggression toward the shooter remained unclear by Monday night. Toxicologists will determine whether drugs or alcohol played a role in the crash.