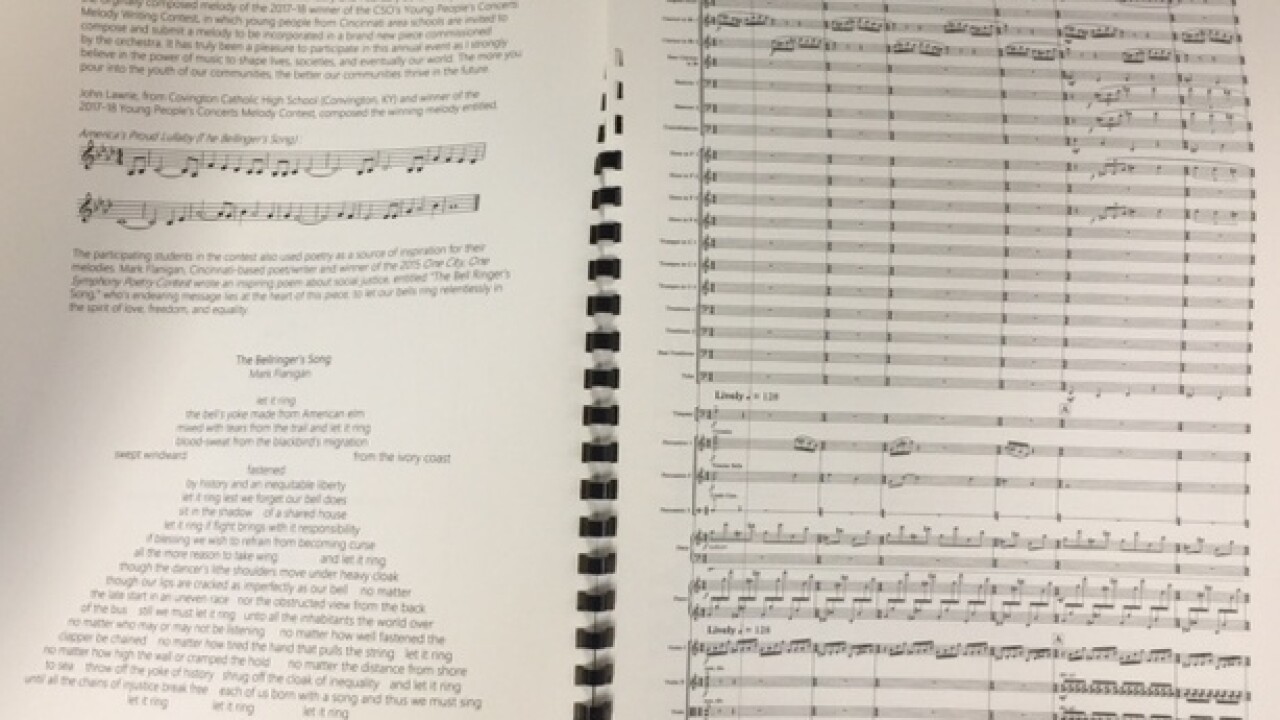 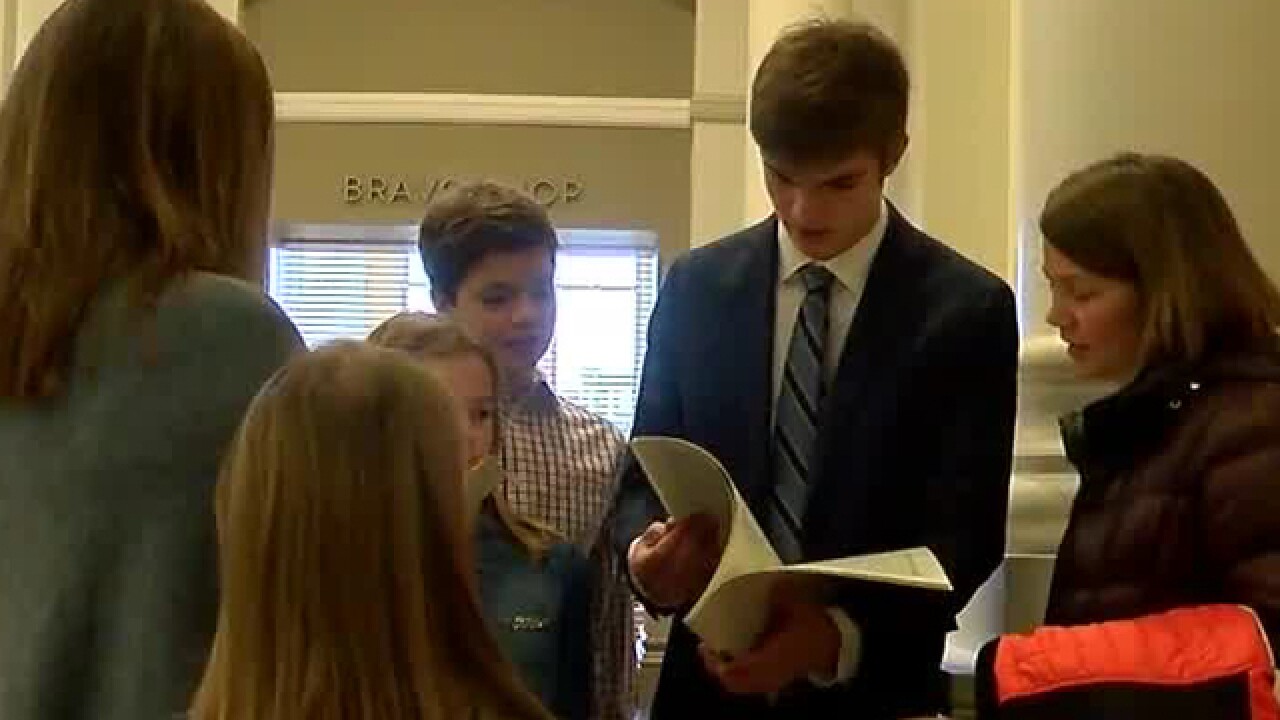 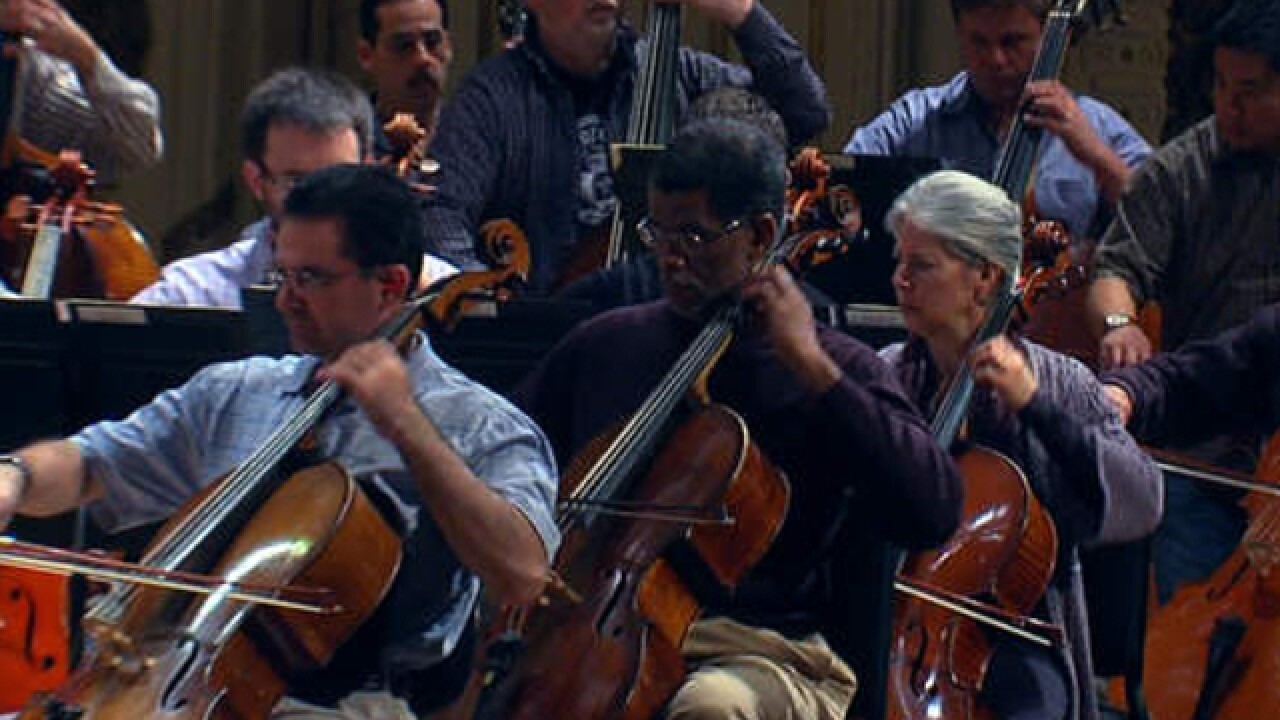 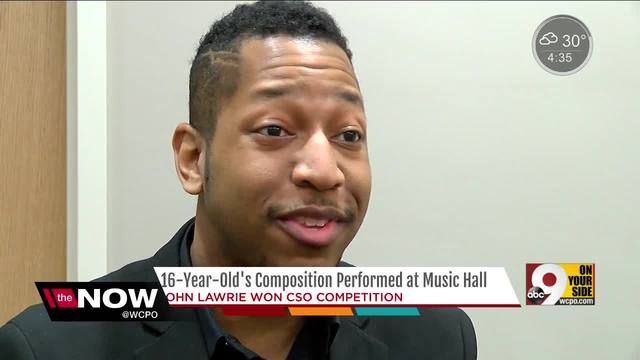 “The whole class was excited. They get a field trip out of it,” Lawrie said.

Lawrie has played piano for 12 years and said he drew inspiration from reading the poem's call for equality and justice.

“He told me about the contest. I initially thought it was an English assignment," said Joe Lawrie, John's father. "When he played it for me, it sounded like a freedom march, and I could imagine people singing this poem to my son’s melody.”

After Lawrie submitted his handwritten score for piano, Cincinnati Symphony Orchestra composer Brian Nabors selected it from all the submissions to be converted into a score for the full orchestra.

According to a news release, the orchestra has a history of commissioning and premiering new music by some of Cincinnati’s young composers. In 1942, the orchestra commissioned local composer Aaron Copland to compose a song that reflected hope as our country was at war. The well-known and triumphant “Fanfare for the Common Man” was the result of that commission.

"This honor is incredible," said Stephanie Lawrie, John's mother. "Not many people get to hear a world-class orchestra like the CSO compose and perform a melody your son dreamt up. We hope he can use his talents to make a difference in the world."

Associate Conductor Keitaro Harada will lead the orchestra in its premiere of Lawrie’s melody on Wednesday morning. Flanigan and Nabors will both be present for the performance.