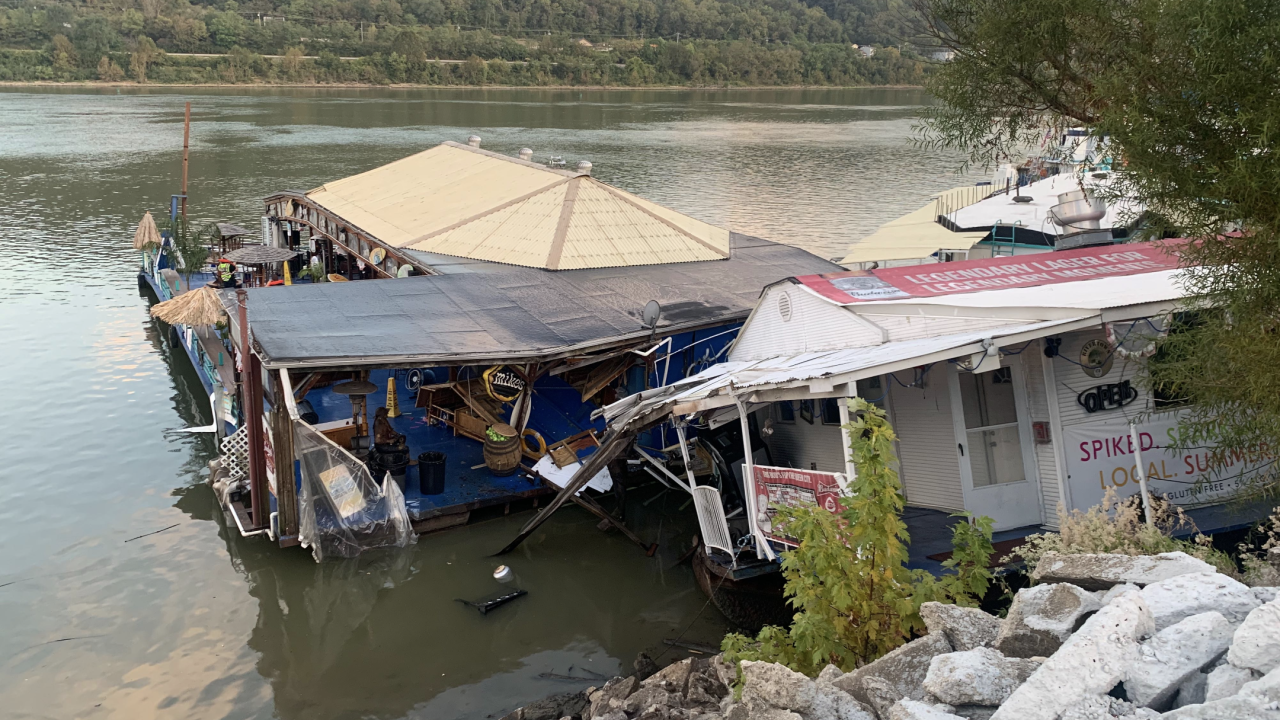 Sunken Ludlow Bromley Yacht Club head boat, Ludlow, KY. Sunk around a month ago but can now be seen as river has fallen.

LUDLOW, Ky. — After an investigation which lasted more than two months, the Coast Guard said Thursday that a mate on-watch who fell asleep caused a barge on the Ohio River to crash into the Ludlow Bromley Yacht Club.

According to the Coast Guard, a vessel carrying 15 barges crashed into the Yacht Club around 6 a.m. on Oct. 2. The mate on-watch fell asleep and failed to control the vessel before it crashed. There were also two deckhands on-watch at the time, but neither was on navigation watch duties.

Police ruled the Yacht Club was ruled a total loss, and the river was closed after the crash as crews tried to cleanup the debris before it sank or floated down river. The day after the crash, Chief Scott Smith said the kitchen was sinking, and tables, bars and refrigerators were starting to go underwater.

The Coast Guard has started to take "action against the mate's Coast Guard Merchant Mariner Credential. "