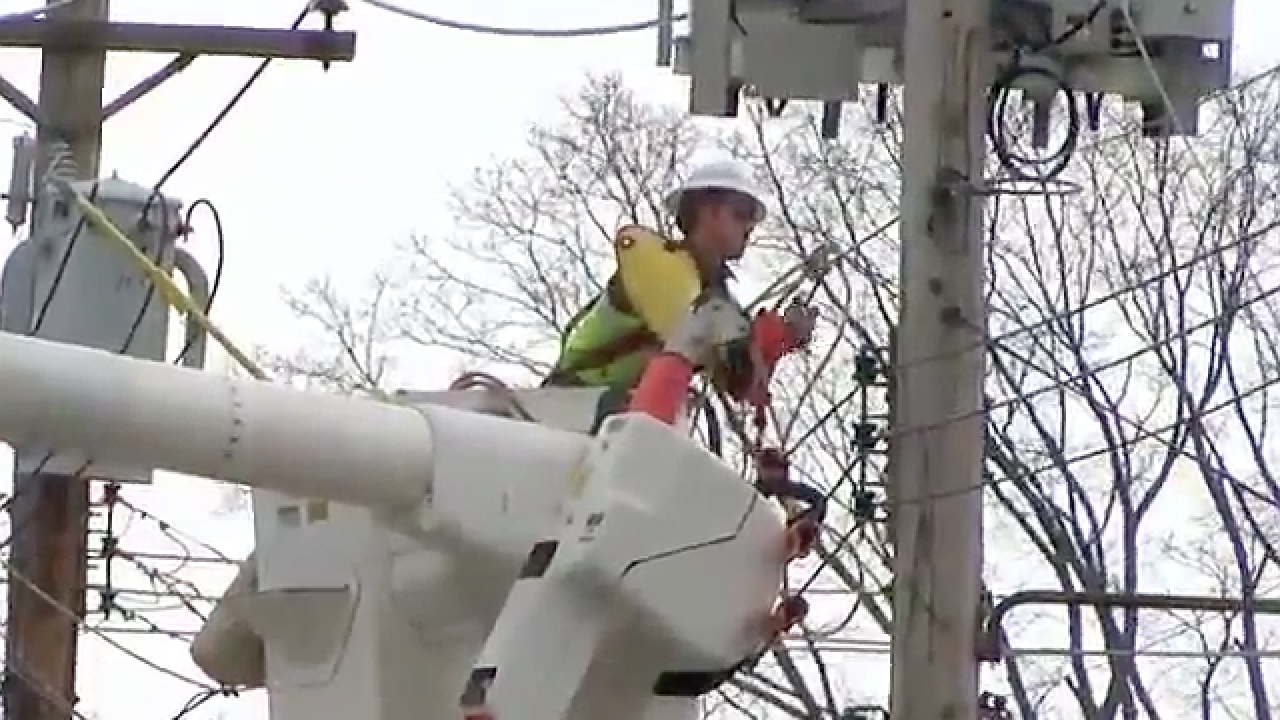 Copyright 2017 Scripps Media, Inc. All rights reserved. This material may not be published, broadcast, rewritten, or redistributed.
<p>File photo</p>

Duke estimates it will have power restored by noon Sunday to the remaining 966 customers still affected as of 1 a.m. Sunday, "though most will be back on line before then," according to a news release.

Nearly 80 percent of those customers were in Hamilton County.

Duke says customers can call 800-543-5599 to learn about their specific estimate restoration times.

ZOOM IN on the map on Duke's outage website to see where power is out.

Owen Electric reports no outages in the Northern Kentucky areas it serves.

Duke Energy spokeswoman Sally Thelen said Wednesday's ice storm was among the most damaging the company had dealt with in a decade.

Nearly 230,000 Duke customers in Ohio and Kentucky experienced a power outage as a result of the ice storm, according to Saturday's release.

Duke has nearly 1,000 local and out-of-state resources working to restore power across the Midwest, the release said.

RELATED:  Is my food safe to eat after a power outage?

What To Do If Your Power Is Still Out

Duke says customers with special or medical needs should consider making alternative arrangements based on their estimated restoration times. The company also urges customers to check on family members, friends and neighbors who have special medical needs or who are elderly to ensure they have necessary emergency supplies.

According to Duke, crews prioritize work to ensure the largest number of customers are restored as quickly as possible. Essential services, such as hospitals and emergency response facilities, are the first priority.

Duke asks customers who have lost power to turn off as many appliances and electronics as possible. This helps with restoration efforts because it reduces the immediate demand on power lines when power is restored. Once power is restored, customers should wait a few minutes before turning on any electronic equipment.

Customers with damaged meter boxes should get them repaired now to avoid delays in restoration, the company says. Information explaining meter box damage is available at www.duke-energy.com/outages/meter-damage . A damaged meter box may be the reason why a customer does not have power while his or her neighbors do.

If a customer’s meter box is pulled away from the house and the house is without power, the homeowner is responsible for contacting an electrician for a permanent fix, Duke says. An electrical inspection may be required before Duke Energy can reconnect service.

If the meter box is pulled away from the house and the house still has power, the customer should call an electrician to re-attach the meter box, Duke says.

Customers using generators at their homes to provide power until their Duke Energy service is restored should turn off their generators when utility crews are working in their neighborhoods. The excess electricity created by generators can feed back onto the electric lines, severely injuring line technicians who may begin to work on a line, believing it to be de-energized.