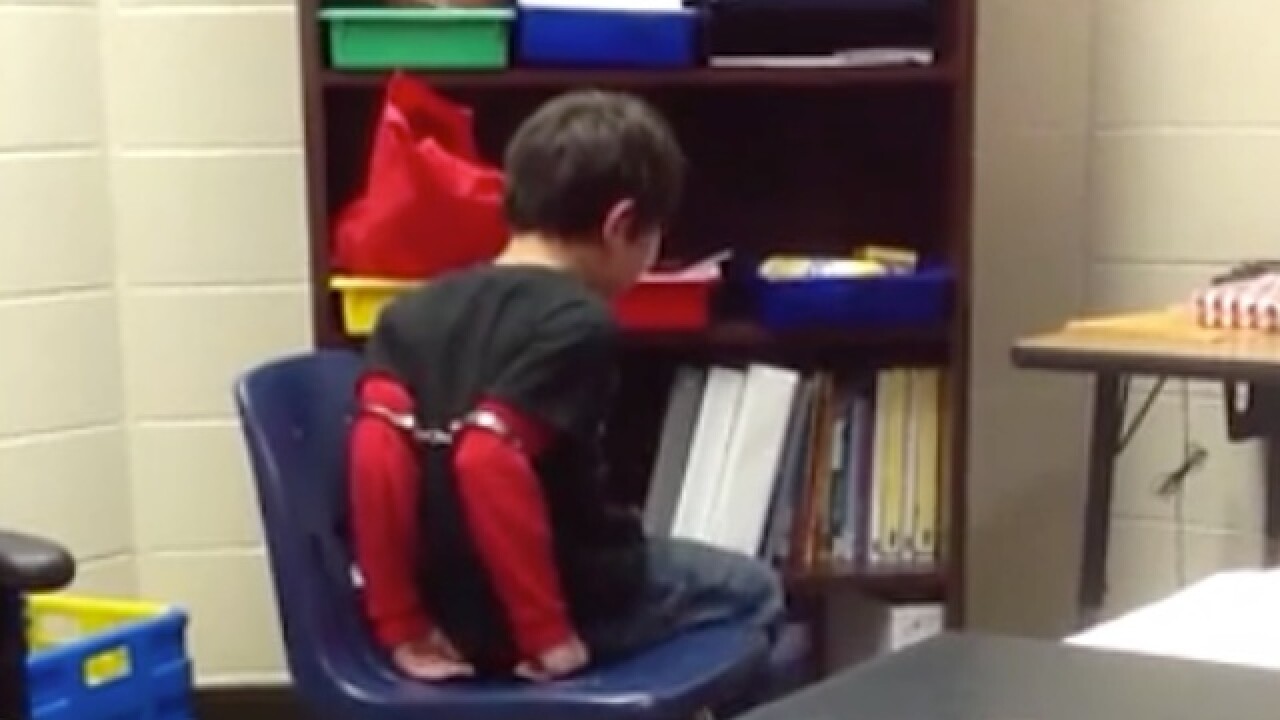 COVINGTON, Ky. -- A federal judge found that it was unconstitutional for school resource officers to handcuff two Kenton County elementary school students in 2014.

The children, an 8-year-old boy in Latonia and a 9-year-old girl in Covington, were handcuffed above the elbow behind their backs for misbehavior which the Children's Law Center said was related to disabilities.

In an opinion and order filed Wednesday, district court Judge William O. Bertelsman found that handcuffing the children violated their Fourth Amendment rights because of their young age, small stature and "their conduct does not call to mind the type of 'assault' which would warrant criminal prosecution."

Bertelsman also found Kenton County to be liable for the unlawful seizure and excessive force.

"Even as young children, both were certain that what the deputy did to them was wrong," their lawyer, Rickell Howard Smith, said in a written statement. "I am glad to be able to tell them that the federal judge agrees with them."

The Children's Law Center and American Civil Liberties Union filed a lawsuit against the Kenton County Sheriff's Office in 2015 over the incidents.

The U.S. Department of Justice also investigated the school districts' disciplinary practices after the lawsuit was filed.

Earlier this year, Covington Independent Public Schools already agreed to a settlement with the Department of Justice and a new set of guidelines for disciplining children with disabilities.

Under the new set of guidelines, school resource officers and other law enforcement will only intervene if a child is a direct threat to the physical safety of other children or has committed a serious crime. The news release also said that the school district will discontinue the use of “calm rooms” to isolate or seclude students who misbehave.

Covington Independent Superintendent Alvin Garrison declined to comment on the lawsuit because the district was not a party in it. He said in a written statement that the "district continues to diligently work to provide a safe learning environment for our students."

Read the judge's opinion below: