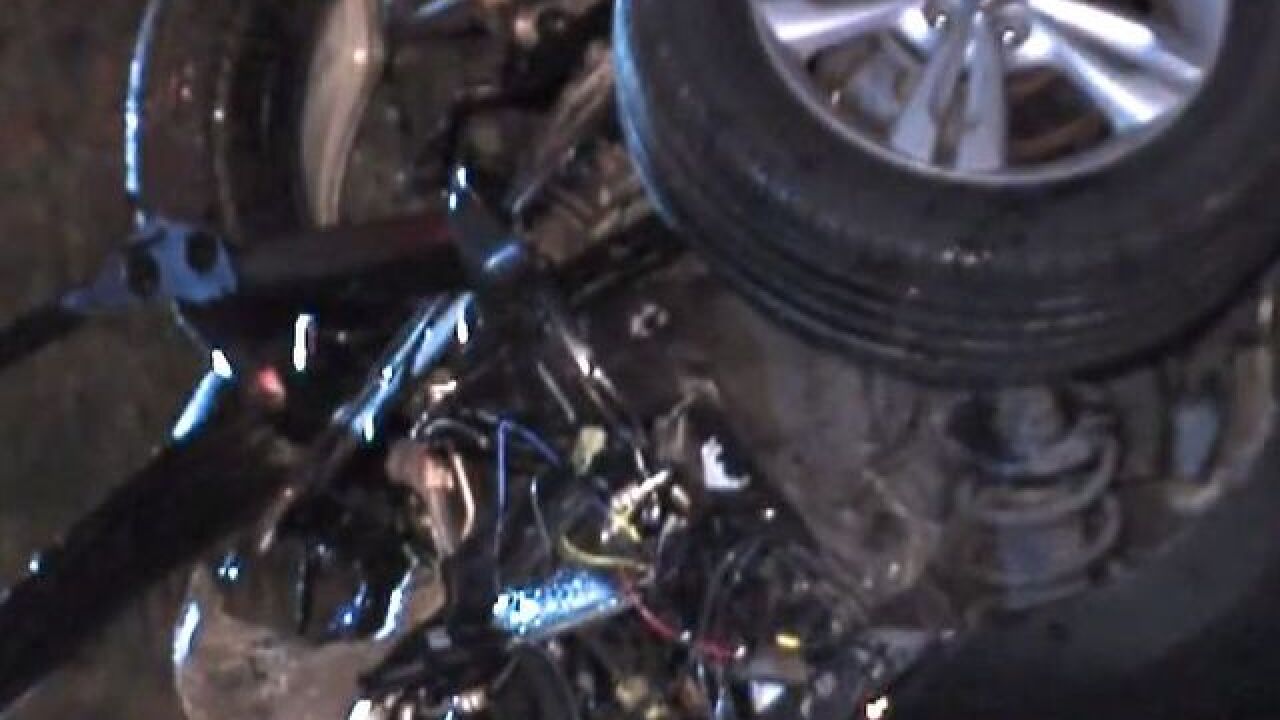 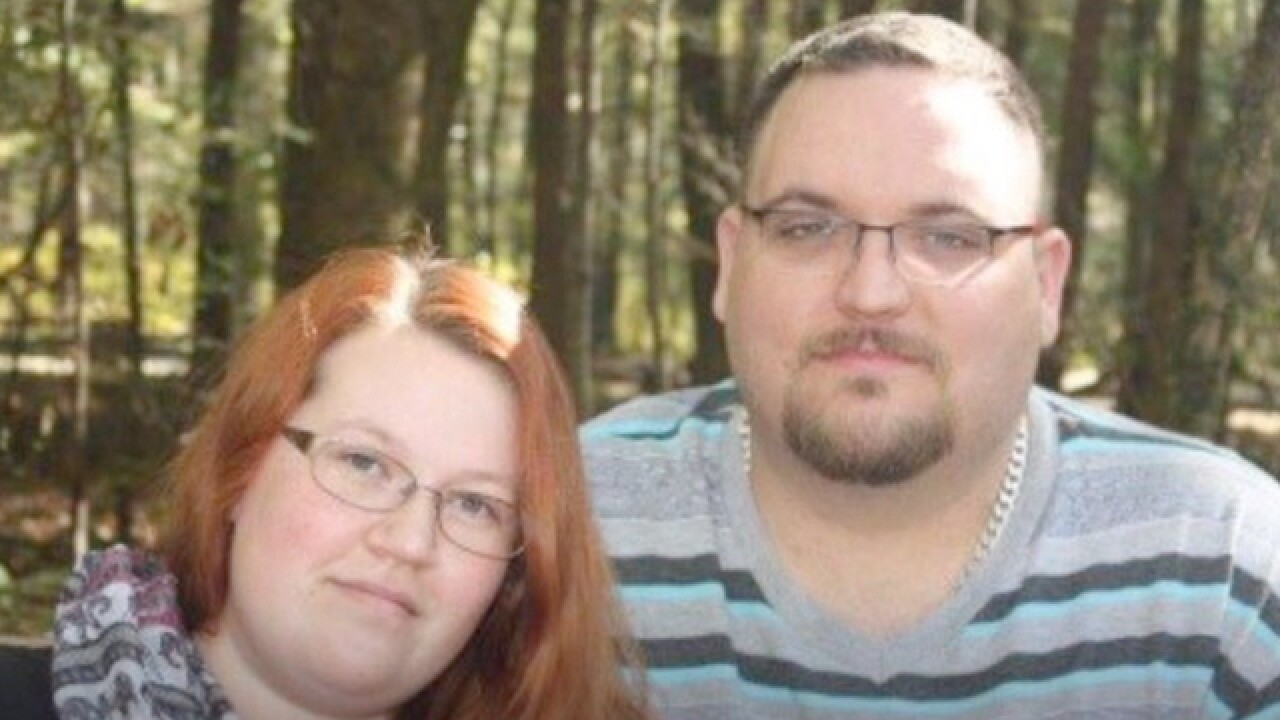 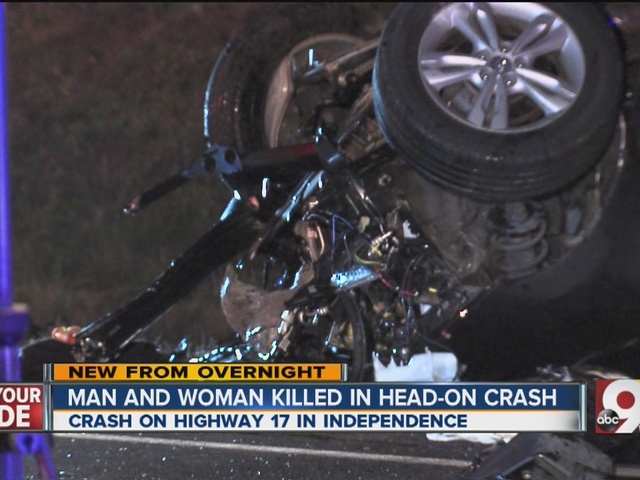 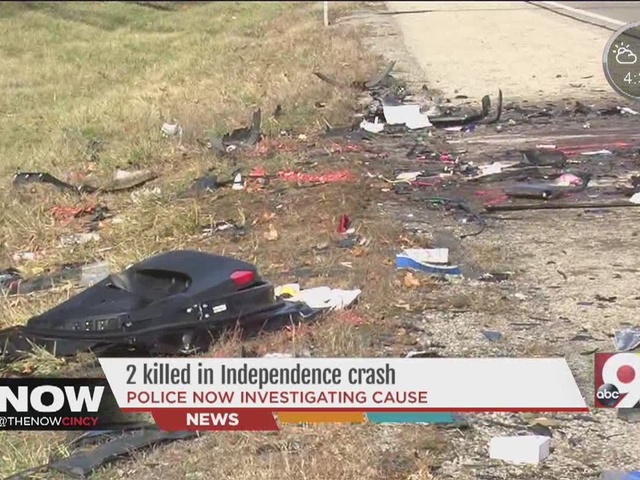 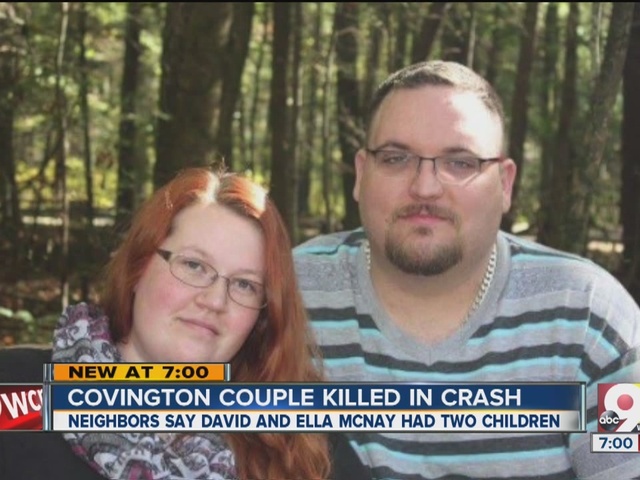 The crash happened about 10 p.m. at the intersection of Kentucky 17 and Pelly Road.

David McNay, 31, and Ella McNay, 24, of Covington, were killed. The man in the other car, Mark Huffman, was flown to University of Cincinnati Medical Center. He was still in critical condition Friday afternoon.

Ella McNay was pronounced dead at the scene, while David McNay died at UC Medical Center.

"You have the conclusion of one year and the beginning of another year, and we have two known fatalities in that -- it’s a huge, huge tragedy," Police Lt. Scott Paul said.

Huffman failed to negotiate a turn onto Pelly Road, police said, and ended up in the wrong lane, where his car struck the McNay vehicle head-on.

"Speed may have been a factor," Paul said. "All we know at this point in the investigation is that we have a northbound vehicle that we believe was attempting to make a left-hand turn and did not negotiate the turn."

Paul said although there's been a prior fatal crash in the area, it hasn't been a particularly troublesome intersection.

Police are not saying whether alcohol played a role. The investigation was still open. Police said they would release more information Monday.

The McNays lived in Covington. A neighbor of the couple, Chris Gentry, said the family moved nearby about six months ago.

"They were just a close-knit family," Gentry said. "They were quiet. They did their yard work, and you would see them come and go. They had friends come by there, just a real nice family."