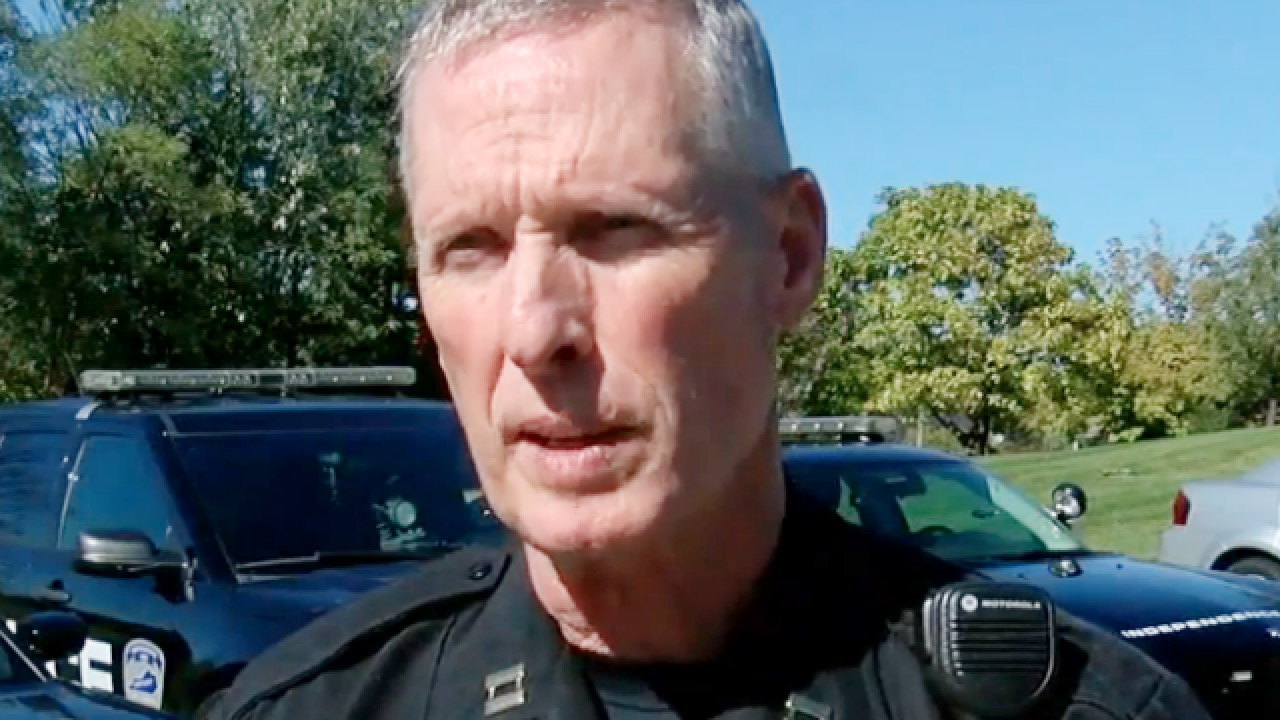 Copyright 2017 Scripps Media, Inc. All rights reserved. This material may not be published, broadcast, rewritten, or redistributed.
<p>Capt. Scott Paul of Independence Police</p>

INDEPENDENCE, Ky. - Kentucky's government employees and retirees were going over the proposed new pension plan with a fine-tooth comb Wednesday.

Like the rest, Lt. Brian Strole of the Independence Fire District and Capt. Scott Paul of the Independence Police Department want to be sure they get what was promised to them, and that the plan brings the state systems out of their $33 billion insolvency in the most effective way possible.

Strole signed on with the expectation of a solid pension plan, but that hasn't been the case.

“That's the way I run my personal life and it's the expectation we have of our legislators,” said Paul.

That hasn't been the case for many years in Frankfort, so Gov. Matt Bevin unveiled his "Keeping The Promise" bill.

“It requires us not to kick the can down the road,” the governor said. “It requires us to fund the actual amount every single year for the next 30 years.  That's how it's going to be paid for.”

Here's how the plan would affect employees and retirees:

Longer employees would continue earning guaranteed pension benefits until they hit 27 years of service or reach age 65, when they would be moved into a 401(k) plan.

Current retirees would not be affected.

For those still working, there's no increase in the retirement age. For those retired, there are no clawbacks, no reductions to pension checks or health care benefits.

“Keeping the promise is really the crux of what we are doing here today,” Bevin said.

Bevin’s  plan would still put pressure on state taxpayers, who would be legally required to make annual payments of more than $2 billion to the system. That’s roughly 20 percent of the state’s annual general fund spending.

“This is a big, big cost to the people of Kentucky,” Bevin acknowledged, but he added it will keep the plans solvent. “If you are working toward retirement and hoping to be a retiree at some point, you should be rejoicing at this bill.”

But Det. Chris Jaskowiak of the Alexandria Police Department wasn’t so sure. When he went into police work with the Kentucky State Police some 25 years ago, he and his employer paid into the pension system and he expected a defined benefit.

“Now, it's turning out that that may not be the case,” Jaslowiak said.

Jaskowiak went over a summary of the plan with Chief Mike Ward and came away with more questions than answers.

“It's not addressing the unfunded liability that hasn't been paid over the years,” the detective said.

The detective  called what he read "scary" for him and his family.

“I'm going to have to decide if I can continue working where I'm working,” said Jaskowiak, who joined the Alexandria force in 2013.  “Is it financially beneficial to stay employed at my current position?”

Officials say the state’s pensions woes have already caused it to lose many employees and discourage others from taking a government job.

Strole and Paul also have lot of questions. Some of the biggest revolve around recruitment and retention of employees.

“When it comes to retention, I've seen a lot of institutional knowledge lost over the last year with guys who are going,” Paul said.  “I'm not going to take a chance on what's promised me.”

The full legislature is reviewing the bill right now.

Bevin said he hopes to have it passed by next July.