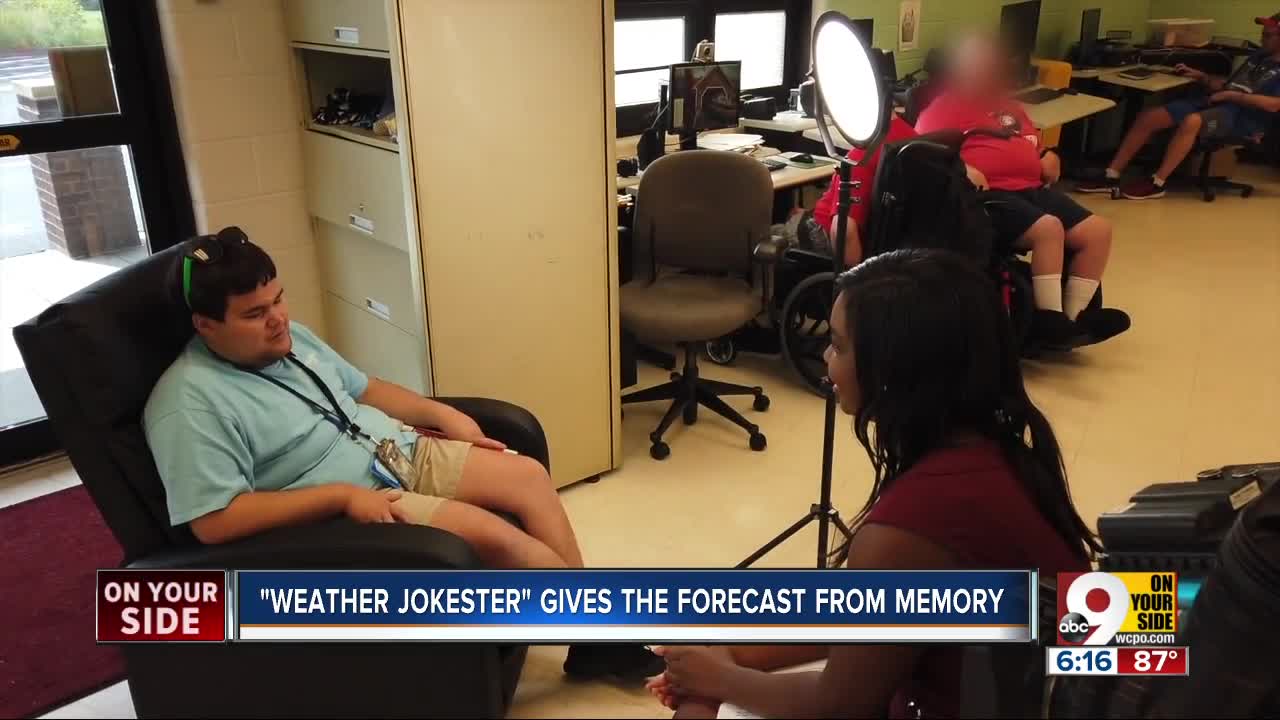 FORT MITCHELL, Ky. — There’s a Kentucky man who gives the weather forecast in a uniquely funny and inspiring style.

On the air, he goes by the nickname "Weather Jokester" because he does impersonations and jokes to get laughs at Redwood, a rehab facility in Fort Mitchell catering to those with special needs.

"I make people laugh when I do the weather sometimes here,” says the 27-year-old.

“’Hello, hello, hello!’ That’s how I sometimes greet everybody in the mornings."

"It’s kind of hard from time to time because I can’t see the screen,” he says.

"Weather Jokester" (we're not using his real name because of HIPPA rules) relies solely on memory.

“I memorize what they say on 'The Weather Channel',” he says.

He’s been forecasting the weather on the facility’s weekly news show called "What’s Good From The Wood," for going on two years.

"He gets up there and he’s got his little microphone and he’ll do the old, ‘Is this thing on?’” says John McCoy, who works at Redwood and helps produce the newscast.

"Weather Jokester" says he hopes to turn his love of weather into a career and to make forecasts more suitable for people with vision problems.

“There’s still a flaw with braille pictures being printed out or being displayed,” he says.

McCoy says "Weather Jokester" is an inspiration to others at Redwood.

RELATED: Watch the Aug. 16th "What's Good From The Wood."