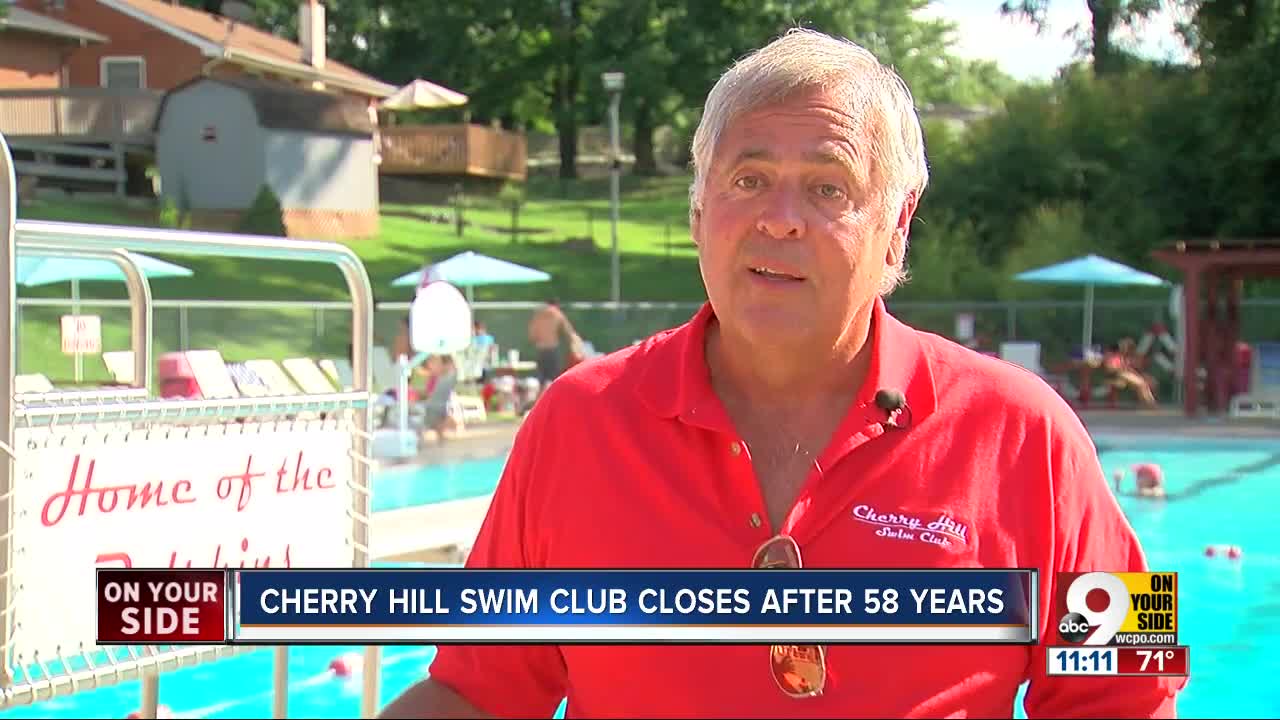 ERLANGER, Ky. — The Cherry Hill Swim Club, which welcomed Erlanger families to summertime for 58 years, closed its gates for good Monday night. Keeping it alive had become a labor of love owner Brian Collins said he could no longer sustain.

“We sort of missed the business plan, which was to recreate what was here in the ‘60s and ‘70s,” said Collins, who purchased the club in 2005. “That was never going to happen. Things have just changed. We struggled.”

By the time the final whistle blew, it had become more difficult to find reliable lifeguards and paying members, he said. He had to get certified himself, making him (he jokes) among the oldest lifeguards in the state.

And the landscape of summer was different than it had been in 1961, when he — all of 6 years old — swam in the pool on opening day.

Boy and Girl Scout troops met at the swim club; it was where Collins first heard the Beach Boys and where he discovered the passion for swimming that led him to compete in college and high school.

Now, kids and families have options for their summer activities. Lots of them. By the time Collins purchased the club, it was abandoned “literally with trees growing up through the concrete” and raccoons nesting inside the clubhouse.

He and a handful of other local families hoped they could bring back the spirit of ’61, but it never returned in 14 years of trying. It also never broke even. Money wasn’t the biggest concern, Collins said — he kept it partially for himself, to sit out on quiet nights and reminisce — but eventually the cost of nostalgia became too much. Physically, he just couldn’t do it anymore.

Young member Elle McNabb was disappointed to hear it, she said.

“I’ve been here my whole life,” she said. “Seeing it leave, it’s not happy. We’ll have to go to a different pool, meet new people.”

Collins spent the weeks leading up to the closure sitting with his melancholy, he said. When he turns the key for the last time, he’ll be leaving the club as-is, still hoping another owner could purchase and revive it the way he remembers.

“I feel like I owe it,” he said. “I had a wonderful childhood. A lot of it is attributed to the summers spent here every day. I’ll miss the old girl because of that.”

He’ll take one last swim before he drains the pool and locks up.