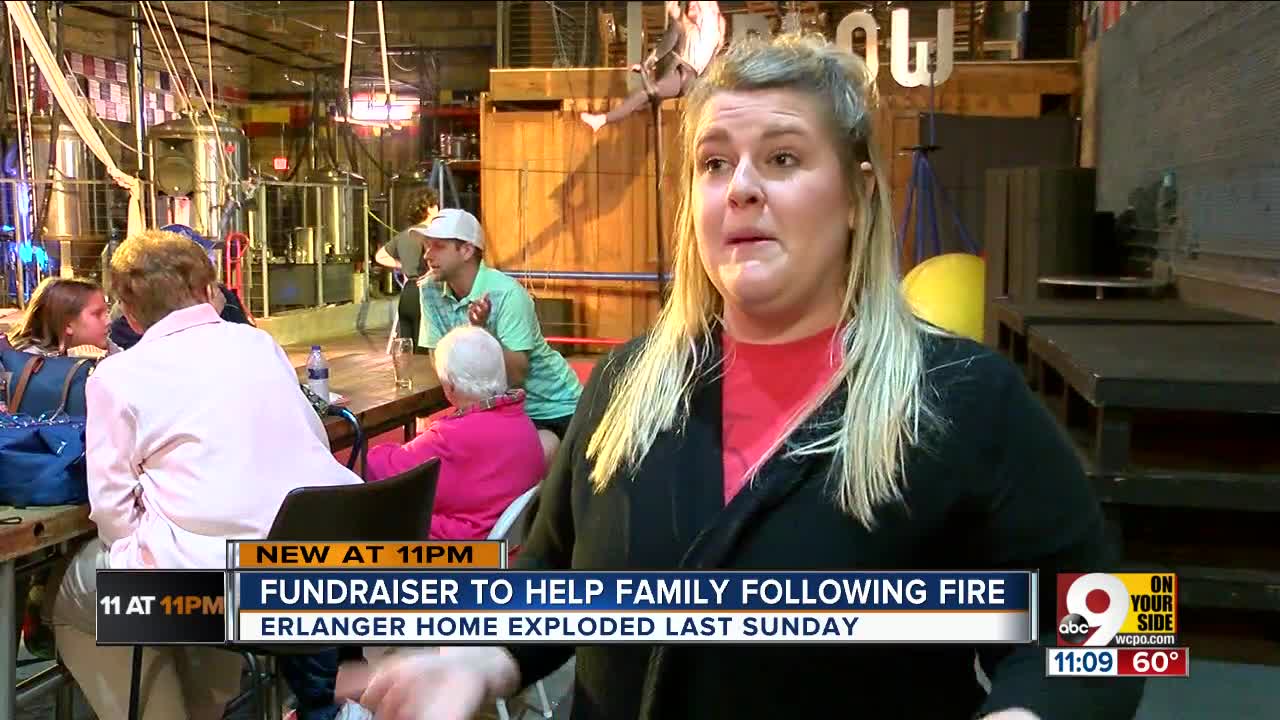 One dollar of every sale during the night went to support the family of a 14-year-old student who was burned and left homeless by a fiery Sunday night explosion.

ERLANGER, Ky. — Every Wednesday is a charity-oriented “One for All” Wednesday at Bircus Brewing, where Tichenor Middle School teacher Chloe Thompson bartends part-time. This Wednesday, however, was special to her.

One dollar of every sale during the night went to support the family of a 14-year-old student who was burned and left homeless by a fiery Sunday night explosion.

The noise was loud enough to rattle the windows of other homes on the street, one neighbor said that night.

“My stomach sank,” Thompson said of the moment she heard the news. “She’s a sweet girl, and knowing their family, they’re sweet people too. I wanted to help out in any way I could.”

The student and her younger brother, an elementary school student, were both injured in the explosion.

Although Thompson said she had talked to their mother and learned both were recovering well, the family won’t be able to return to the remains of their home after they’re released from treatment.

Their future is far from certain.

“We know every bit helps,” Thompson said. “Every little bit. Our school has been helping as well. As much as we can raise, whatever we can do for them. Whatever to help.”

Also at Wednesday’s fundraiser was Rachel Brock, who said her son was a close friend of the 14-year-old girl.

“It’s a very touching moment,” she said. “Very sad. They lost everything. I couldn’t imagine.”

The cause of the explosion was still under investigation.