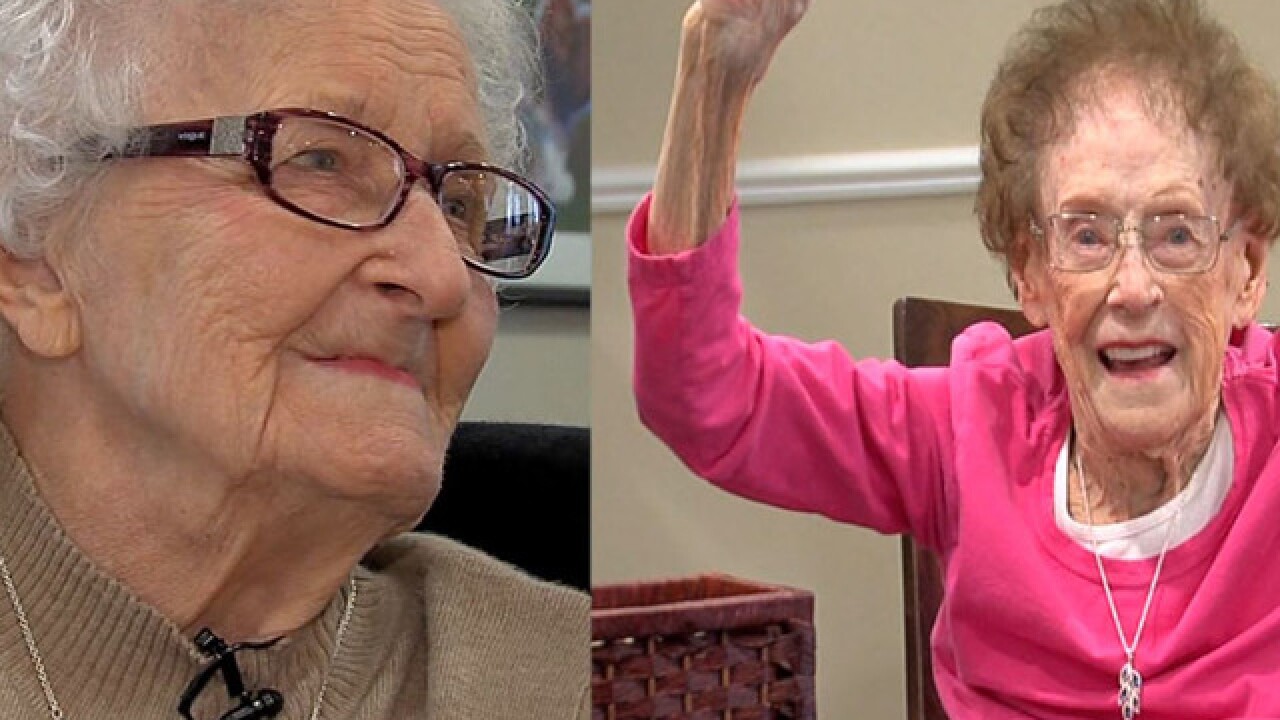 Copyright 2018 Scripps Media, Inc. All rights reserved. This material may not be published, broadcast, rewritten, or redistributed.
Thorp, Tyson

EDGEWOOD, Ky. -- According to a 2010 US Census Bureau brief , the number of Americans who reach the age of 100 is growing but remains around .01 percent of the population. Having two Tri-State residents of the Brookdale Senior Living Community in Edgewood reach that milestone is something special.

Dody Landwehr's birthday is Thursday, and Ginny Schmidt's is Nov. 20. Neither woman lets age slow her down.

"I think the staff gets a kick out of her when she gets into the humorous mode and she'll make fun of things and she can crack up and laugh," Ginny's son, Don Schmidt, said.

"She's been doing that for quite a few years," her son, Jerry Landwehr, said. "She's always been really crafty and handy, and she was always involved in a lot of civic organizations."

Dody ran the family's hardware store in the early '60s after her husband's sudden death.

"It was work, but it was fun," Landswehr said. "It was very, very inspiring."

Both centenarians will celebrate their birthdays at the senior living center with their families.