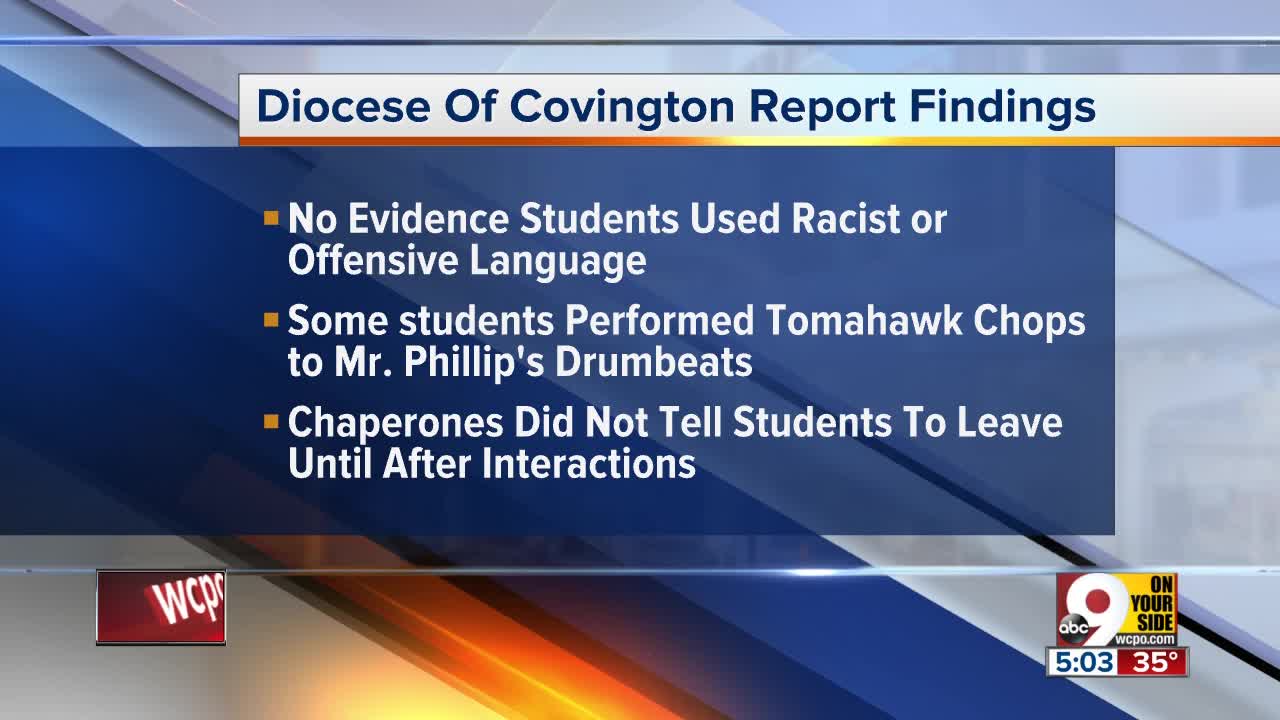 The Diocese of Covington has proclaimed that Covington Catholic High School students recorded on viral videos during a school trip to Washington, D.C. did nothing wrong after releasing a report prepared by a private investigation firm. 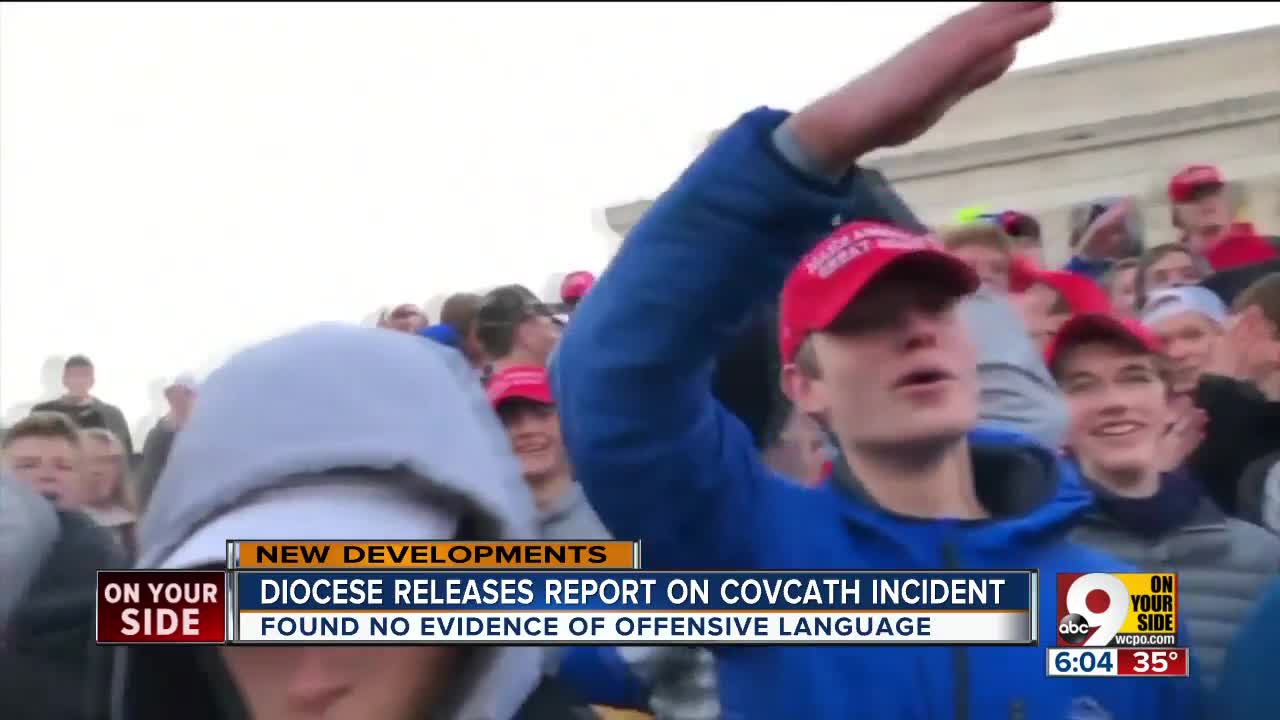 COVINGTON, Ky. — The Diocese of Covington proclaimed Wednesday that Covington Catholic High School students recorded on viral videos during a school trip to Washington, D.C., did nothing wrong after releasing a report prepared by a private investigation firm.

Attorneys for the diocese hired Greater Cincinnati Investigation to look into the incident after videos posted online showed CovCath students who were in Washington for the March for Life rally encountering demonstrators from the Indigenous People’s March. In one video that first went viral, CovCath student Nick Sandmann, wearing a "Make America Great Again" hat, was shown in a close encounter with Omaha elder Nathan Phillips, who was beating a drum and chanting.

The school and its students were criticized by online commenters who perceived the students as acting disrespectfully and racist. Others labeled Phillips a troublemaker and claimed that he was trying to intimidate the students, who were innocent.

Investigators reported that they were unable to obtain surveillance video from the Lincoln Memorial. Sandmann offered a written statement, rather than an in-person interview. A person who posted several videos online didn't respond to them. Neither has Phillips, despite investigators showing up at his home and leaving a note.

According to the investigators' report:

In a letter to CovCath parents, Bishop Roger Foys wrote that the investigation "has demonstrated that our students did not instigate the incident that occurred at the Lincoln Memorial."

"I am pleased to inform you that my hope and expectation ... that the results of our inquiry ... would 'exonerate our students so that they can move forward with their lives' has been realized," Foys wrote.

Despite the initiation perception by many people online, the students actually "were placed in a situation that was at once bizarre and even threatening," Foys wrote. "Their reaction to the situation was, given the circumstances, expected and one might even say laudatory."