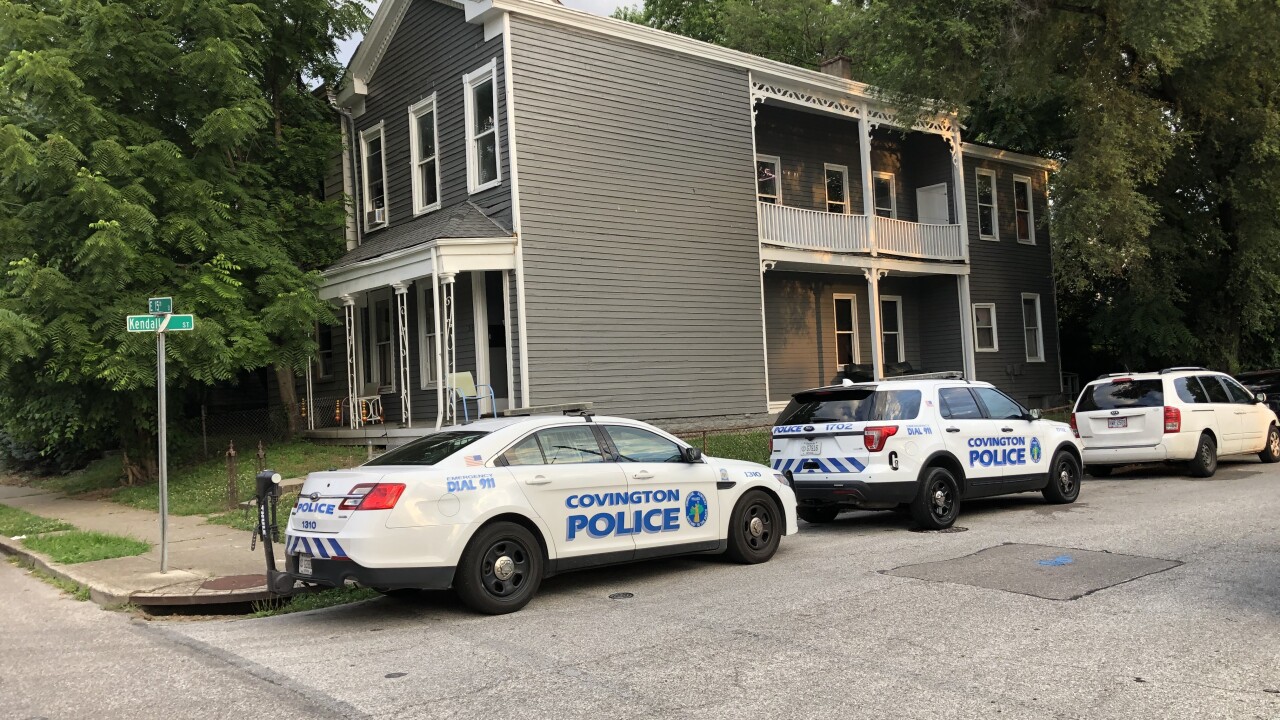 Terry Helmer
Officers with the Covington Police Department at the scene of a homicide.

COVINGTON, Ky. — Two people are dead in Covington Friday morning after a man broke into the home of his ex-girlfriend, shot a man inside, and then turned the gun on himself, according to police.

The Covington Police Department responded to 316 E 15th St. in Covington around 2:15 a.m. Friday for a shooting.

After investigating, police said Bray broke into the house of his ex-girlfriend and was confronted by Doney. Bray shot and killed Doney before shooting and killing himself.