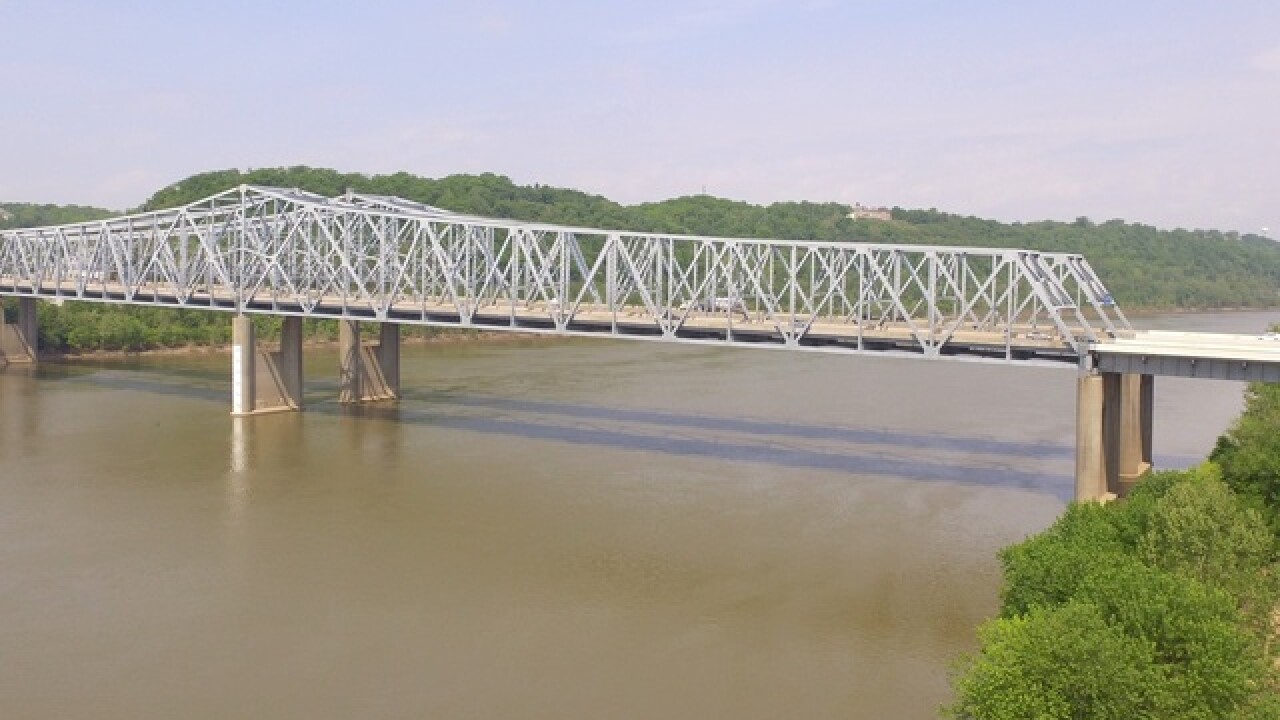 COVINGTON, Ky. -- Not a spill. Not blood. Not an early Christmas prank. If parts of the Ohio River look red next week, it’s just a dye test.

On Thursday, dye will be poured into the Ohio River.

Greater Cincinnati Water Works, the Northern Kentucky Water District and the Ohio River Valley Water Sanitation Commission are researching the "flow dynamics of the river," according to a news release from the city of Covington.

Due to the current height of the Ohio River, @CincinnatiWater has postponed its planned water flow study. The study will likely begin Thursday, based on current river projections. https://t.co/M7PsucnUTz

"Valuable information and data will be obtained which will provide for more effective response to spills or other contamination events in the river," the water district said in a written statement.

Dye will be spilled into the river three times near the Combs-Hehl Bridge. Some portions of the river may turn a shade of red during testing. The water district assures the dye is safe to the river, humans and aquatic life.