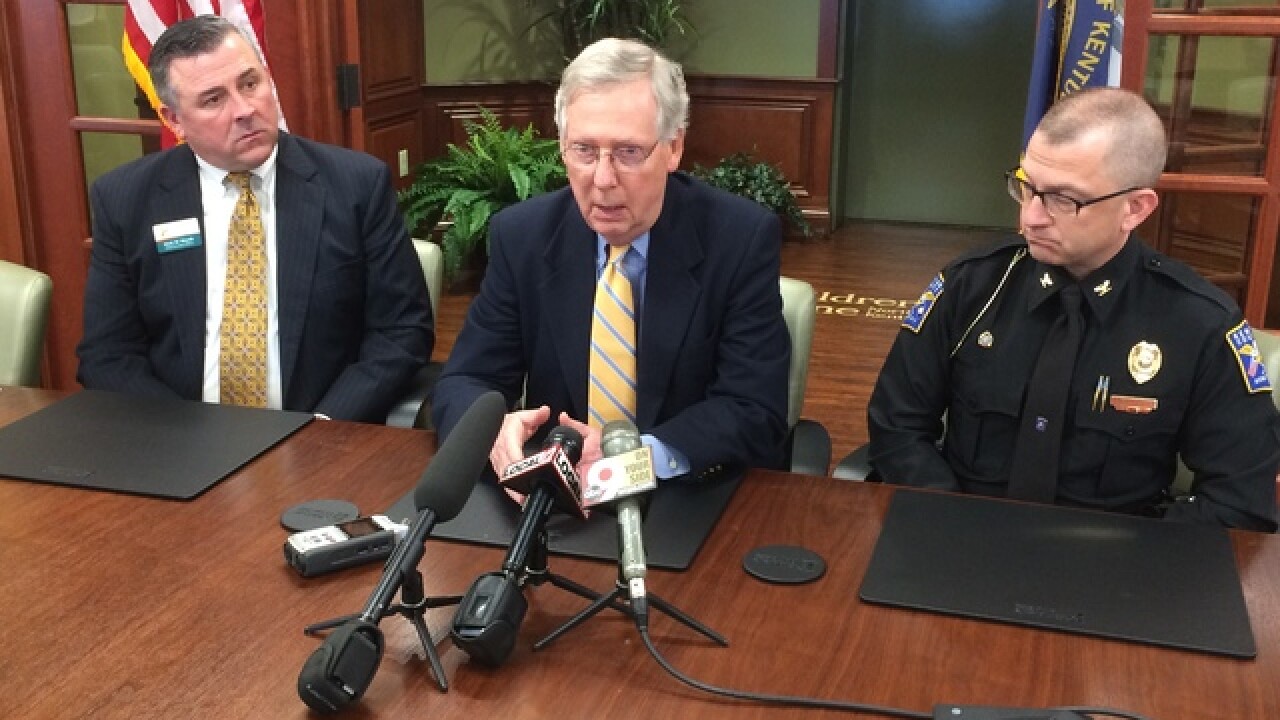 COVINGTON, Ky. — The Tri-State’s heroin crisis has a particularly devastating effect on the children involved, which is why Senate Majority Leader Mitch McConnell came to Northern Kentucky to discuss a bill providing more treatment options for those addicted to heroin or painkillers.

Sen. McConnell met with members of regional law enforcement Thursday morning at the Children’s Home of Northern Kentucky to talk about the Comprehensive Addiction and Recovery Act (CARA), which recently passed the Senate by a vote of 94-1 on March 10.

Sen. McConnell said he thought the Tri-State was an epicenter of the heroin issue until attention from presidential candidates revealed it is a problem in many other areas of the country.

“It took off like a wildfire across the country,” McConnell said. “I don't know if I'd criticize anybody for being late or not but it's been overwhelming."

The Senate’s website explains that the legislation would, among other changes, authorize the attorney general to make grants to:

Some Democrats argued that the bill should have provided even more funding to fight drug abuse.

CARA now goes to the House of Representatives for consideration. McConnell said he expects the House to take it up soon and either pass it or a similar bill.

“This legislation is moving and that’s good. There is an urgency to this issue — Congress must act now to help repair our communities, our families and our country,” Portman said. “CARA — this comprehensive approach — will help more Americans put their lives back together and help individuals achieve their God-given potential.”