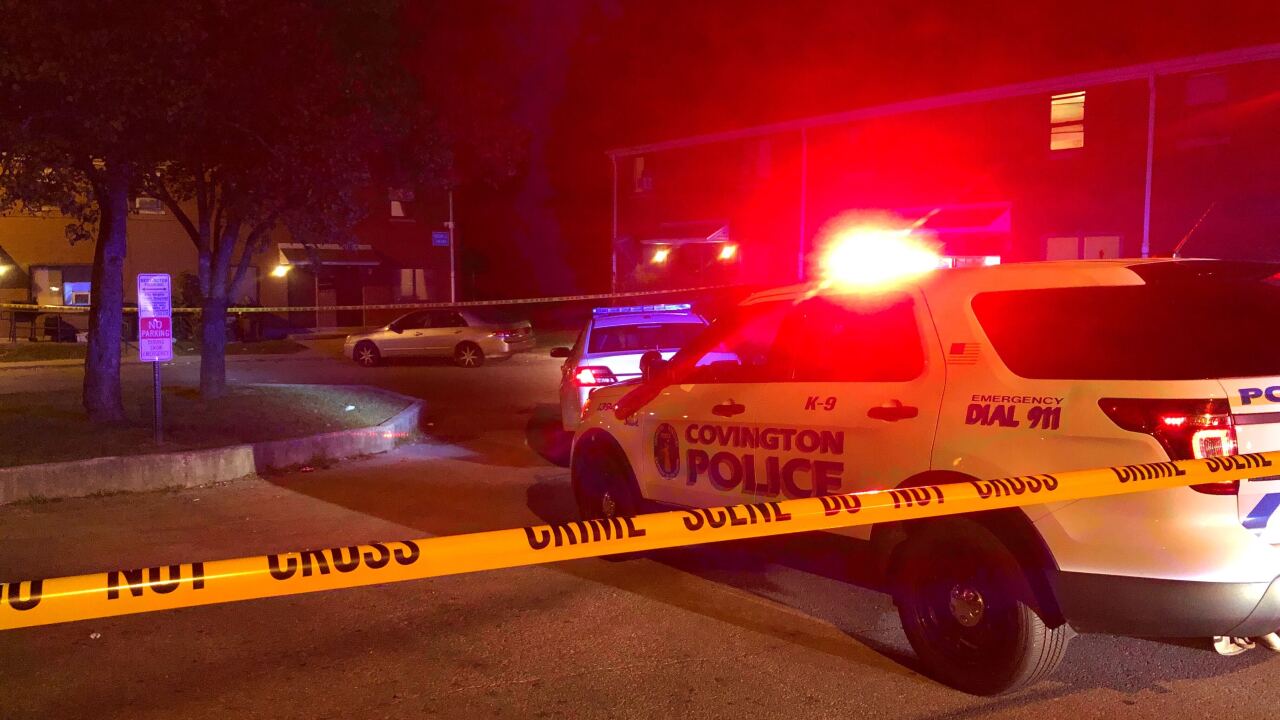 Copyright 2020 Scripps Media, Inc. All rights reserved. This material may not be published, broadcast, rewritten, or redistributed.
Gibney, Emily
One in custody after double shooting in Covington

COVINGTON, Ky. — Two men were shot and one woman was arrested Monday night after a man thought he was going on a Tinder date but it was a pre-planned robbery, according to police.

The Covington Police Department responded to 2419 Bell Ct. Monday around 8:45 p.m. for a caller who said he had shot two people. When officers got on scene, they found the two people who were shot and transported them to the University of Cincinnati Medical Center. Police have not said how serious their injuries are.

While on scene, officers also found the man who shot the two others.

The man told police that he was at the residence on a Tinder date with a person named Sierra Wayman. When he got to Wayman's home, two other people knocked on the door, were let in by Wayman and started to beat him.

The man pulled out a gun and shot both of the people beating him as he left Wayman's residence before he called police.

According to police, Wayman admitted to inviting the two other people over to her place to get money from the man. Police arrested and charged Wayman with robbery.

Police did not say if the two other people who were shot would face charges as well.

This incident is still being investigated by police.