Adam Schrand
Two people riding on a Lime scooter ran a red light and got hit by a driver in Covington on Friday, July 5, 2019. 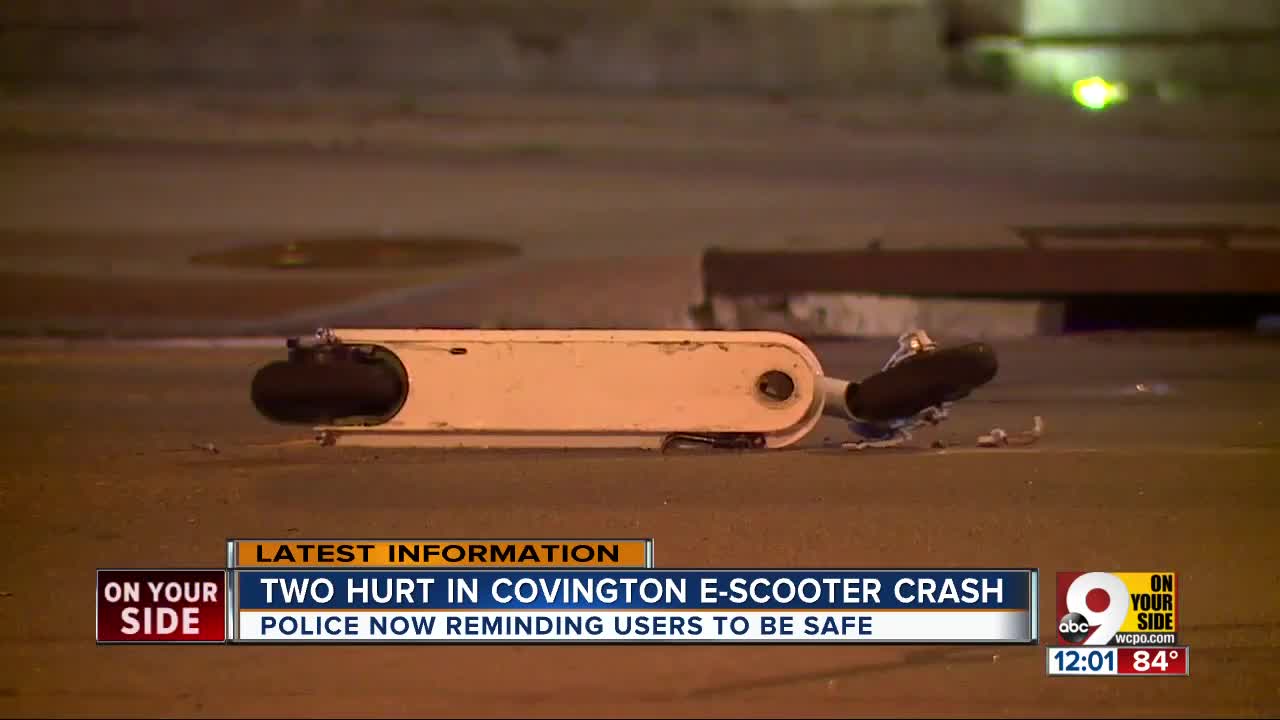 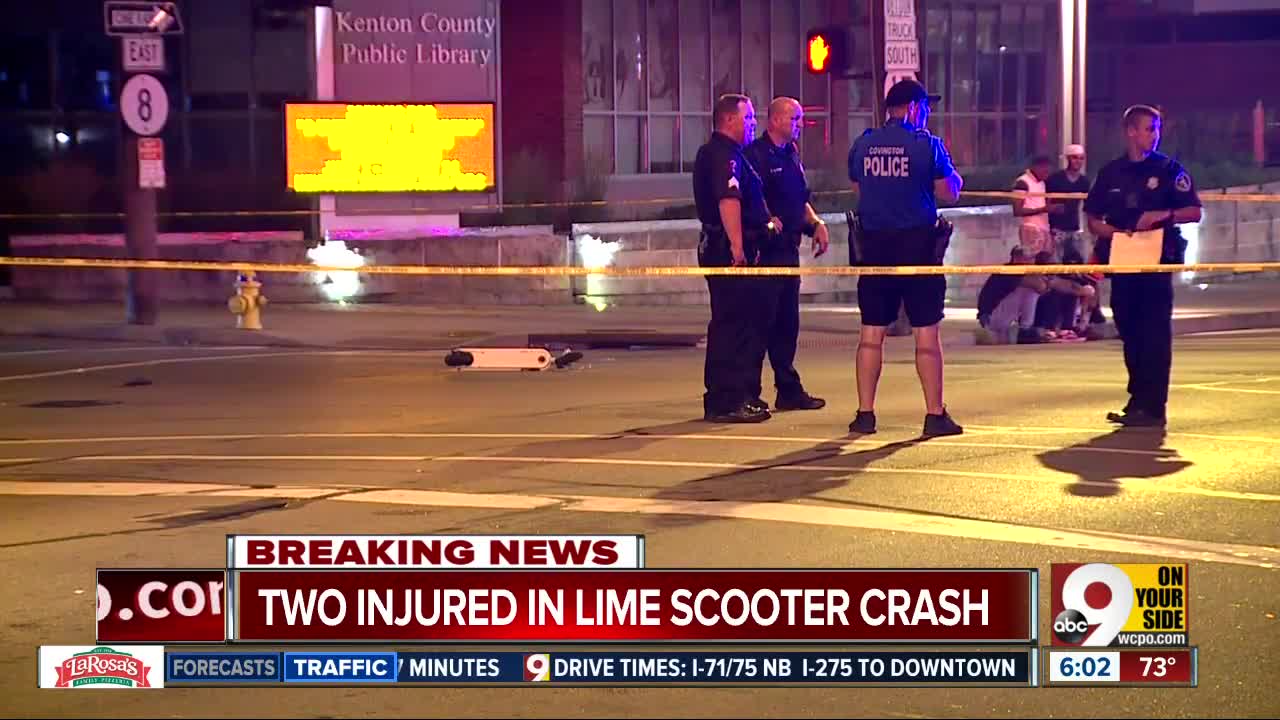 "You're on a scooter. They're driving a 4,000-pound vehicle. That's going to hurt," said Chief Rob Nader.

Police said a man and woman riding together on the same Lime scooter ran a red light at Scott Boulevard and East 5th Street just after midnight. The scooter was wrecked and they were taken to the hospital. They are expected to survive.

"The electric scooters are fun. We understand that," Nader said. "It gets you from one part of the city to the other part. You get to look around. You get to feel the air. But people have to remember at the same time they have to follow all traffic laws.

“Just like any other traffic rule, if we catch you running a red light, we can pull you over and give you a ticket for ... disregarding a traffic control device,” Nader said. “It’s all about safety. We don’t want to see you get hit.”

Nader said he's not aware of any law prohibiting two people from riding on the same scooter, but there's an obvious danger.

"You don't want to distract yourself. You still have to pay attention. And with two people it's no different from what kids used to do with the kid on the handlebars on front," Nader said. "If you can't see where you're going, an accident will probably happen."

Nader said this was the big first scooter accident in Covington, but police had concerns about e-scooters since legislation passed allowing them in the city.

“They seem more like a toy and not a vehicle, and they are a vehicle, and they have to follow the same rules,” Nader said. "So yes, it was a concern at that time. What's the law for them? How do they apply? That was all concern. And the way they sometimes crowd the sidewalks."

In Cincinnati, there have been “several” crashes involving e-scooters, but none have been serious, said police Sgt. Eric Franz.