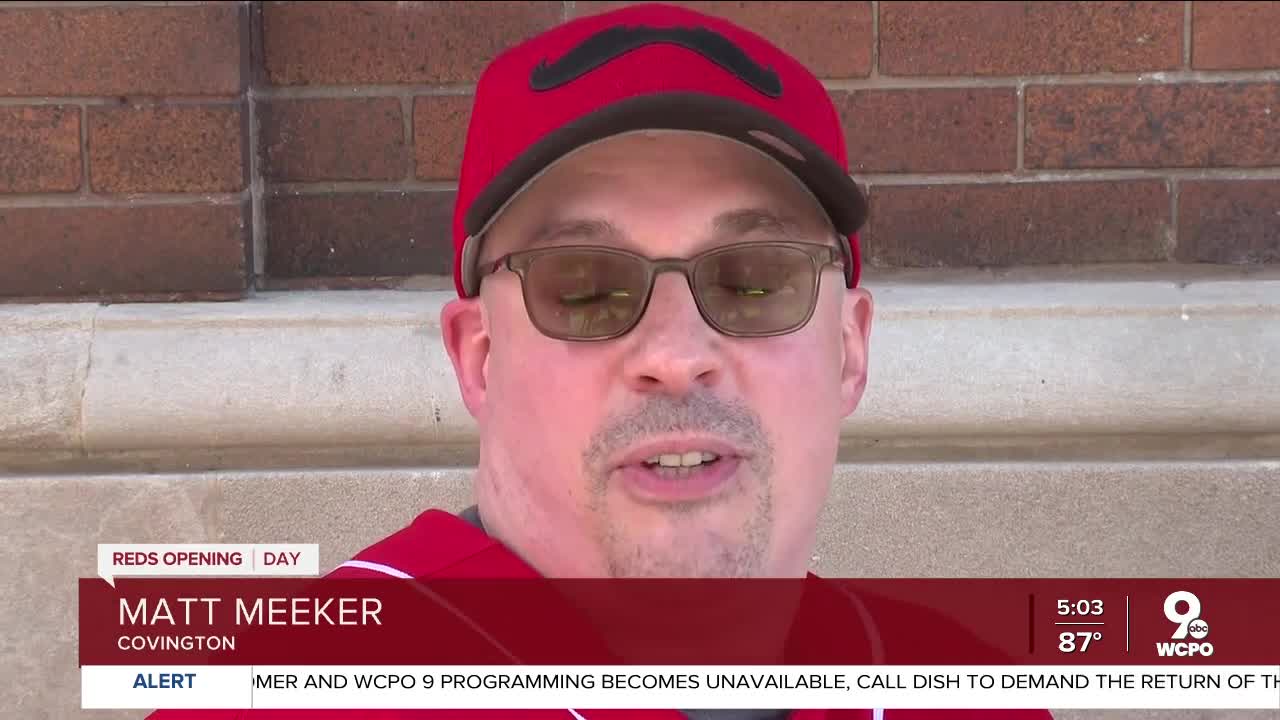 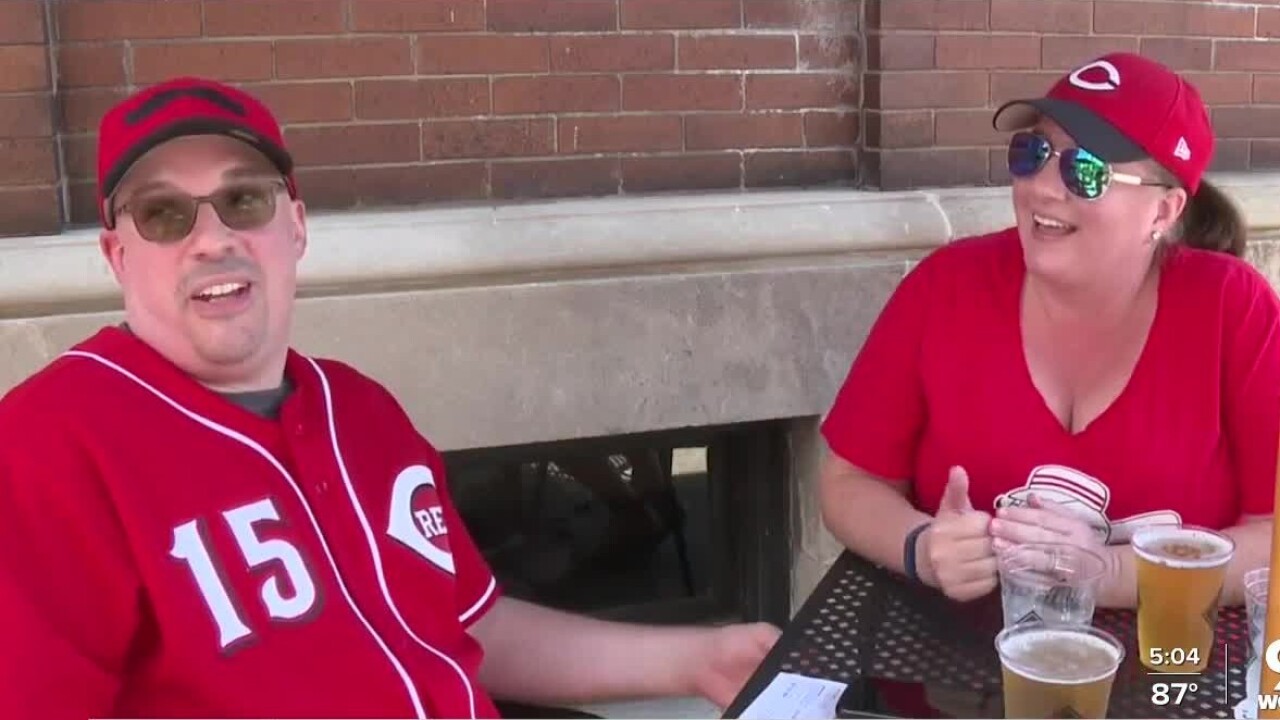 COVINGTON, Ky. — On a normal Opening Day, the street in front of Smoke Justis restaurant and bar is blocked off. There’s a bar, live music, and thousands of people outside.

The pandemic cut down on the crowd Friday, but Reds fans like Matt and Amanda Meeker of Covington were making the best of it.

“It’s been nice just to have sports back,” said Matt. “It’s been so long since we’ve had something to cheer for.”

The Meekers come here every Opening Day, but it was just the two of them celebrating this year.

“It’s definitely a quieter experience,” said Amanda. “But we’ve been really staying in a lot since March, so it’s nice just to have a beautiful day and get out.”

And even though Opening Day was postponed from March to July, the spirit was still there.

“We just want to keep that alive,” said Smoke Justis owner Richard Dickman. “We don’t want to go by without it.”

Dickman has had to make some adjustments because of COVID-19. Tables are distanced, and if you don’t have a seat, you can’t be there.

He was trying to bring a new type of Opening Day energy to the bar.

“You can’t bring the same, but what you can do is try to bring a little piece of it,” Dickman said. “And really what we’re using it for is kicking off this outside area that the city is so gracious to let us use.”

Meanwhile, it was a perfect day for Mr. Perfect himself.

“We are going to win,” said former Reds pitcher Tom Browning, who threw the franchise’s only perfect game in 1988.

“I say we win the game 5-1,” Browning predicted before the Reds took a 7-1 win over the Tigers.

Browning thinks the 2020 Reds have the right stuff after six straight losing seasons.

“These guys here, I think they have an uncanny ability to figure out what it takes.” Browning said. I” like our rotation, I like our bullpen and I like our players. We’ve got every position covered with pretty solid guys. All we’ve got to do is go out there and do it.”

“The team is supposed to be really good this year,” Meeker said. “It’s just nice to have baseball back.”