Nine years after Paige Johnson disappeared, her family is still searching for answers 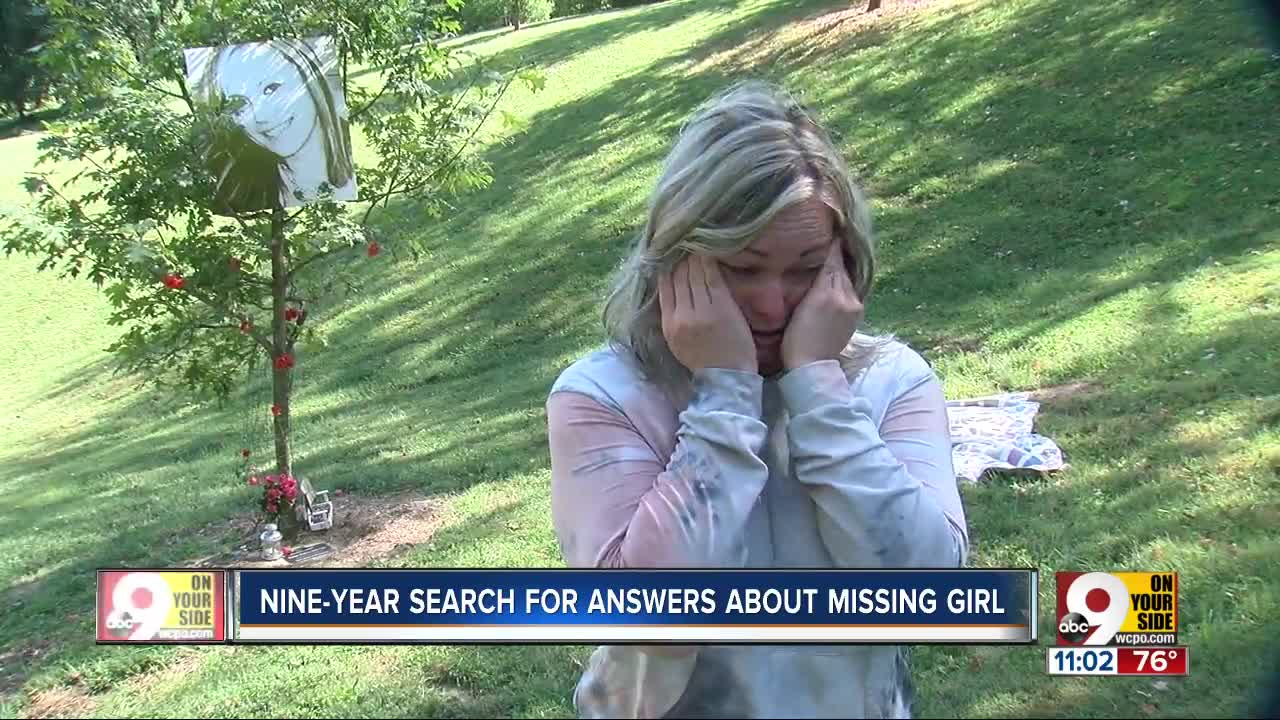 COVINGTON, Ky. — Nine years ago, Paige Johnson was last seen near the corner of East 15th St. and Scott Blvd. in Covington, but what happened to her after that is something her family is still fighting to find out.

The then-17-year-old vanished on Sept. 23, 2010, and Covington police said the case is still open. Her family gathered at a memorial tree in Devou Park on Sunday to remember her, and keep her name alive in the hopes of learning what happened.

"If we could just know where she is," said Donna Johnson, Paige's mother. "What happened to her. Bring her home."

She said the pain is still fresh, nine years later.

"The not knowing is just evil," said Alicen Franks, Paige's cousin. "It's awful. My stomach's upset."

Police have continued to investigate tips and leads associated with Paige's disappearance, but her family wants to make sure helpful tips are still coming in.

"Keep her name out there," said Franks. "Try to do good in her name and hopefully that will bring her back to us."