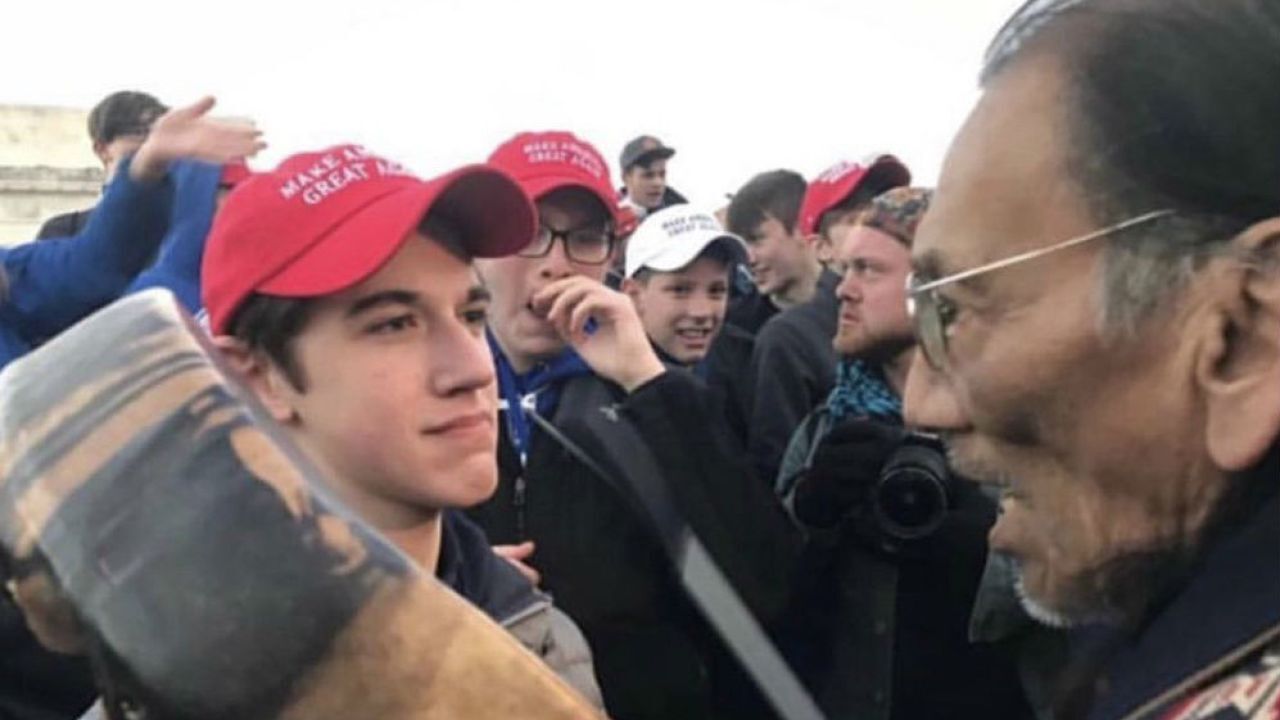 Nicholas Sandmann, the Covington Catholic student who found himself at the center of an online political dogfight in 2019, will speak at the Republican National Convention Tuesday night.

“I can’t tell you all enough about how excited I am to be apart of this years RNC!” Sandmann tweeted.

The teen became a favorite conservative symbol of destructive “cancel culture” — the tendency for broad online communities to circulate damaging (and sometimes dubious) information with the intent of harming a person’s reputation — in 2019, when a short clip of Covington Catholic students interacting with Native American activists went viral on Twitter.

The students, Sandmann among them, had been visiting Washington, D.C. to participate in the anti-abortion March for Life. While they waited outside the Lincoln Memorial for buses that would take them home, they attracted the attention of a group of Black Hebrew Israelites — members of a fringe religious group known for their vulgar, confrontational style of public preaching.

Members of the Black Hebrew Israelites shouted at the students; in response, the students began to perform school spirit chants.

It was at this point that a group of Native American activists entered the scene. They were participants in the Indigenous Peoples March, which had taken place earlier in the day.

Some members of the indigenous group interpreted the interaction as a confrontation caused by the (largely white) students, many of whom were wearing “Make America Great Again” caps.

One participant in the march, Omaha tribe member Nathan Phillips, positioned himself in front of the students and played a traditional drum.

This was the clip, and later the screenshot, that went viral: Phillips face-to-face with Sandmann, who wore a “Make America Great Again” cap and smiled at him.

It was an easy image for viewers and Twitter commentators to build a narrative around. Phillips spoke to the media first and gave his account of the encounter, which characterized the Covington Catholic students as aggressors.

Sandmann’s smile was described by some as smug and condescending. He would later say he had meant it to show he was not trying to start a confrontation with the demonstrators.

The next several weeks would include death threats sent to the Covington diocese, local and national investigations into the incident and a dripfeed of additional video clips, including those that showed the extended encounter with the Black Hebrew Israelites beforehand.

Sandmann sued the Washington Post, CNN, NBC Universal and a number of public figures who had commentated on the incident. By Tuesday, the Post and CNN lawsuits had been settled.

Sandmann himself remains a minor conservative cause celebre and frequently posts on Twitter about his support for President Donald Trump, his anti-abortion beliefs and his belief that various social media networks and news outlets have an anti-conservative bias.