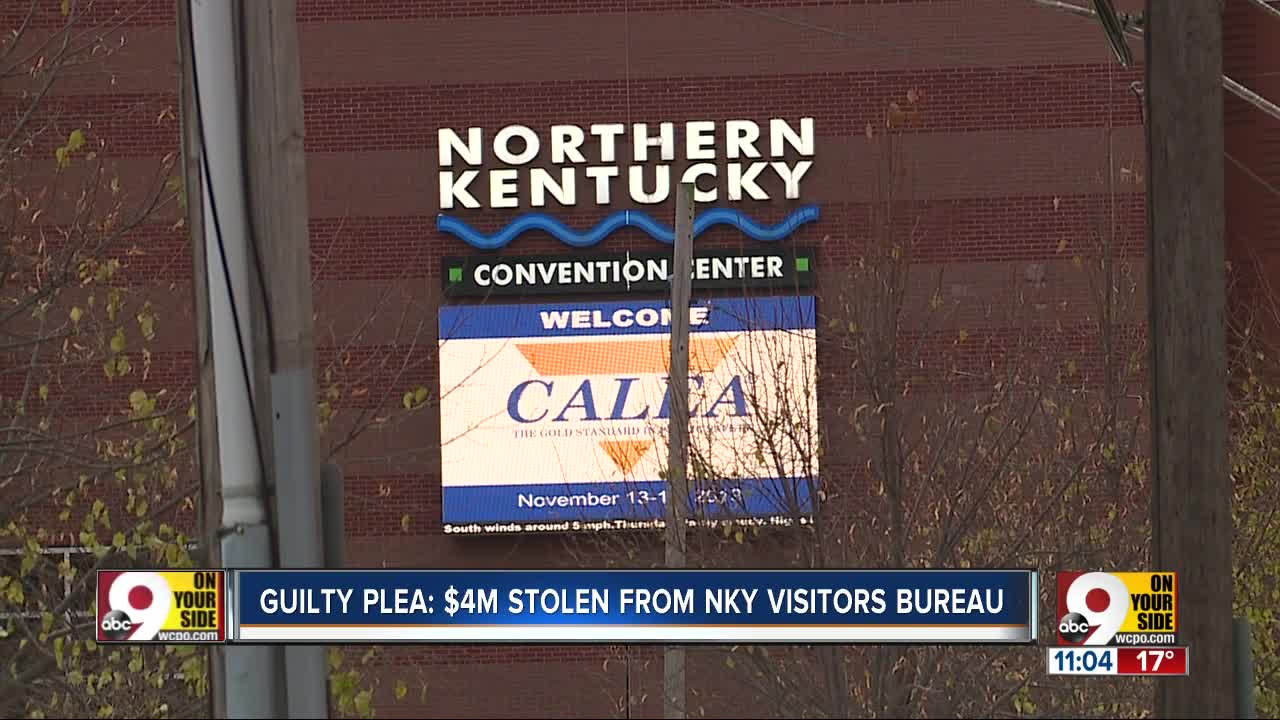 According to Kenton County Prosecutor Rob Sanders, 59-year-old Bridget Johnson met the scammer online in 2017 and believed they were in a romantic relationship. When he requested she help him pay for a trip to visit her in person, she began sending money.

COVINGTON, Ky. — The former finance director of the Northern Kentucky Convention and Visitors Bureau pleaded guilty Tuesday to sending millions in taxpayer dollars to a scammer she met on an online dating website, then doctoring bank records to conceal the theft.

According to Kenton County Prosecutor Rob Sanders, 59-year-old Bridget Johnson met the scammer online in 2017 and believed they were in a romantic relationship. When he requested she help him pay for a trip to visit her in person, she began sending money.

At first, it was her own. Sanders wrote Johnson sent around $250,000 from her own bank account to the scammer, who would in turn forward it to accounts in China. She eventually began stealing from MeetNKY, which is funded by hotel taxes and had far more money at its disposal. She had worked there for over 20 years.

"(She) never received a penny from the theft but she continued to send the stolen funds to scam artists in hopes of recovering approximately a quarter-million dollars worth of her own money she'd already lost," Sanders wrote in the news release. "Until Ms. Johnson started taking tax dollars from her employer, she was the largest individual victim of theft I've ever seen, but now she's the largest thief."

Johnson had written $4,049,241 in fraudulent MeetNKY online checks by the time the organization’s bank flagged it as unusual activity in September 2018.

She would be fired Oct. 3 and charged in mid-November. On Tuesday, she pleaded guilty to complicity to theft, abuse of public trust and unlawful access to a computer.

Her Dec. 17 sentencing hearing could put her in prison for 50 years.

According to Sanders, “the case is a sad but monumental example of what goes wrong any time someone sends funds to a person they’ve never met.

“It’s a scam!” he wrote. “It’s always a scam. There’s no legitimate reason to send money to anyone you’ve never even met in person. It will always end bad!"