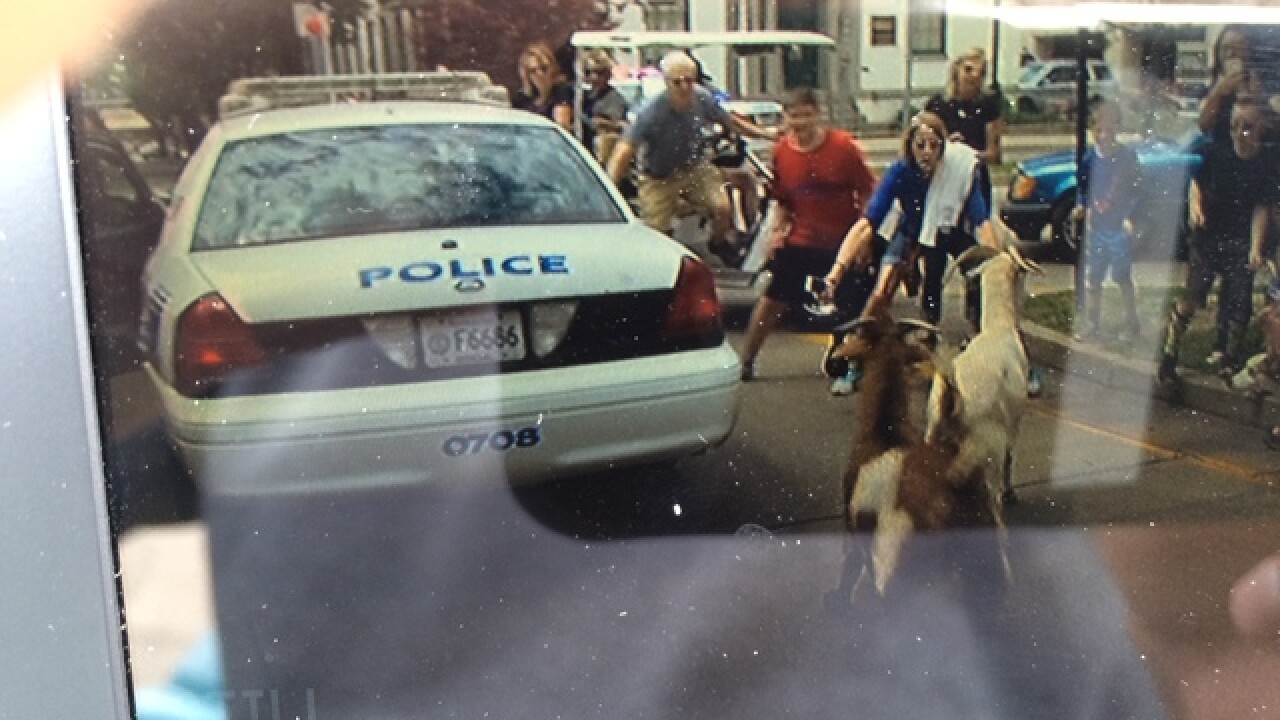 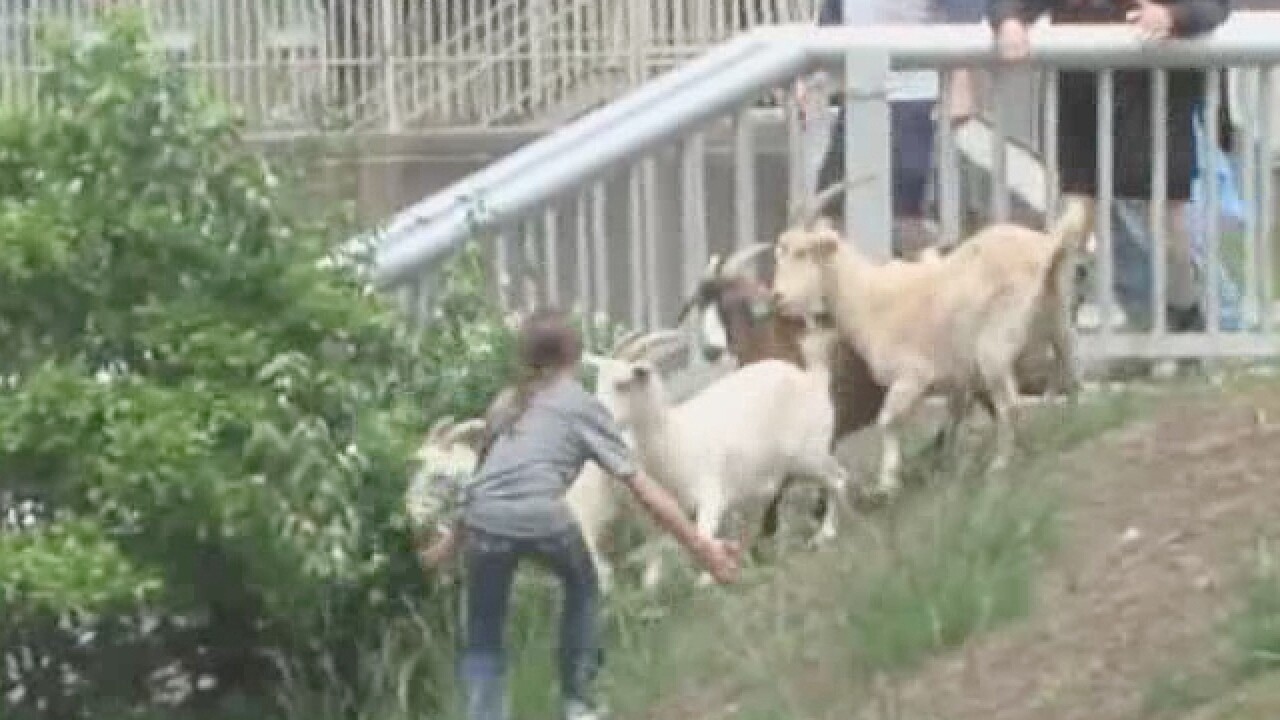 COVINGTON, Ky. -- A few goats were a little too anxious for Covington's first annual Running of the Goats; they decided to throw caution to the wind and take off without their humans.

At around 1:15 p.m. Saturday, a group of six goats escaped near the Kenton County Administration Building and began running through Covington. They passed the Farmer's Market and crossed several streets, our photographer on the scene said.

The goats were preparing to walk in a parade celebrating the opening of the market when they took their detour. Seven goats were supposed to trot through Covington, starting at the Farmers Market and ending at Goebel Park, with a group of 40 human volunteers who were to act as a barrier around them.

"They came out and then immediately started making a break for it," Amanda Regensburger, one of the volunteers, said.

The goats were identified as the Goebel Goats, who "work" seasonally at Goebel park.

WANTED: @TheGoebelGoats for Escape and Fleeing!

The search party moved from the Farmer's Market to the Covington UFO and then Devou Park. Three goats were captured in woods near the park, one was captured in a fenced-in yard near MainStrasse Village.

Owen Powell cornered some of the goats. His dad caught one.

Sunday morning, the final two of the goats were captured after spending the night in the Devou woods.

You can't stop @TheGoebelGoats ! You can only hope to contain them!

Streets of @covingtonkygov looking but like Pamplona at the moment... only with goats running instead of bulls!

Organizers said they were considering some changes for the event next year.