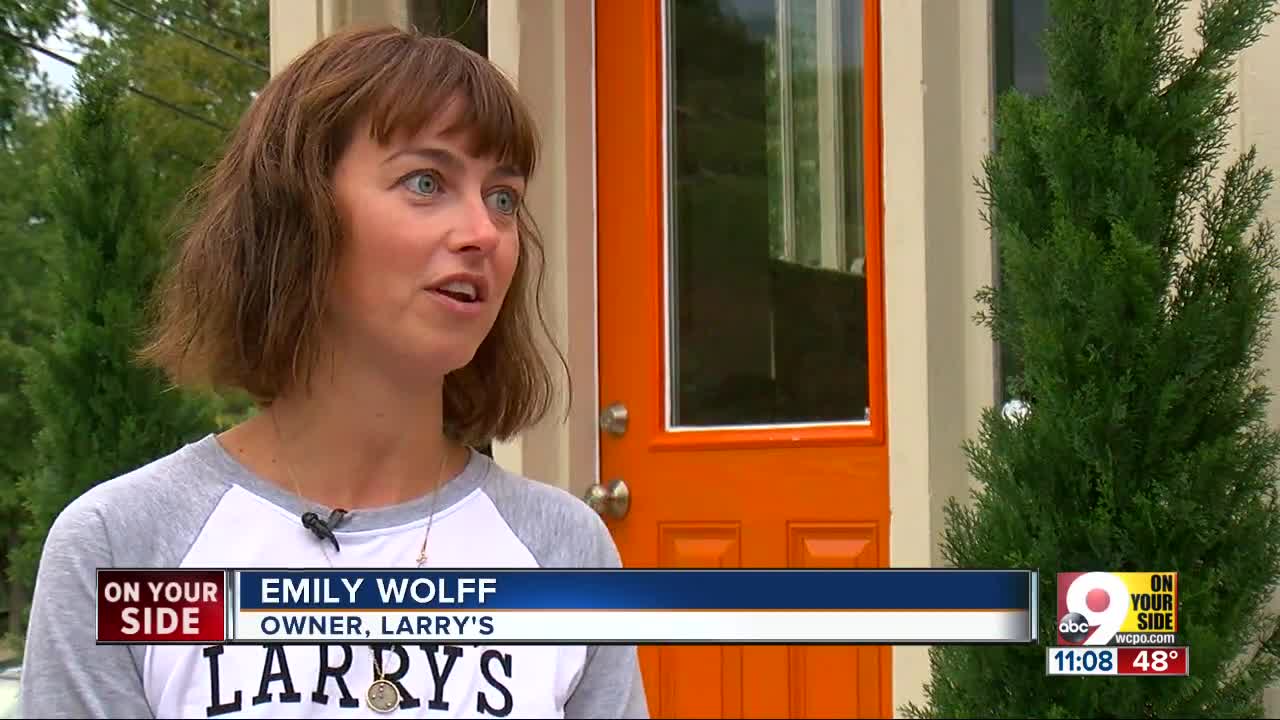 A Covington neighborhood that had been considered one of the worst areas for heroin is getting new life thanks to business owners and residents working hard to make an impact.

COVINGTON, Ky. — “This one was one of the worst. Now we're hoping it can be one of the best spots," said Emily Wolff.

From drugs to development.

A neighborhood that had been considered one of the worst areas for heroin is getting new life thanks to business owners and residents working hard to make an impact.

Larry's Neighborhood Dive Bar, which reopened on 9th Street Tuesday night, used to be part of the problem. Police raided this building not just once but twice for drugs.

Now new owners have taken hold, hoping to restore not just the building, but the neighborhood.

"It's definitely a time warp," said Wolff. "Come as you are. It sets the tone. Everyone is welcome."

Wolff and her husband, Paul Weckman, already own two Covington restaurants, but this one is different.

"If we're going to continue to live here, continue to invest and love our community. we need to put our money into some of the properties that caused problems," Wolff said.

They knew this bar came with a history.

Outside, homeowners like Chris Henry were looking forward to the weekend when they can check out Larry’s.

Henry lives a few blocks down, and he's noticed the drug issues that once plagued the block are beginning to dwindle.

"I want to walk and get something to eat, drink, have coffee, have friends, be social,” said Henry. “And have an environment that I feel safe to do so."

Back inside the bar, Maryann Wainscott was there to share a personal moment.

“We're so happy, my family is, that this is opening up," she said.

Wainscott’s grandfather, Henry Jugas, was the owner of the original Larry's Bar.

“They're opening this up. The whole menu. The venue is perfect for the area," Wainscott said.

Outside, several people were working their homes. Another sign of people working to turn this street around.