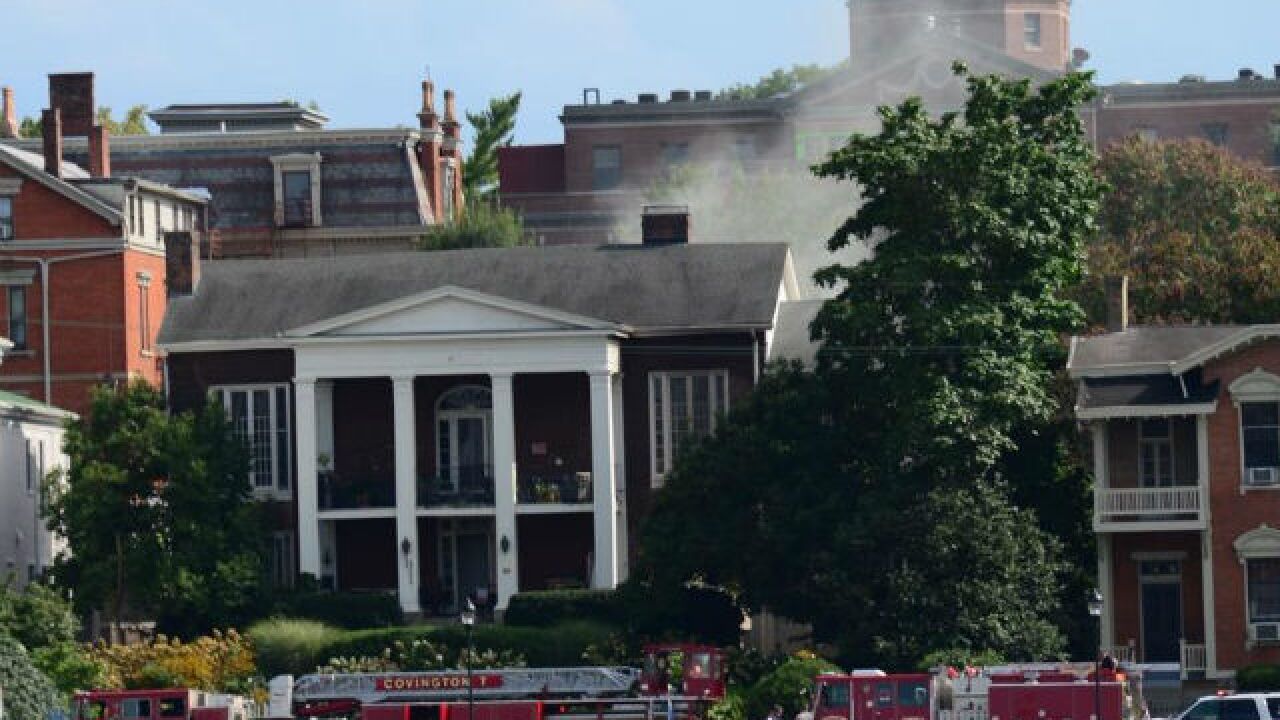 Copyright 2018 Scripps Media, Inc. All rights reserved. This material may not be published, broadcast, rewritten, or redistributed.
Ron Skulas
<p>The fire at 321 Riverside Drive, in the Licking Riverside Historic District, was contained to one unit, Covington Fire officials said.</p>

COVINGTON, Ky. -- A suspect was arrested and charged with arson in connection to a fire that hit a brick mansion on Covington’s historic riverfront late Friday afternoon.

Anthony Taylor, 29, of Erlanger was transported to St. Elizabeth Hospital for a suspected drug overdose, according to Covington Police Chief Robert Nader. Taylor will be transferred to the Kenton County Detention Center when he is cleared from the hospital.

Nader said police received a report of a suspicious person around 4 p.m. Friday at 321 Riverside Drive. As police were responding, the call was updated to a structure fire, Nader said.

The fire on Riverside Drive, in the Licking Riverside Historic District was contained to one unit, Covington Fire officials said. A woman was inside and got out safely.

At the scene, Assistant Chief Mike Bloemer told WCPO that there was a report of a subject on the front porch. Officers gathered information about the suspect at the scene and located him on the 4th Street bridge to Newport, according to police.

It's unclear when Taylor will be transferred from the hospital to the Kenton County Detention Center.

The photo above was taken from boat on the river by Ron Skulas.

The Licking Riverside Historic District was listed on the National Register of Historic Places in 1971. Mansions there were built between 1815 and 1920, according to this website.