Covington might make it easier to throw big festivals (and drink at them, too) 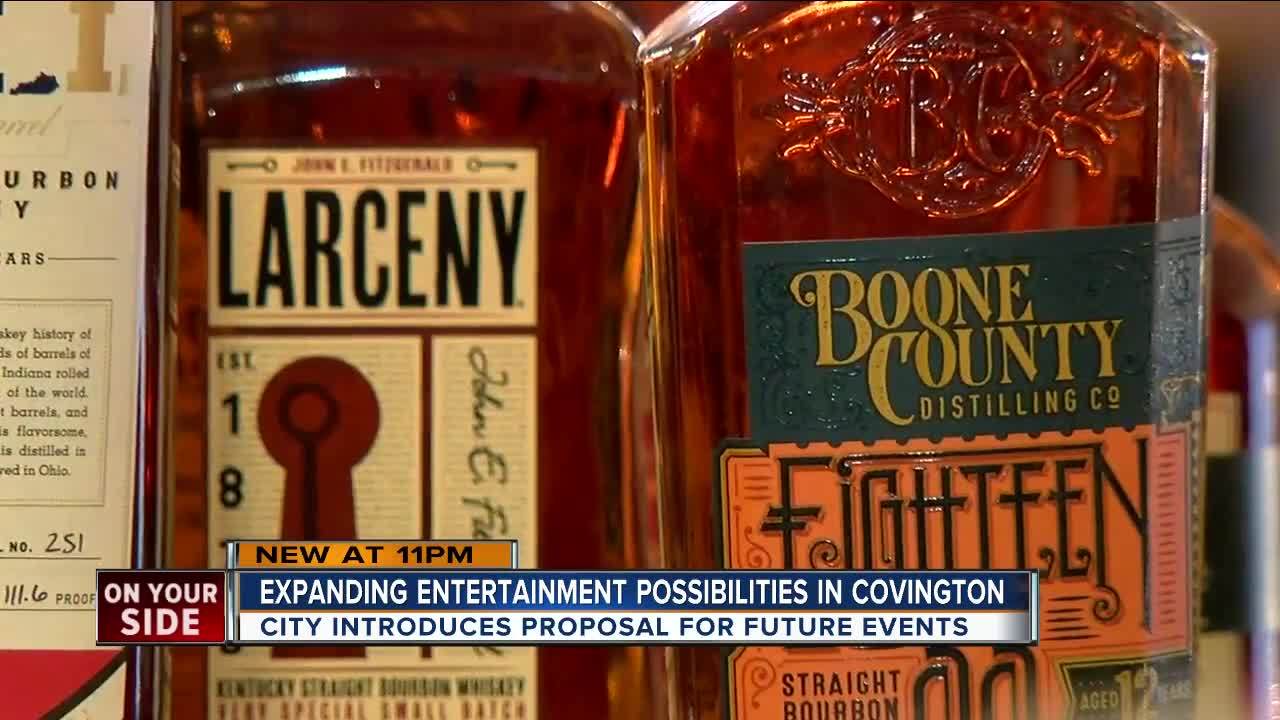 A new city proposal would expand the boundaries of Covington’s entertainment district from Madison Avenue to MainStrasse to Roebling Way, providing more room for sprawling events such as Oktoberfest. Maifest and the imminent Kentucky Edge bourbon festival.

COVINGTON, Ky. — A new city proposal would expand the boundaries of Covington’s entertainment district from Madison Avenue to MainStrasse to Roebling Way, providing more room for sprawling events such as Oktoberfest, Maifest and the imminent Kentucky Edge bourbon festival.

City Solicitor Michael Bartlett said the proposal’s passage would enable the city to set up multiple venues for single events, allowing Covingtonians to celebrate all over town.

It’s not carte blanche to treat every venue in the zone like the site of a bachelor party, he added. But it could mean an influx of business for longtime local favorites.

“It’s not like you can just pick up your favorite beverage and run wild through the City of Covington at any time,” he said. “What this does is allow us to turn on the switch more quickly if we have any type of large events that want to come in and utilize this tool.”

Smoke Justis general manager Andrew Gallo, for one, is excited.

“There’s nothing like that,” he said. “That would be a huge development. Something like this drawing more people into Northern Kentucky would be absolutely phenomenal.”

So is Grainwell co-owner Melyssa Kirn, who believes her business could benefit from added foot traffic.

“I think it will bring more people outdoors,” she said. “As it’s getting warmer, everyone enjoys the weather. It will bring in some new traffic that we normally wouldn’t have gotten.”

The city commission held its first reading of the proposal Tuesday. A second will follow in two weeks, at which point commissioners could vote.

If approved, the proposal could be implemented by late summer.