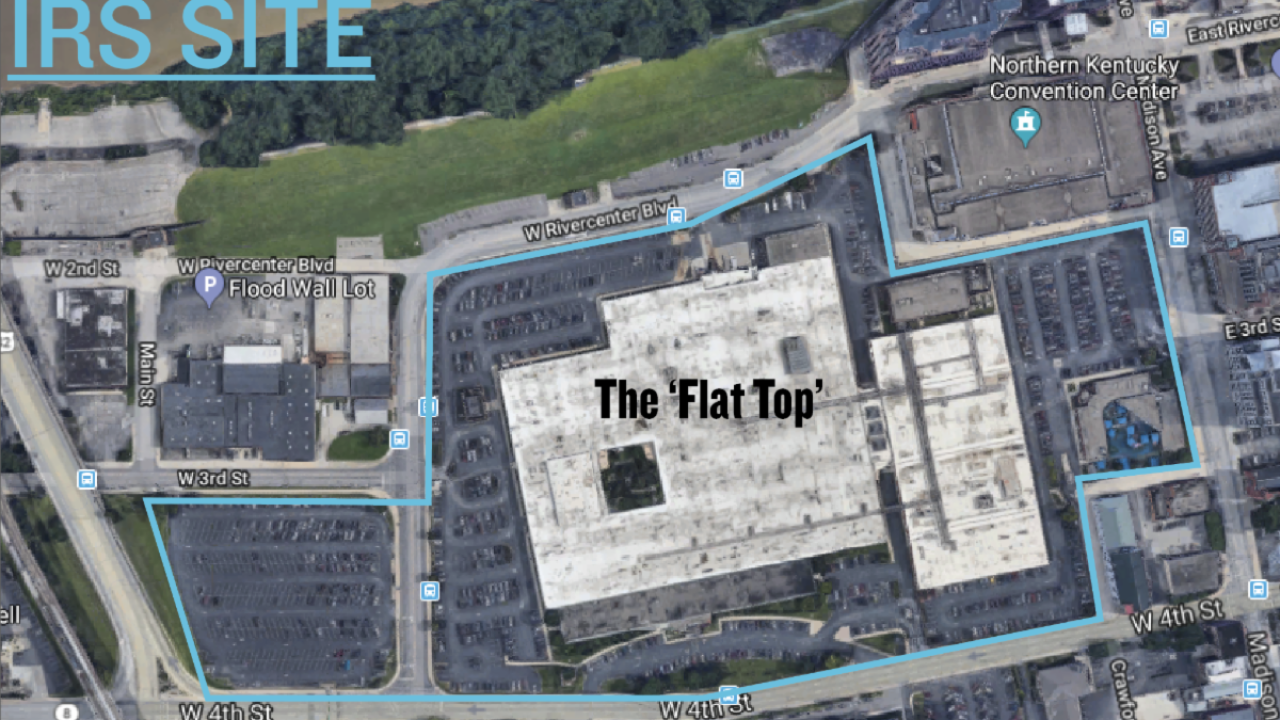 Copyright 2020 Scripps Media, Inc. All rights reserved. This material may not be published, broadcast, rewritten, or redistributed.
Provided, City of Covington
An aerial view of the former IRS processing center in Covington.

COVINGTON, Ky. — Covington is moving ahead with plans to purchase and redevelop the vacant IRS site near the NKY Convention Center, a project city leaders believe will bring jobs and benefit the local economy.

Covington’s Board of Commissioners have authorized the city to borrow enough money to purchase the 23-acre site between Third and Fourth Streets, demolish the former tax-processing facility that spreads over 17 acres and “improve the property to prepare it for private development.”

“This is clear evidence of the City's commitment to move promptly on the redevelopment of a project that will shape downtown Covington for decades, and the timing is good - the City's recent credit upgrade will help make borrowing more affordable,” Mayor Joe Meyer said in a news release Tuesday.

Commissioners approved an ordinance allowing the city up to $30 million in debt to raise funds to start the project, including $18.45 million to buy the site and $5 million to demolish the existing structure.

The IRS closed the facility last September after notifying the city in 2016 it would cease operations there after 52 years. In late 2018, Covington hired Atlanta-based global architecture and design firm Cooper Carry to create a conceptual master plan for how it could be developed.

City Manager David Johnston said Moody's Investors Service announced last month that it was upgrading Covington’s credit rating for the second time in two years, a move he said will save taxpayers millions of dollars in financing costs.

“We want to get this site ready for market ASAP," Johnston said. "It is not our goal as a City to own or hold on to privately developable property. Thus we're not going to be lethargic in our actions."

City leaders say among the goals of the redevelopment are creating more jobs and revenue, a "walkable, driveable street grid" and a mix of outdoor and indoor spaces, and "enhanced connections to the Ohio River."