Covington bars can sell alcohol as early as 6 a.m. on St. Patrick’s Day 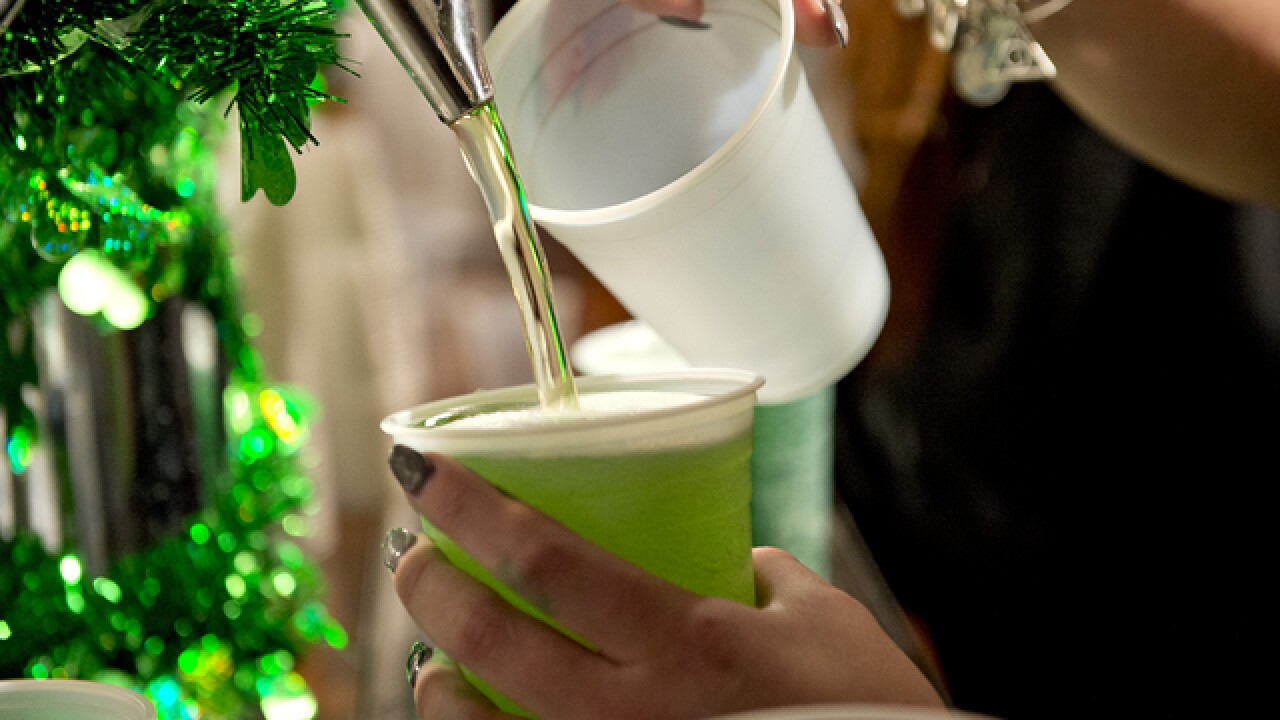 Copyright 2018 Scripps Media, Inc. All rights reserved. This material may not be published, broadcast, rewritten, or redistributed.
David Sorcher
Covington bars opened early to welcome St. Patrick&#39;s Day partiers on March 17, 2018. A little drop of food coloring in the bottom of the glass turns beer green at the Cock and Bull Public House. Photo: David Sorcher

The Irish pub is one of the Covington restaurants to get permission to start serving alcohol at 6 a.m. on St. Patrick’s Day on Sunday, March 17. (Existing laws had banned alcohol sales until 9 a.m. Sunday.)

The City Commission voted 5-0 Tuesday night to make an exception to alcohol laws for businesses who obtain a City Special Event permit and the necessary alcohol-related Special Temporary Licenses from the city and state.

The city had previously granted exceptions on two occasions: when the Bengals played in London in 2016 and for the Flying Pig Marathon in 2017. But Tuesday’s vote means businesses won’t have to go through the four-week process of getting City Commission approval for early alcohol sales, City Solicitor Michael Bartlett said.

“This ordinance revision gives the City the ability to approve future requests without enacting legislation each time - yet still have safeguards in place - on those rare occasions when businesses or organizations want to serve alcohol for special events early on Sundays,” Bartlett said.

On its Facebook page, Molly Malone’s calls its event the “biggest St. Patrick’s Day party in the tristate.”

Kegs and Eggs start at 7 a.m. and runs until “the wee hours of the morning.” The pub will have all three of its floors open, and an outdoor tent will feature live Irish bands, dancers and food.