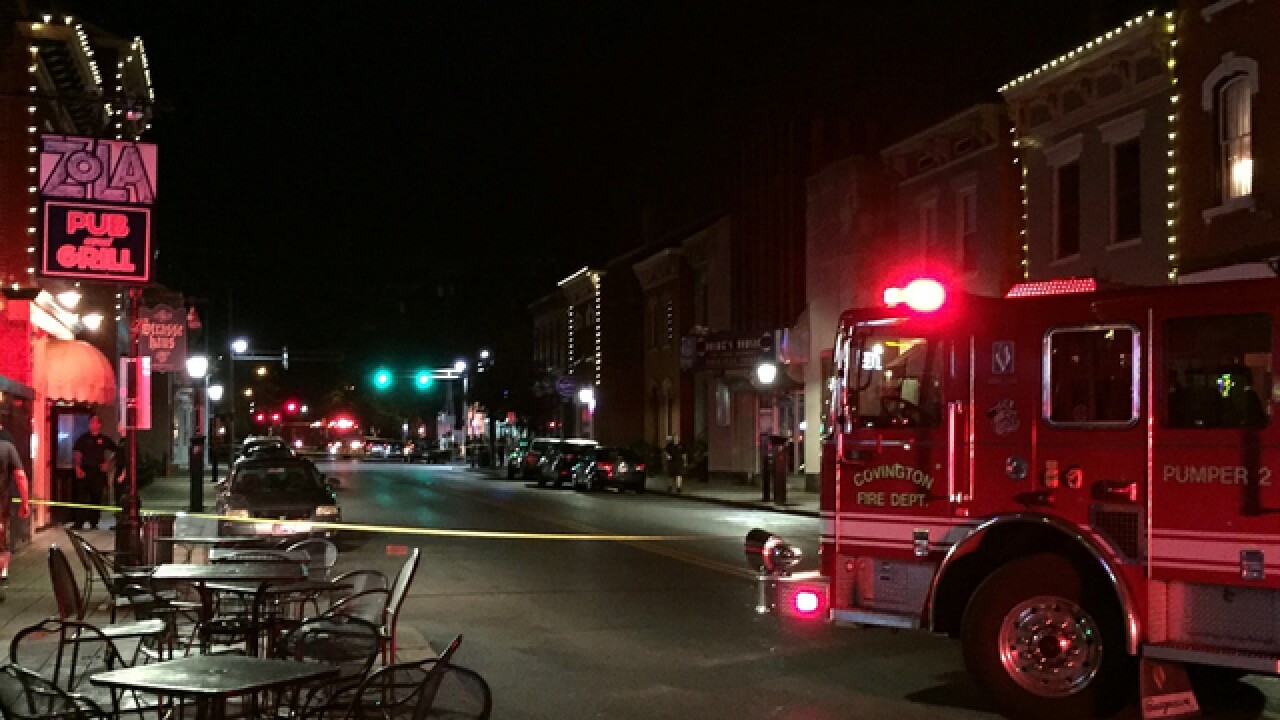 COVINGTON, Ky. -- Covington authorities shut down parts of Mainstrasse Village Tuesday night after receiving a call about a "suspicious bag" in the Bean Haus Bakery and Cafe. The package was later determined to contain no illicit items, and authorities gave the all-clear around 11 p.m.

The "suspicious bag" call was made around 8:45 p.m. by the owner of Bean Haus, authorities said. Covington Police wrote in a news release that the owner said a "suspicious male came into his shop with a backpack, set the backpack down by the counter and then abruptly left the store."

Local police and fire departments evacuated multiple bars while they conducted their investigation, according to Old Kentucky Bourbon Bar employee Todd Patton. The Cincinnati Fire Department's bomb squad was also on the scene.

Police said all parties to this incident were located and questioned, and it has been determined that this incident was not criminal in nature. No charges will be filed.

The Covington Police wishes to thank the Cincinnati Bomb Squad for its response and assistance with this incident. They also remind citizens to say something if they ever see something suspicious in their neighborhoods.