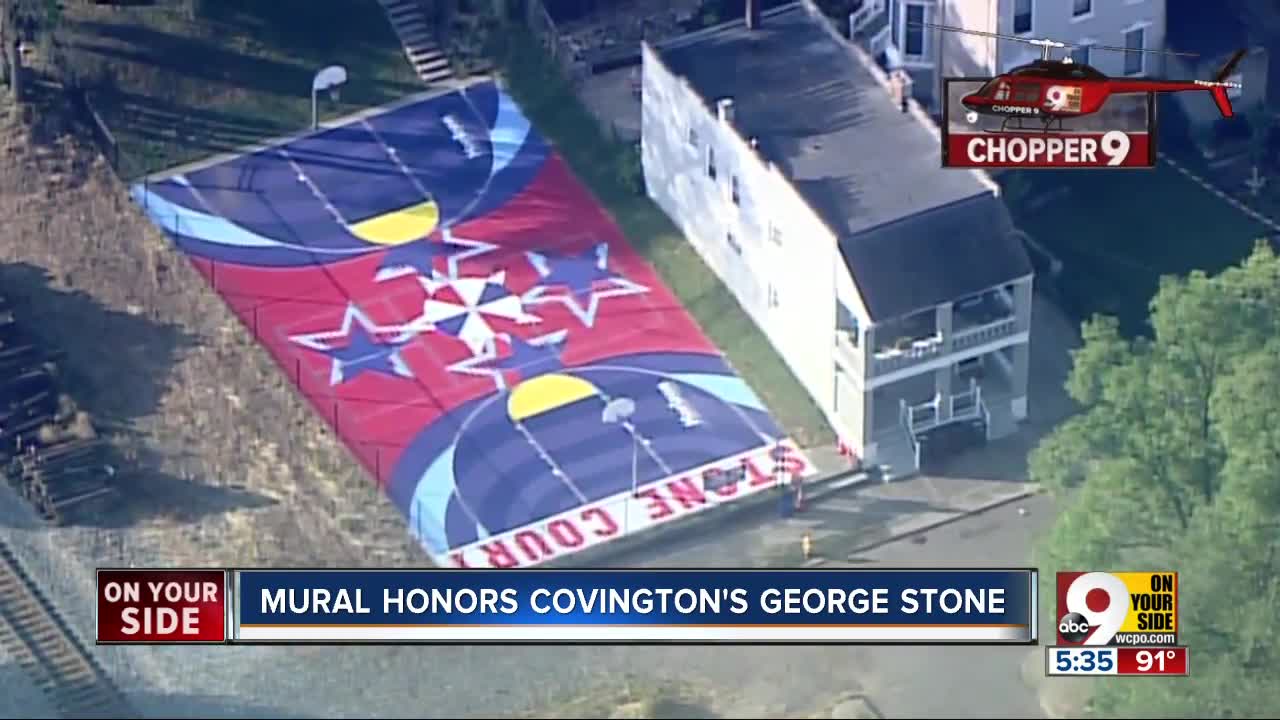 George Stone was a Covington basketball legend, a college star at Marshall and a five-year pro in the American Basketball Association, winning the 1971 ABA championship with the LA Stars.

Covington is honoring a local basketball legend with a colorfully painted basketball court.

The bold design honors George Stone, a high-scoring star at William Grant High School who went on to an outstanding career at Marshall University and four pro seasons in the American Basketball Association.

The center piece – the red, white and blue ABA ball surrounded by four large stars - honors Stone’s four seasons with the LA and Utah Stars and his team's ABA title over the Kentucky Colonels in 1971.

The court is not too far from where Stone grew up in West Covington.

Marty Brennaman used to call ABA games, so there is a chance they crossed paths back in the day.

The Covington design firm that painted this court hopes to work on more courts like this across Boone, Campbell and Kenton counties. At least a dozen other locations are under discussion.