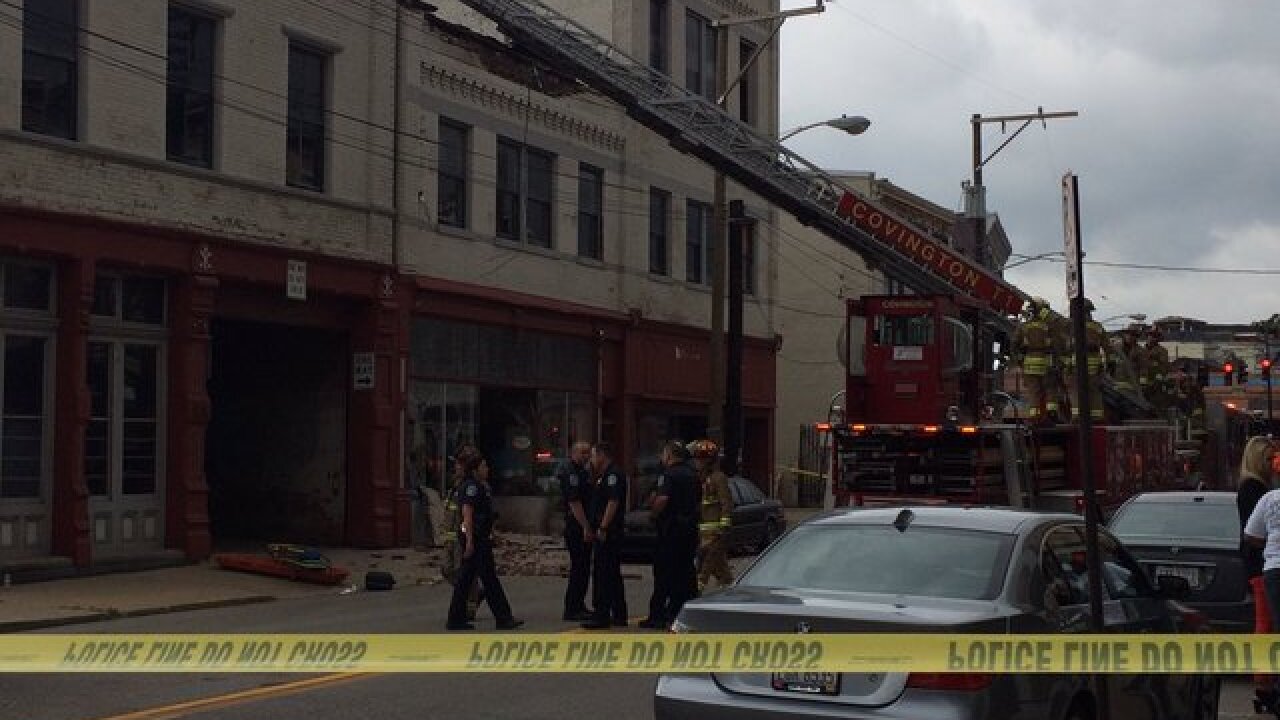 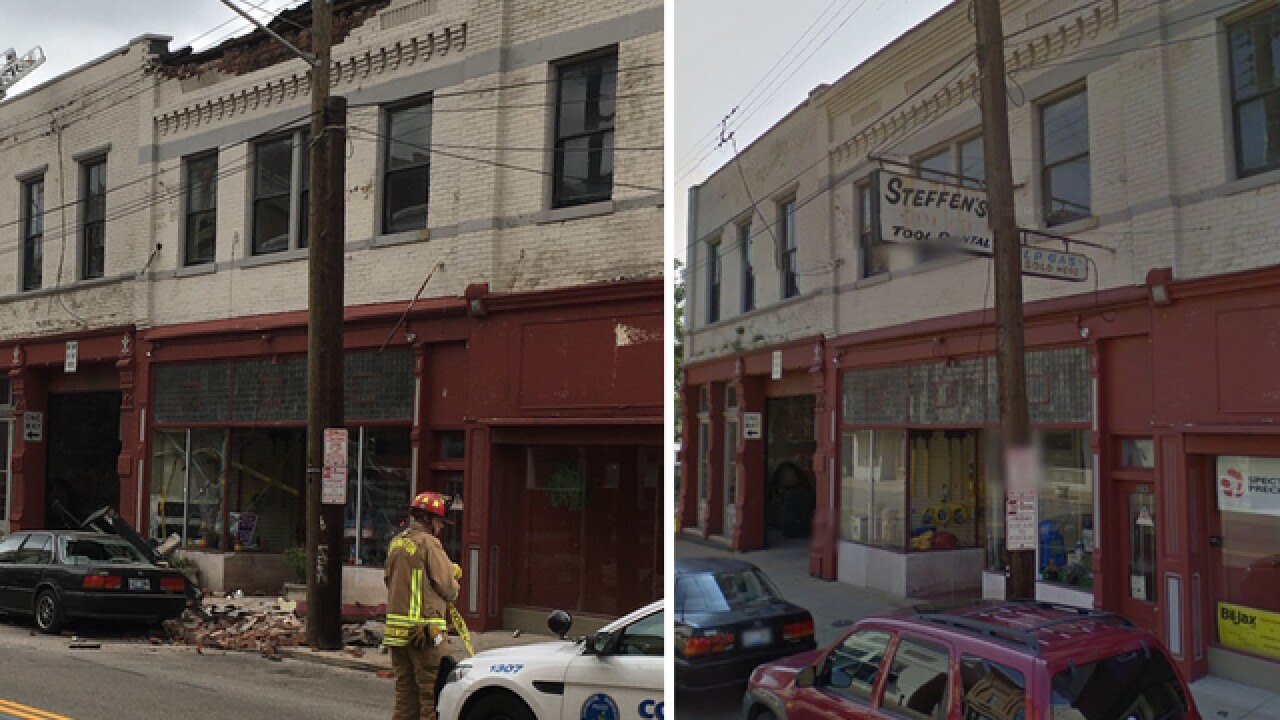 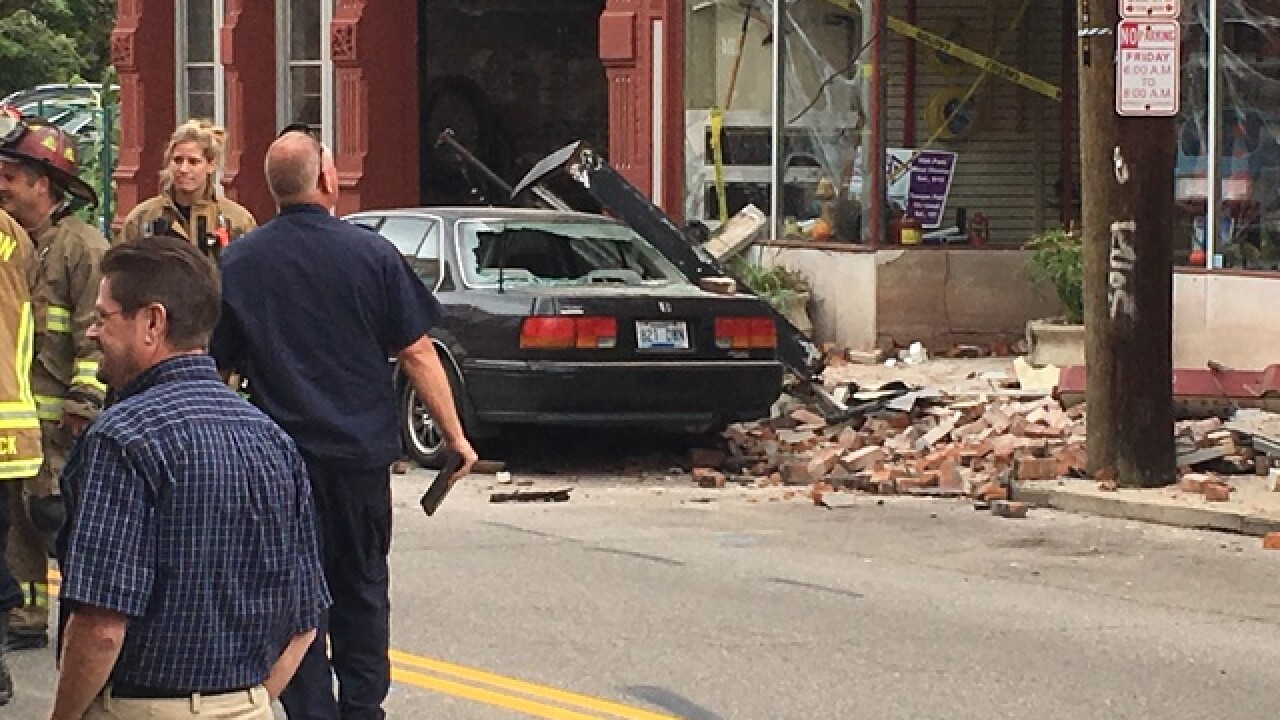 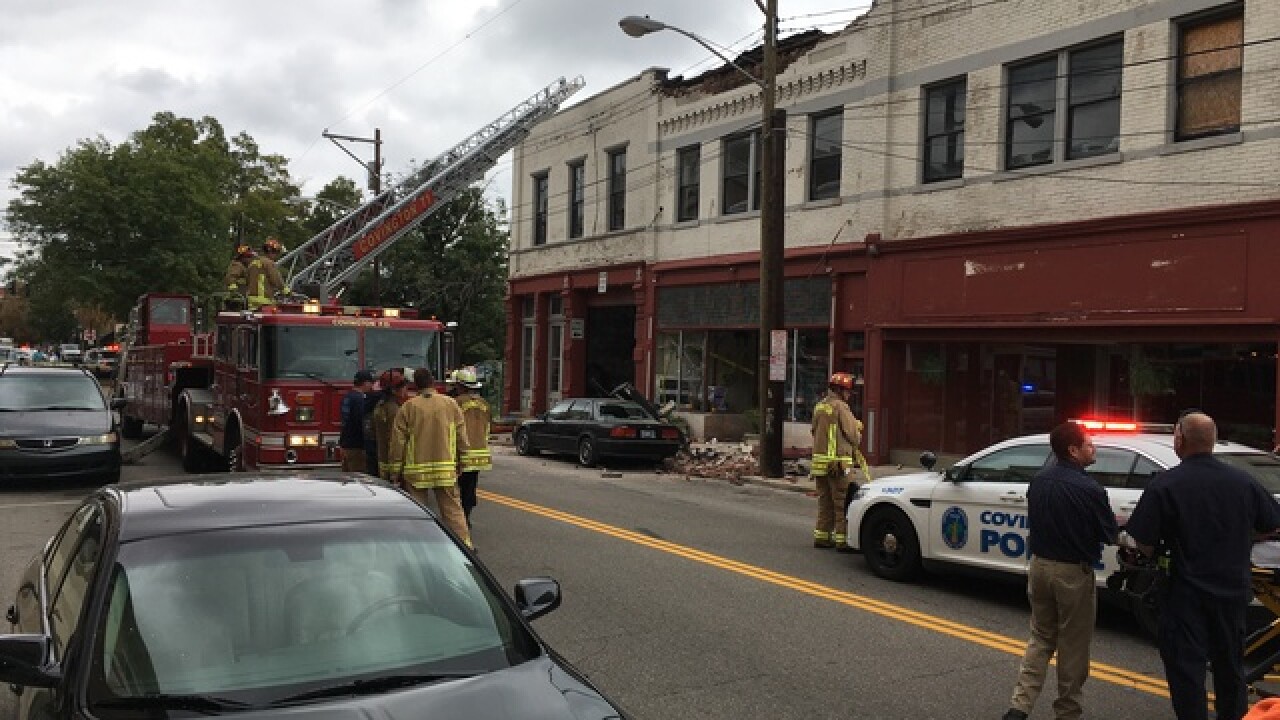 COVINGTON, Ky. -- Four women chaperoning a school field trip were injured and transported to area hospitals when a roof partially collapsed on a building at 121 W. Pike St. around 11:20 a.m. Thursday. Two remained in the hospital overnight, and at least one was said to be in critical condition.

Roofers had been working atop the century-old Steffen's Tool Rental building, although Covington Fire Chief Dan Mathew said that work may not be related to the partial collapse.

About 20 eighth-grade students from Immaculate Heart of Mary Catholic School in Burlington were on the block for a field trip involving work at the Parish Kitchen when the building collapsed, according to Mathew and a Diocese of Covington spokesman. No children were injured.

Three of the injured women went to the University of Cincinnati Medical Center and the fourth woman went to a Covington hospital. Mathew said the injuries did not appear to be life-threatening.

"They were all conscious when we transported them," Mathew said.

Steven Tool Rental sign and part of their building collapses. Crews on scene. Multiple injuries. Not sure how serious pic.twitter.com/XmiEnFshZ9

Valerie McNamara, said to be the woman whose injuries were most severe, teaches religion at Immaculate Heart of Mary. Father Nicholas Rottman said she and the other victims may have a long road to recovery ahead of them, and he requested that people who heard about the incident pray for them to heal.

"I know she's in the arms of God right now. I believe that," said Pat Mueller, who works with McNamara. "And I know of all people, He's right there with her."

An engineer from Kentucky Task Force-1 evaluated the building and found it was structurally unsafe for occupation, the Covington Fire Department announced Thursday afternoon. The owner will be hiring an engineering firm to further evaluate the structure.

West Pike Street will remain closed between Russell and Washington until the evaluation is completed.