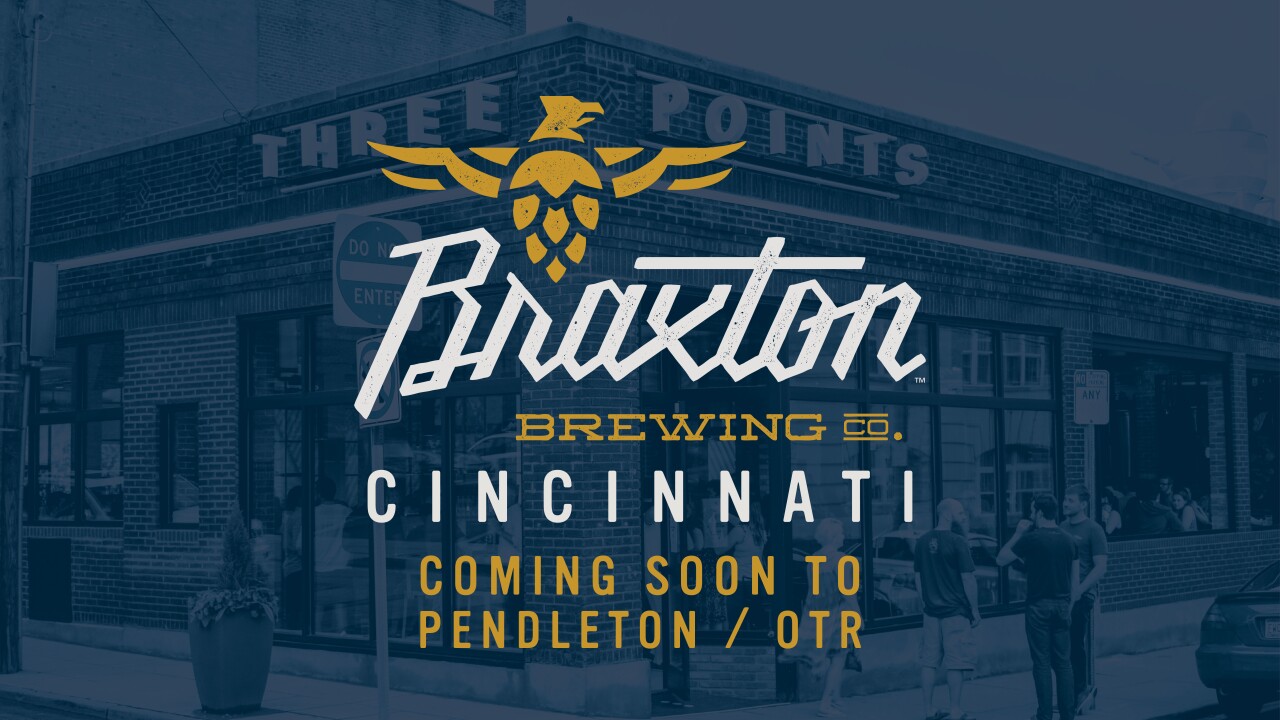 The company announced Tuesday morning that it had acquired 3 Points Urban Brewery, located in the Pendleton neighborhood near downtown Cincinnati.

“It’s incredible to finally have a location and a home in Cincinnati proper,” Jake Rouse, co-founder and CEO of Braxton Brewery, said. "Since we’ve opened our doors, we have always felt we had two homes – one in Covington and one in Cincinnati. Now, we actually do."

“We’re proud of the way we’ve seen 3 Points grow in Pendleton, and even more excited to watch Braxton help take this location to another level,” Jack Weston, principal of Hickory Wald, the previous owners of 3 Points Urban Brewing, said.

Hickory Wald will now be focusing on their Nation Kitchen and Bar business.

Bobby Maly, developer of the Broadway Street revitalization in Pendleton and CEO of the Model Group, said, "Attracting a premier brewing company like Braxton into 3 Points is a testament to Pendleton’s growth."

The new location will open later in 2020.