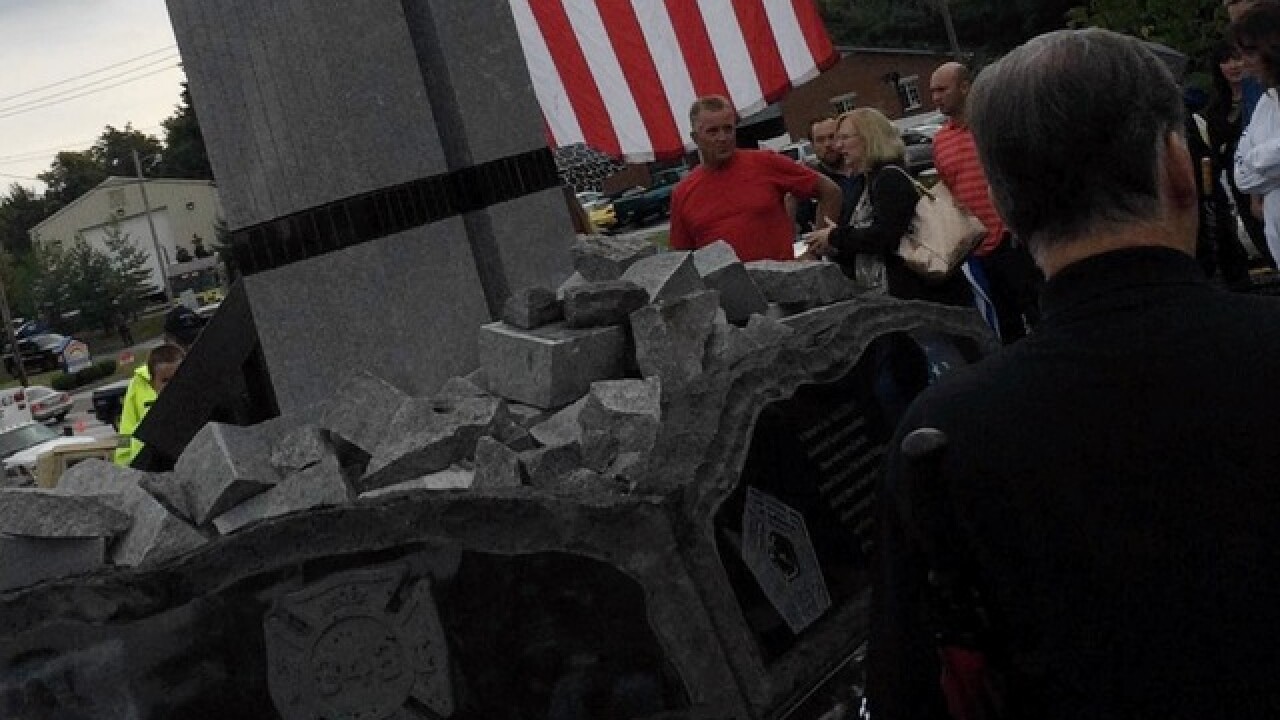 COVINGTON, Ky. -- It's been 14 years since thousands lost their lives.

The fifth-grade students at Latonia Elementary School weren't even born when the Sept. 11 terrorist attacks occurred.

Jim Kronicz, a survivor from that day's attacks in New York, spent the anniversary making sure those students knew what happened from an eyewitness.

"Certain history should not get lost, and this is one of them," he said.

Kronicz now lives and works in the Tri-State, and he rarely talks about that dreadful day.

"It's kind of like the World War II veterans and Vietnam veterans and that," he said. "They don't bring it up unless they're asked."

For the fifth-grade classes, Kronicz held back part of the story -- the kids are still too young, he said.

"I would never scare them," Kronicz said. "There are certain things they don't need to know. As they get older, they probably will."

Still, they did learn how thousands of people died -- from someone who lived.

"He impressed me was how he came in here with a good attitude and not crying and just depressed," student T.J. Harrington said. "He was, like, good about it."

Kronicz's story was just one of the ways people remembered 9/11 in the Tri-State. The city of Crescent Springs, Kentucky unveiled a memorial dedicated to the firefighters, police officers, airline workers, civilians and military personnel killed in the terrorist attacks, and to those who survived.

On Ohio, nearly 3,000 flags are on display on the lawn of the Statehouse in Columbus to mark the 14th anniversary. The display was part of a remembrance ceremony held Friday. The Capitol Square Review and Advisory Board said the flags represent the lives lost during the 2001 attacks.

When seen from above, the flags' arrangement is designed to represent the World Trade Center towers, with a space in the shape of the Pentagon and an open strip representing the field in Pennsylvania where United Airlines Flight 93 crashed.

The flags can be seen at the Statehouse through Monday.