$20 million Hotel Covington expansion will include jobs, suites and — most important — bourbon 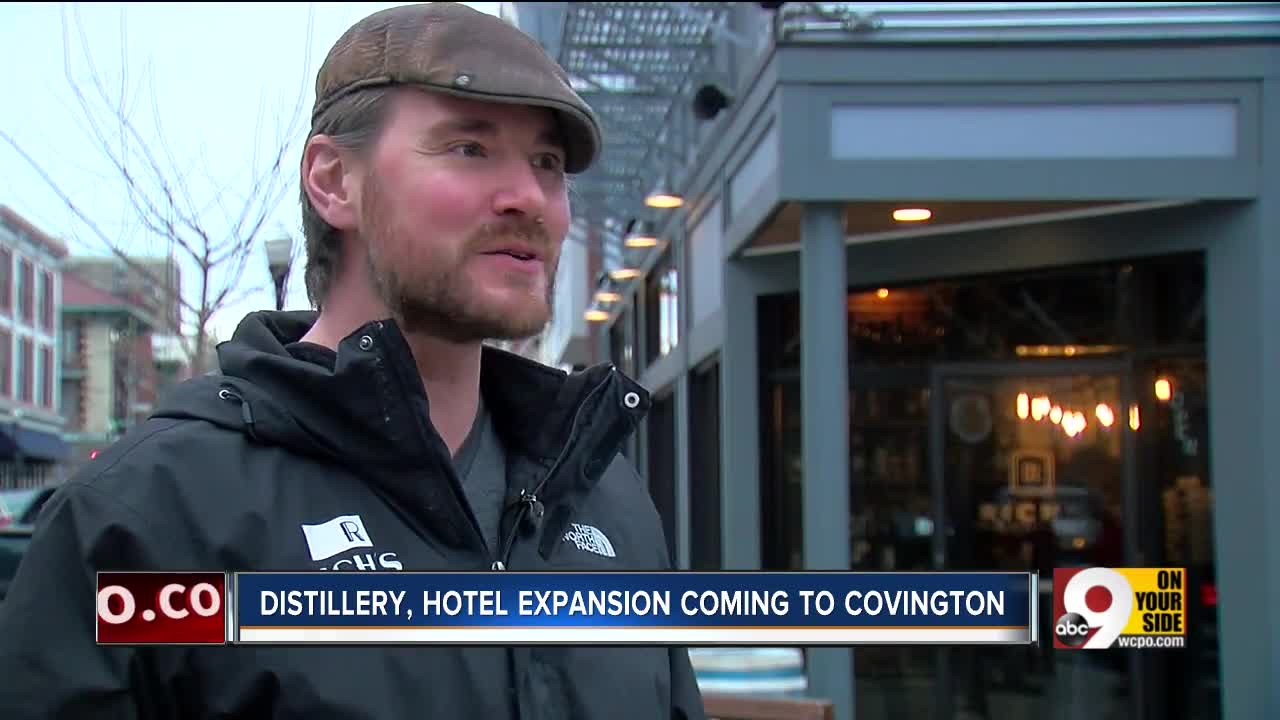 Ten-year-old Bryce George knows how lucky he is, he said Friday night. Although he’s had type 1 diabetes since he was a toddler, his family can afford to take care of him — both his parents have insurance, allowing them to purchase the insulin he needs to balance his blood sugar for only about $100 each month. A planned extension of Hotel Covington will bring $20 million and 100 new jobs to downtown Covington, cementing the area’s status as what Mayor Joe Meyer calls “an overnight success based on the back of 40 years’ blood, sweat and tears to try to get things right.”

COVINGTON, Ky. — A planned extension of Hotel Covington will bring $20 million and 100 new jobs to downtown Covington, cementing the area’s status as what Mayor Joe Meyer calls “an overnight success based on the back of 40 years’ blood, sweat and tears to try to get things right.”

Bill Whitlow, owner of Rich’s Proper Food and Drink, said Friday night he remembers when people were less eager to live in his city. He moved there in 2012, before it was bustling, and he watched the downtown area grow up around a handful of Madison Avenue anchors: Hotel Covington, Braxton Brewery and the Madison Event Center.

“(Now,) people are taking pride in the city,” he said. “Moving to the city. People are rehabbing buildings everywhere. Every building down here is under construction.”

The Hotel Covington expansion is a project of the Salyers Group, which plans to add 12,000 square feet of street-level retail space, 60 VIP suite hotel rooms, 27,000 square feet of office space and — most notably — an urban bourbon distillery.

Whitlow was excited to hear all of it.

“I was going to do cartwheels,” he said. “It’s just super exciting. This area is going to grow even more than we expected and even knew that it was going to be able to do. There’s so much fun stuff coming to town.”

Meyer, whose commitment to revitalizing Covington extends back to the 1970s, said he’s just pleased to see decades of hard work pay off. As recently as 10 years ago, the level of traffic, investment and excitement permeating his community would have been unforeseeable to all but the very optimistic.

Now, he said, Covington has reached its long-awaited tipping point. For many business owners and developers, buying in no longer feels like a risk.

For Meyer, the excitement confirms what he’s always known.

“Covington is the best side of Cincinnati,” he said. “You can live in Covington. We’re much more affordable. We’re much closer to downtown than most neighborhoods in Cincinnati. Buy Covington, get Cincinnati for free.”