There is another glitch in Ohio's new PUA unemployment system leaving affected workers waiting for benefits they desperately need. 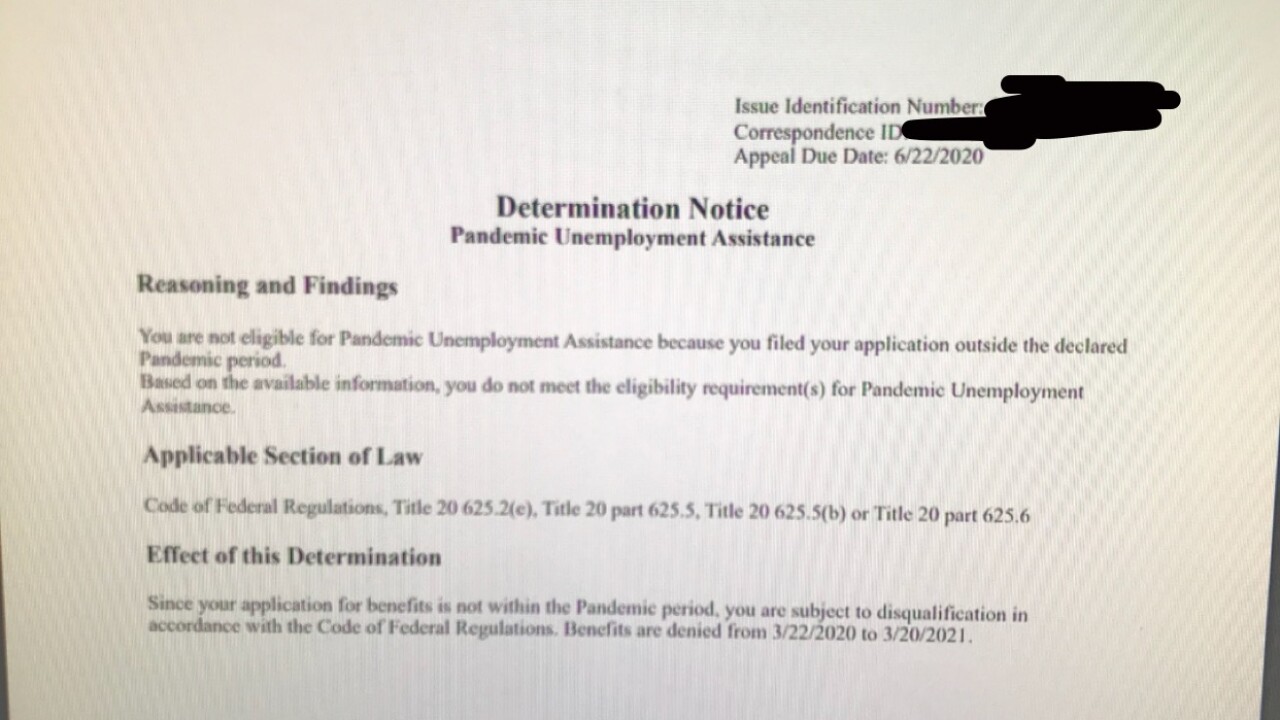 There is another glitch in Ohio's new Pandemic Unemployment Assistance (PUA) program that has left affected workers waiting for benefits they desperately need.

Workers applying for PUA said they have been sent letters stating they are ineligible for benefits because they applied "outside the declared pandemic period."

Of course, there is just one problem.

We are still in the pandemic period.

"It certainly is very concerning," said Kimberly Hall, Ohio Job and Family Services Director. "We certainly want everyone who is eligible to apply."

Hall said concerned workers personally e-mailed her about the issue, that it appears to be a computer system error, and she has instructed staff to work to quickly fix the latest in a series of challenges related to the new PUA system.

"PUA was a brand new program; the federal government kind of made it up and then states had to build a system or expand existing systems to respond to that," she said.

On May 20, ODJFS revealed that PUA applicants' personal information was exposed online after a data leak.

Ohio was also one the last states to set up its PUA program and begin to process payments for workers.

Related: Why was Ohio one of the last states to pay unemployed workers PUA?

PUA was created by Congress as part of the CARES Act to provide unemployment benefits to workers who fail to qualify under regular unemployment, including self-employed workers, gig workers, and people with a short work history.

Despite problems, as of Thursday, Hall said, Ohio had paid about $2.9 billion in PUA payments to approximately 338,000 workers.