State vows to increase testing to protect the most vulnerable 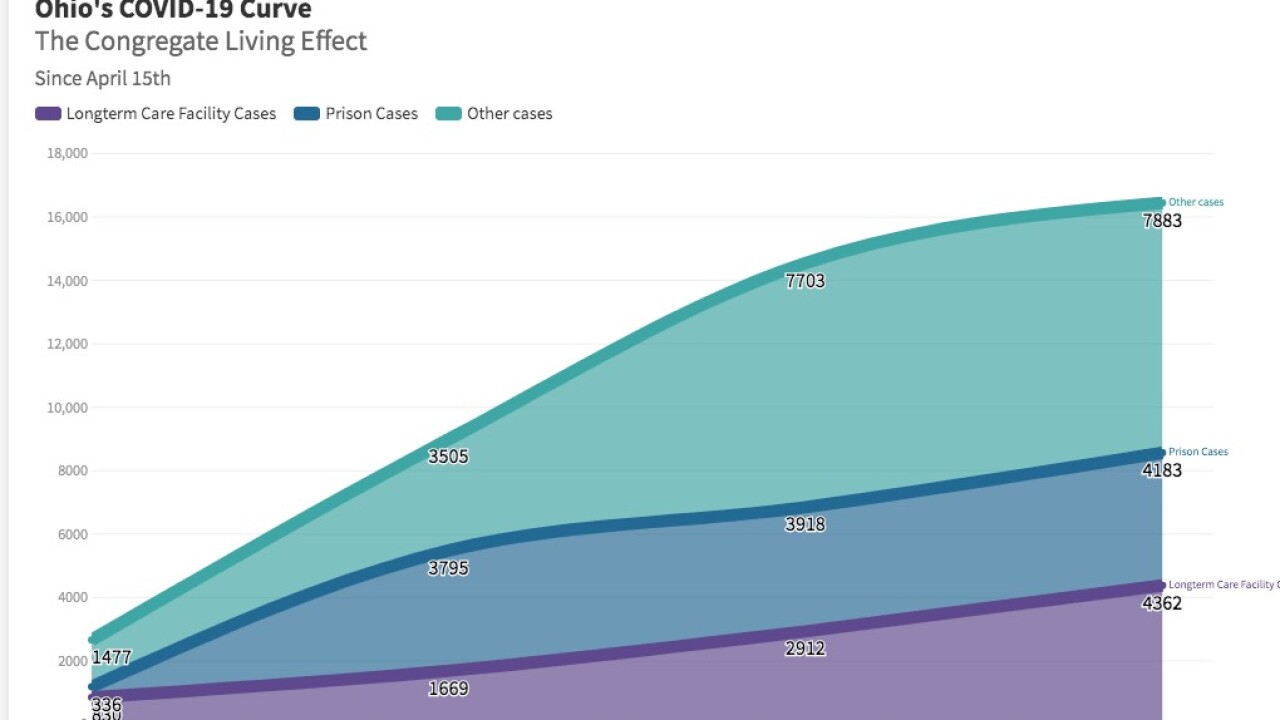 Longterm care facilities and prisons have accounted for 52% of Ohio's COVID-19 cases since new reporting requirements were instituted on April 15, when nursing homes and assisted living facilities began reporting cases to the Ohio Department of Health.

As you can see in the graphic below, there were 16,428 cases in Ohio in the four-week period ending May 6. During that same period, longterm care facilities had 4,362 COVID-19 cases, including both residents and employees. Prison communities (Marion and Pickaway Counties) had 4,183 cases during that same period. Cases outside of longterm care facilities and prisons made up 48% of cases.

In Cuyahoga County, the 278 cases in longterm care facilities starting April 15 account for roughly 10% of all cases in the county since the first case was diagnosed March 9.

Cuyahoga County's 43 longterm care deaths make up 31% of all deaths in the county since March. Lucas County has reported 65 deaths at longterm care facilities, Mahoning and Frankling Counties 46.

Summit and Stark Counties each have 33 deaths at longterm care facilities, making up roughly half the deaths in those counties.